How does this fuel tank assembly work?

I have a mini excavator (Terex HR16). I am trying to understand how the fuel tank assembly works.

I was experiencing intermittent engine sputtering, sudden loss of power, and sometimes the engine dying. A mechanic told me it was very probably the fuel system. The fuel filter was changed very recently, so he said there was a good chance it was due to a clog in the tank or fuel line from that. After a bit of experimentation with the easily-ish accessible parts of the fuel line, I decided to remove the tank and clean it out. I did manage to get the engine running again, but I don't fully understand how.

Refer the image below for points A through E. The actual question is in the next section.

After cleaning and reassembly the engine didn't run immediately. I could see that the water separator wasn't filling, even though I let the fuel pump run for a bit. I would have thought that the fuel pump would create the required suction in C and pull fuel from the tank. It did not.

I then re-removed the fuel line from the water separator – which is located lower than the fuel tank – and blew into it. I could hear bubbling from the tank.

Fuel immediately started flowing unaided by any pump. Now drenched in diesel, I quickly reconnected the tube to the water separator.

After this, and a few more minutes of fuel pump action to fill the other end of the line, engine sprang to life, no problem.

I don't understand at all why the fuel started flowing. To my mind, it seems I would have emptied the dip-tube and hose with the blowing. Having my end open to the atmosphere, I would simply think the fuel would settle at the tank level within the diptube. In stead, it rises to the top of the tube and starts flowing like a siphon.

What initiates this siphon effect?

EDIT A comment suggests that by blowing into the tank, I created an overpressure that forced fuel up the dip tube and started the siphon-effect.

This makes sense to a point: A good blow would have enough displacement to fill the diptube and start the siphon effect. However if the system was sealed (with the fuel cap on) this would also mean that underpressure would build up in tank as fuel was drawn, which should stop the flow at some point. So this really only makes sense if either the system is only semi-closed, so that any pressure difference can be relieved, but only slowly, or – perhaps – E also functions as a vent, but perhaps only when the engine is running. 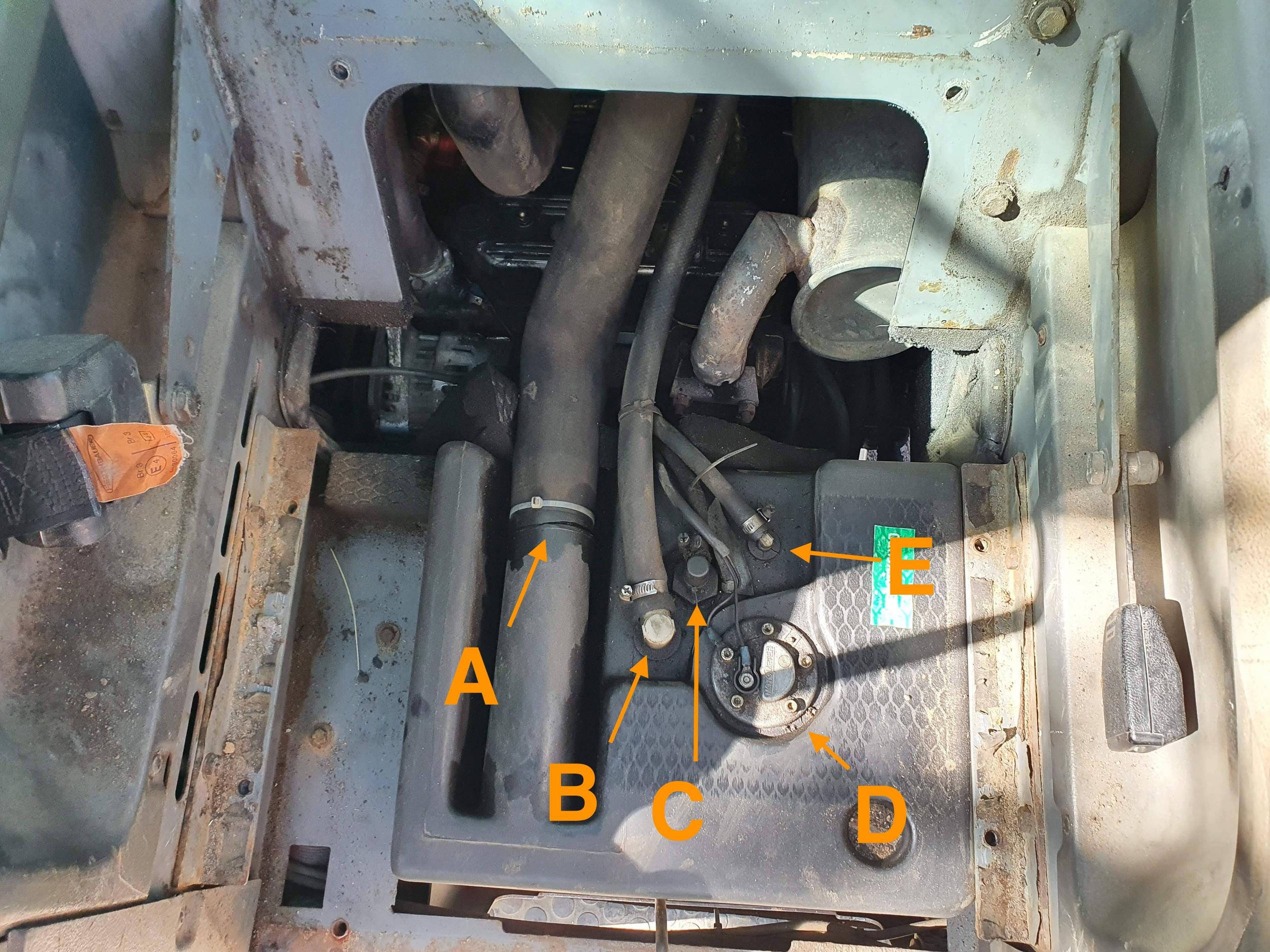 Browse other questions tagged fuel-system diesel fuel-tank or ask your own question.

10
How do I safely siphon gas from a tank?
7
How easy (is it possible) for an amateur to change the drain tube of a motorbike fuel tank?
1
fuel tank always be full at 90%
24
Small amount of wrong fuel type put in the tank
0
Fuel Tank Capacity