I have a problem with the hood release mechanism of my Ford Fiesta 1.4 TDCi Zetec (58 reg). The hood release cable in the driver footwell offers resistance but fails to pop the hood as usual. I have also tried pulling the cable further than it usually goes with pliers. This means I can't access my dead battery and so can't drive the car to a garage.

I have tried wiggling the cable while someone else applies pressure to the hood, and poking around under the hood with a screwdriver and torch to see if I could work it free, but have had no luck. I've also called a mechanic to look at it who was similarly stumped and suggest I look up videos online, but I couldn't find anything relevant.

In light of all this, is there a way I could open this? Even if it isn't a permanent fix, I would like to avoid a tow out fee by just jump starting the car and then I could get a proper fix at a garage.

Below is an image from Google, which looks to be the same model as my car, to illustrate what the interior latch mechanism looks like. 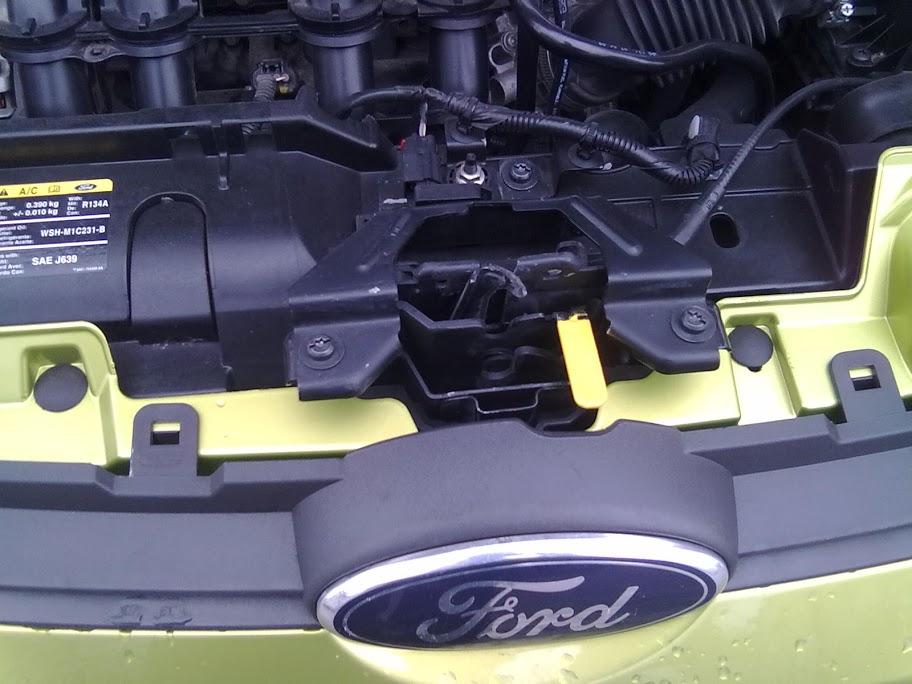 Browse other questions tagged ford fiesta hood latch or ask your own question.