AC Delco | Should this be worrying me? The battery is just 9 months old

Should this be worrying me? The battery is just 9 months old. 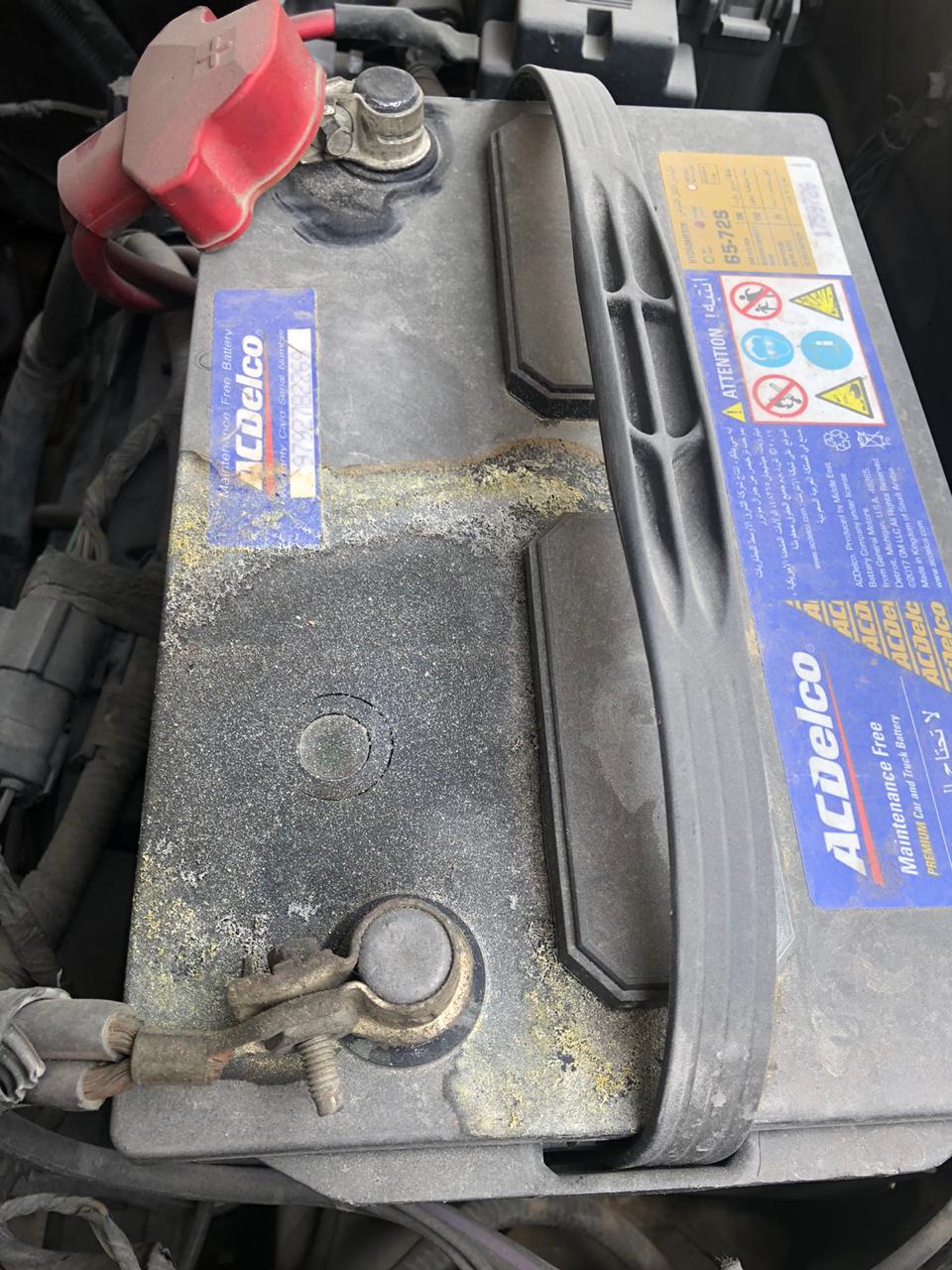 It looks to me as the battery has been boiled, meaning the alternator overcharged it. This has several implications:

I agree with Solar Mike on the other part, which is to clean the top of the battery and applying grease to the posts to prevent corrosion.

Looks like the green eye is leaking a tiny amount of electrolyte and the liquid layer on the battery collects dust. (Those green indicators are almost pointless, but they probably sell the batteries better.)

The leak is minor and probably won't affect the battery performance.

It is, however, probably enough to cause accelerated corrosion of the battery terminals or nearby sheet metal.

Depending on where you live, you may (or may not) be able to ask for a replacement under warranty.

Update: Why I think so

Remove, clean and put some grease or petroleum jelly on the terminals.

Not the answer you're looking for? Browse other questions tagged ford battery car explorer or ask your own question.

1
Is this plan to use old 12V battery until it fails a good one?
7
Is white powder on the battery terminals harmful?
10
Does this crack in a battery terminal post indicate that the battery should be replaced?
3
is it just the battery
3
How old a battery age is acceptable?
15
Battery removal or just disconnect neg. terminal
2
Change a new battery without driving for three months or wait
1
Connected battery the wrong way, what should I do?