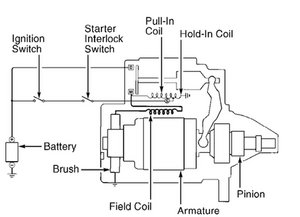 45
Jump starting a dead battery: Connect black wire to negative pole of battery or grounded metal?
6
Is it necessary to have the good car's engine running when jumpstarting
20
Should negative trickle charger clips be attached to the battery negative terminal, or ground?
11
Why do attempts to charge a flat car battery with an electronic battery pack give results as if there's a short circuit?
5
How should I properly connect a high-current accessory?
16
Why don't I get shocked constantly?
2
Why would connecting jumper cables from another car cause the receiving car to go completely dark?
3
Starting car for first time in several months; arcing and turning of an electric motor when reconnecting negative terminal
1
Thicker ground cable from battery
1
Why connect negative during jumper start?