I recently bought a Mitsubishi Tredia 1985, but I've no idea on its super shift transmission gearbox. I can see there are two modes in super shifting gear as star icon (power) and E letter for the economy.

I want to know what is the use of those two modes and which mode is suitable for fuel-saving also when is a suitable moment to switch between those gear modes.

Below is the example of the super shifting transmission.

I've finally found the answer to the above query. There are two types of modes coming in even modern cars such as PRIUS, POWER MODE and ECO MODE.

ECO MODE
A lot of times people don't fully understand what those actually are the economy mode what that's going to do is that's for situations where you're doing a lot of shifting up and down a lot of accelerating decelerating.

Typically it is like a city driving what you can do in order to kind of increase your fuel economy. I guess decrease the level of fuel consumption you can go ahead and press that echo mode and that's going to go to make your vehicle much more fuel-efficient.

The one drawback to that will be that your level of acceleration is going to take a little bit longer time for the car to get up to speed it's not going to be quite as powerful it's going to run more on the battery.

POWER MODE
Power mode that's simply the opposite where you would like to use that as if you're trying to get up onto the highway and you're trying to overtake a vehicle or you want to get up to highway speeds that would be a great time just go ahead and push press that power mode and your vehicle will instantly have greater acceleration.

Another time is if you're up in the mountains and you're going up and down mountains well you need that extra power to get up and over that mountain, you don't want to get stuck behind or slowing people down so that's the time we would go ahead and press that so at any time. 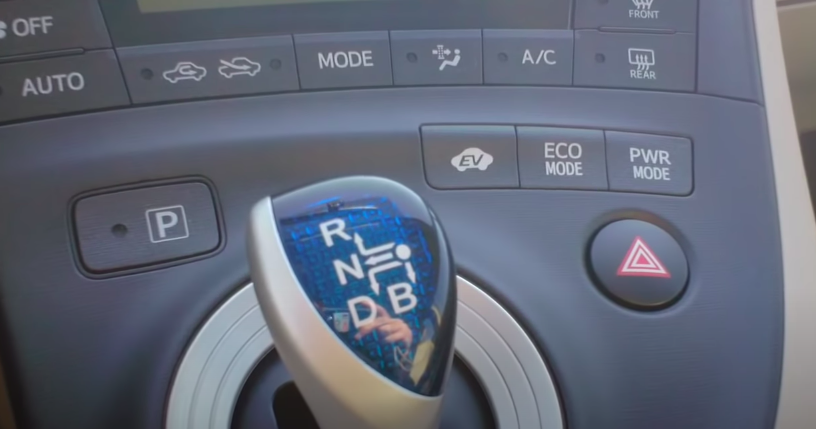 Not the answer you're looking for? Browse other questions tagged transmission mitsubishi or ask your own question.