2013 Honda Accord - in your opinion what is causing the paint to peeling on front & rear bumper?

I paid close to $1,000 to have an auto body shop to repaint my original manufacturer bumpers for both the front and rear. When I bought it there were no visible issues with the paint but after about 6 months I noticed there was minimal paint cracking so I took it to a touch up place that the car dealer used to touch up the bumpers right before I bought it. (Found the receipt in the dealers expense file they gave me upon buying the car). This touch up guy supposedly worked his magic on both the front and rear and it kept cracking. I took it back to him 3 times in less than 6 months and got fed up with wasting my time. So rather than take it back to the same guy only to have him literally touch up the spot where the cracking was I finally took it to an auto body repair shop that has been in business for 20+ years. There is a 3 year warranty on the workmanship on the bumpers.

Anyway I paid to have the front and rear bumpers completely stripped down and repainted. What I was told was they would strip the old off and repaint it like it was all new. Well my son ended up tapping my car in the driveway on the front and the paint immediately started cracking and peeling off. No visible damage to the bumper itself but the paint job was cracked and peeled immediately. The bumper had been repainted only 12 months prior and I know that there has to be something wrong.

Well a few months went by and now the rear bumper has damage from being hit or bumped while it was parked at a lake house. The bumper had minimal damage but the paint was peeling at the contact point and the paint was not adhering to the bumper but just peeling off in cracks longer than an inch in length. I have attached pictures of both the front and rear bumpers.

I need to figure out if this is caused from the body shop not doing their job correctly or if I am just going to have to repay someone else to fix the bumpers again. The paint is very hard and rigid and is coming off the bumper like it was only a shell on top of it and not adhering to the plastic. I did what research I could on the subject and found that the problem could have come from not cleaning, priming, painting the plastic or not adding a flexible additive to the paint. I would like your opinion on what you think might have caused this issue. Thank you in advance. 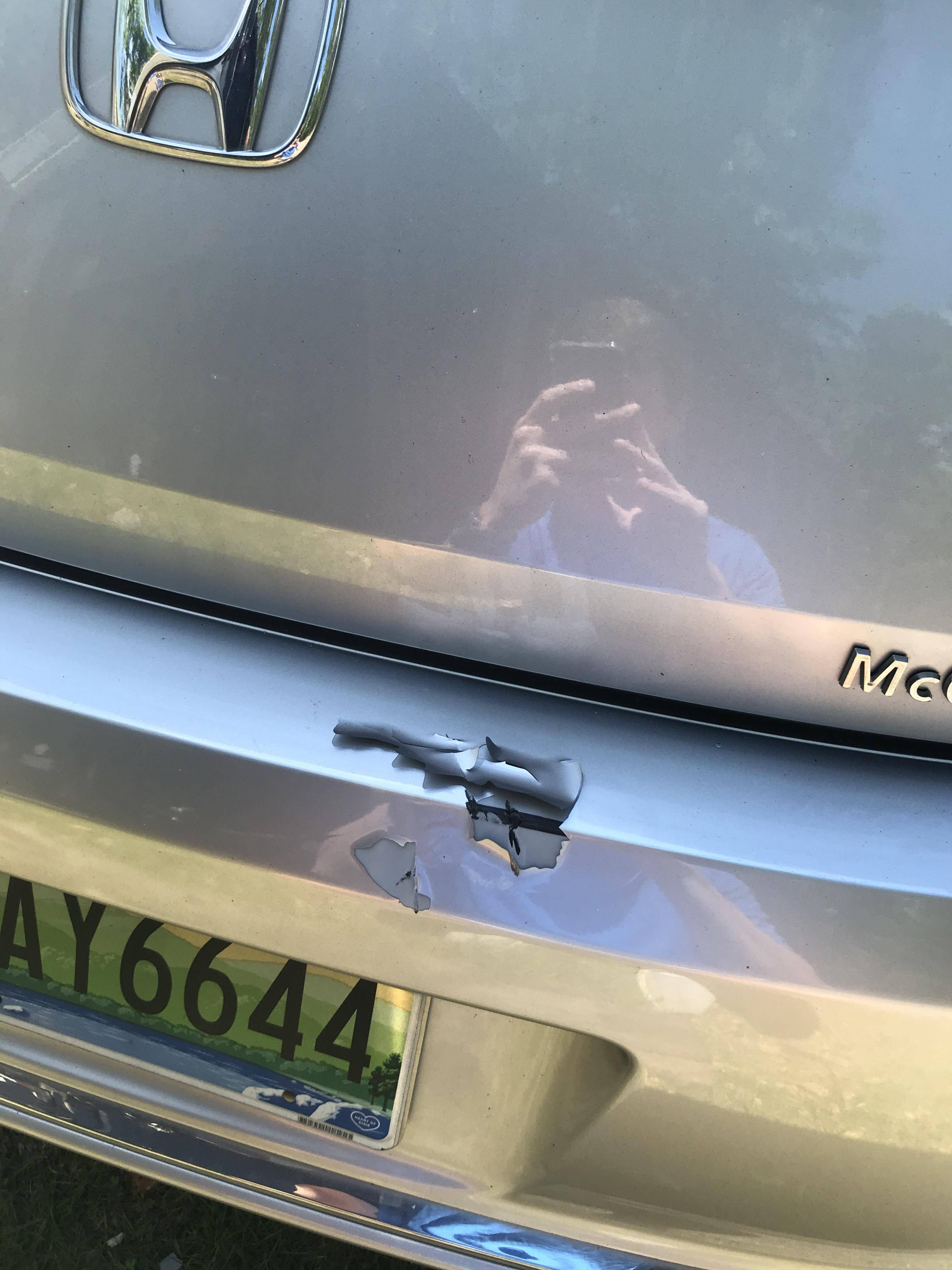 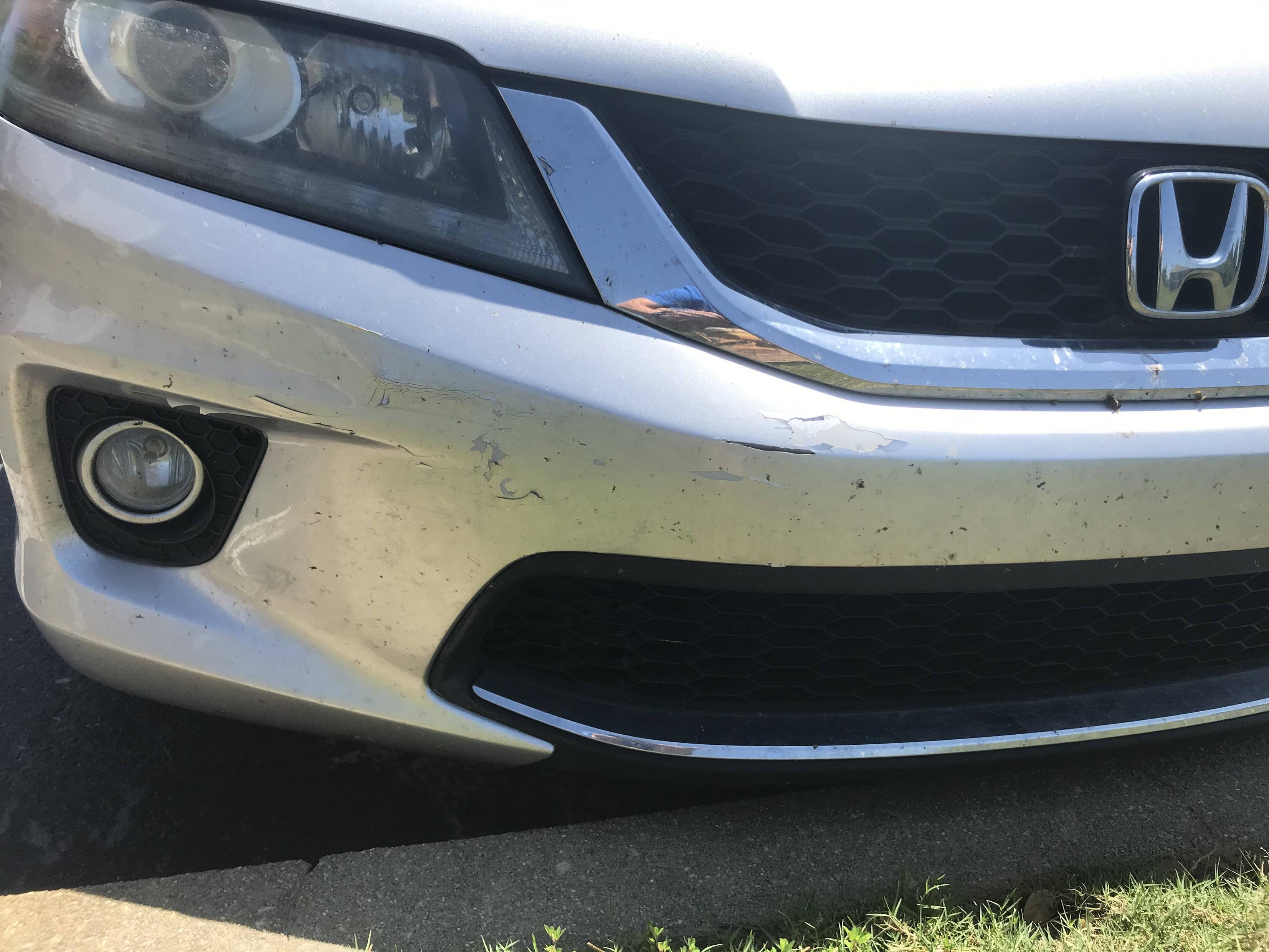 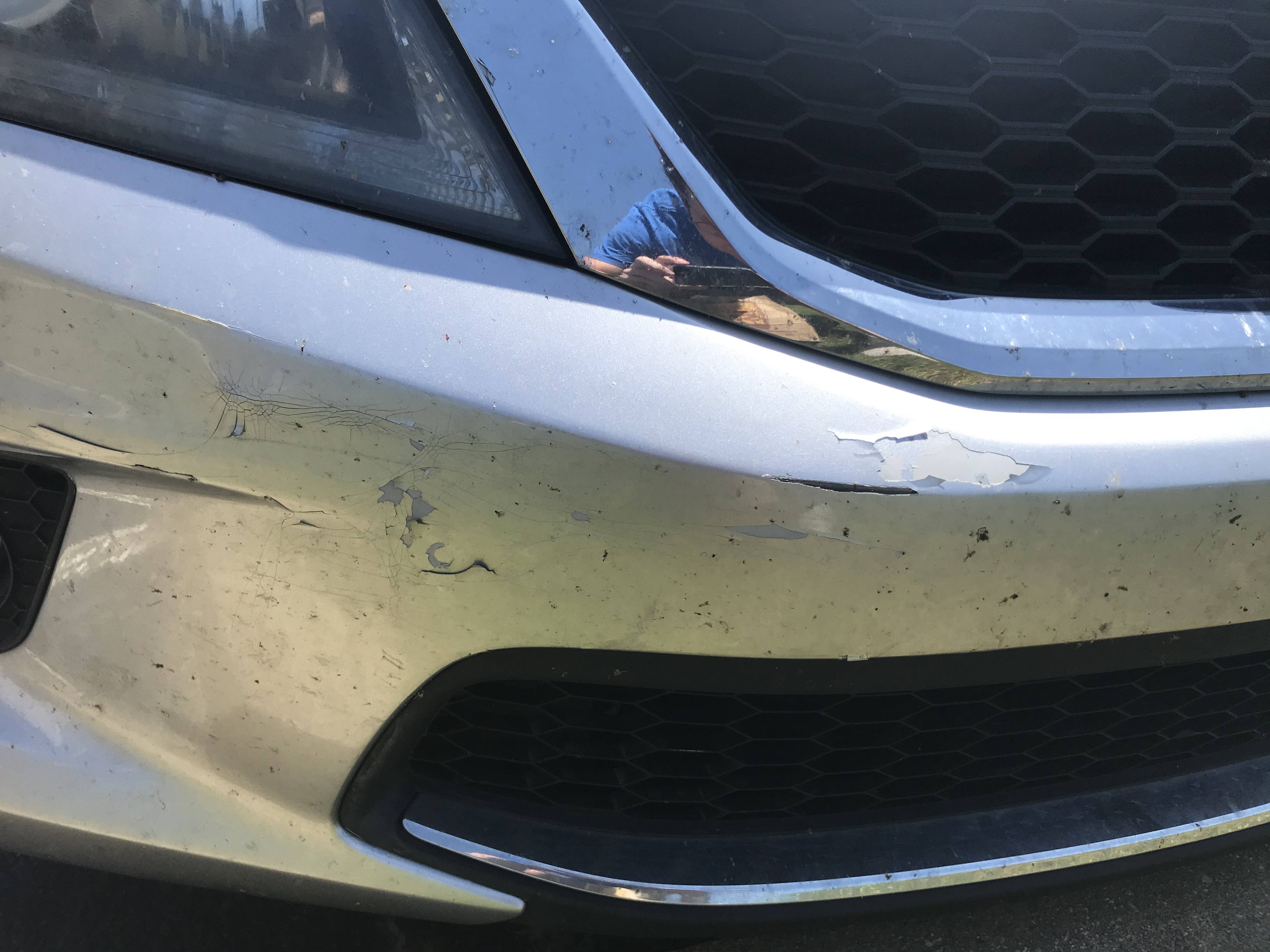 paint bumper plastic
Share
Improve this question
asked May 6 '20 at 22:33

Browse other questions tagged paint bumper plastic or ask your own question.

7
Should I be worried about bumper reinforcement condition after being rear ended?
2
What is the name of the parts that cover up the wires in front of the front wheel?
0
How to repair my fiberglass front bumper?
1
Grit Needed for Sanding Bumper
0
VW Rabbit MK5 - Paint Peel On Bumper, Easy Fix?
1
Protect/seal paintless front bumper?
0
How can I repair this gouge in my Hyundia Ioniq bumper?