2004 Nissan. Have been feeling like the hood and front part of the body (i.e. fenders) really move around a lot when off pavement (washboard logging roads, etc). Feels like the whole truck was rattling loose; I know washboard feels/sounds like shit in general, but it was way worse compared to other SUVs/trucks I've driven!

Started investigating, took off the fender and bam! Check this out: 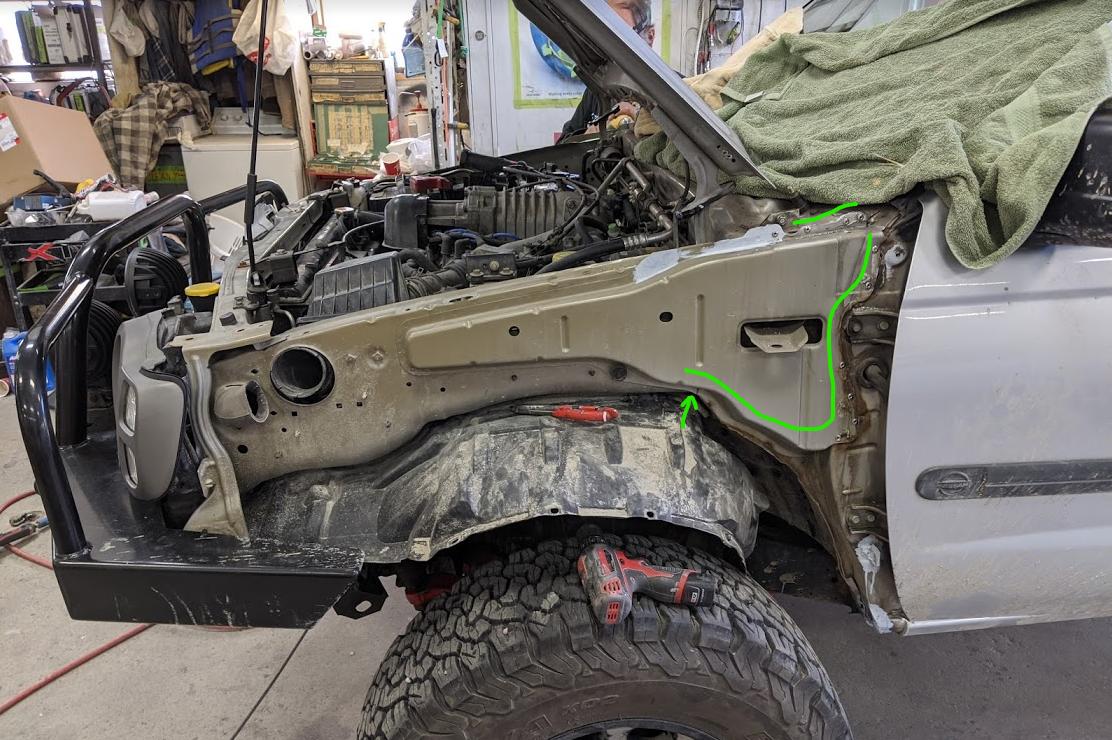 The spot welds all around the fender support 'reinforcement box' let go so the thing was flexing like crazy. Also had cracks along the rad support, as well as around the hood hinges (where multiple body panels join).

For example: passenger side (rubber tube with anti-seize is the antenna mount). You can see cracks along the joint where the fender support joints the top of the body box where the window wiper motor sits: 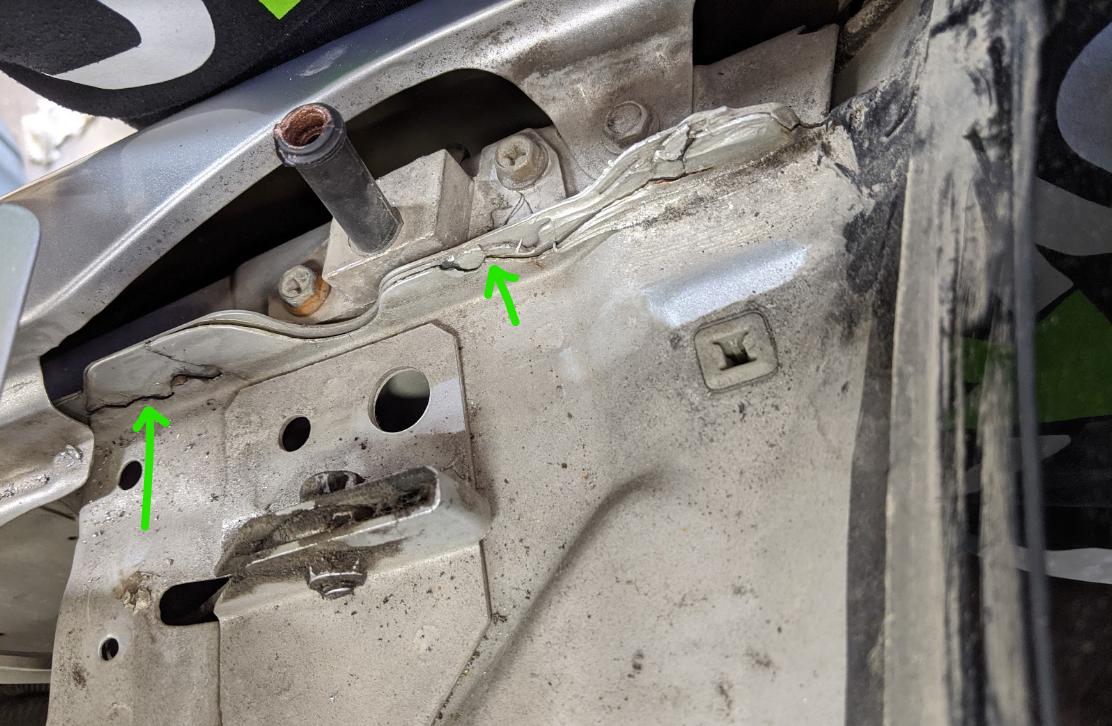 Was worried about fire risk with all the wiring harnesses behind it, so decided to rivet it all back together, along with some welding of the actual cracks: 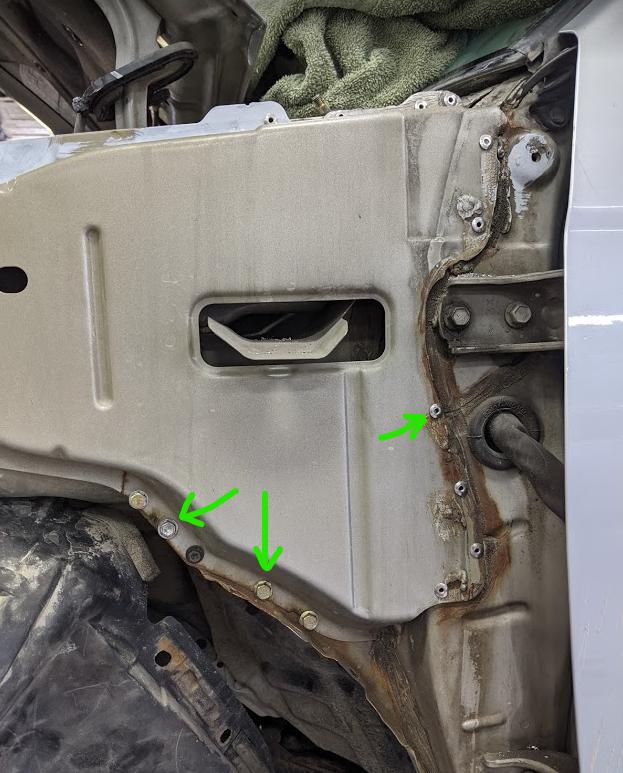 Truck is body lifted (2") and has seen some off-road use, but nothing crazy - I'm not rock crawling! Only 180,000km on it, and most of it's life it was a stock city driver (I got it used a few years ago). Is this normal?? Is this something you would expect if a vehicle has been in an accident? Just seems crazy that so much is busted up :|

Likely the cracks started at the weld HAZ ( heat affected zone) , a common problem with steels. But auto sheet metal is normally low carbon so this should not be a problem. The fact that the cracks run through the base metal shows that there have been high stresses , likely higher than the design planned. Other than repair welding , apparently it needs all the screws and rivets there is room for.

anyway, rivets won’t be good enough unless they are the old type that are inserted glowing red and hammered down.

You need to drill out the old spot welds then weld them together otherwise it will fail.

Not the answer you're looking for? Browse other questions tagged nissan body-work body 4wd xterra or ask your own question.