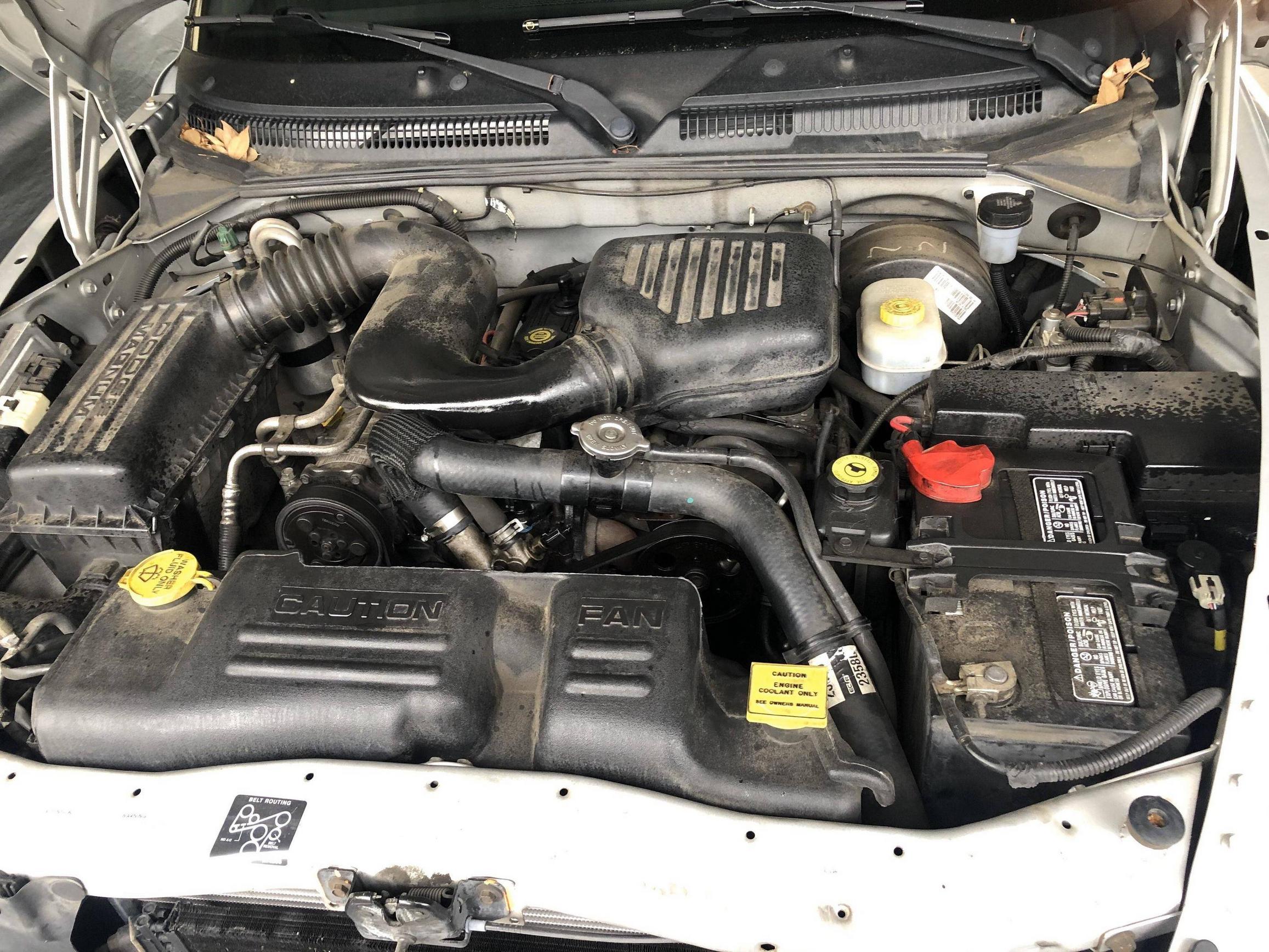 Pink fluid on underside of hood 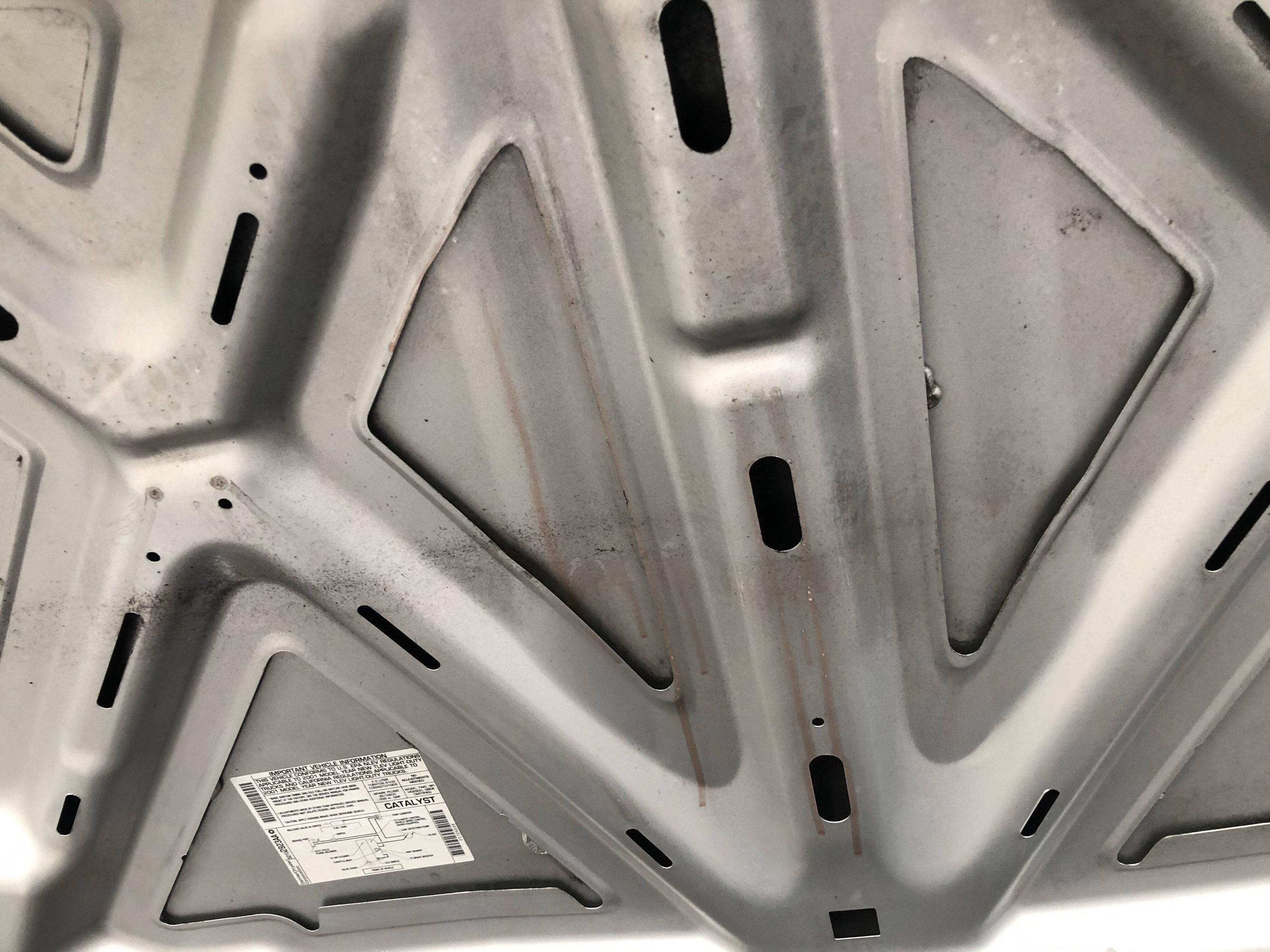 Trail of fluid leak began right when I went in reverse 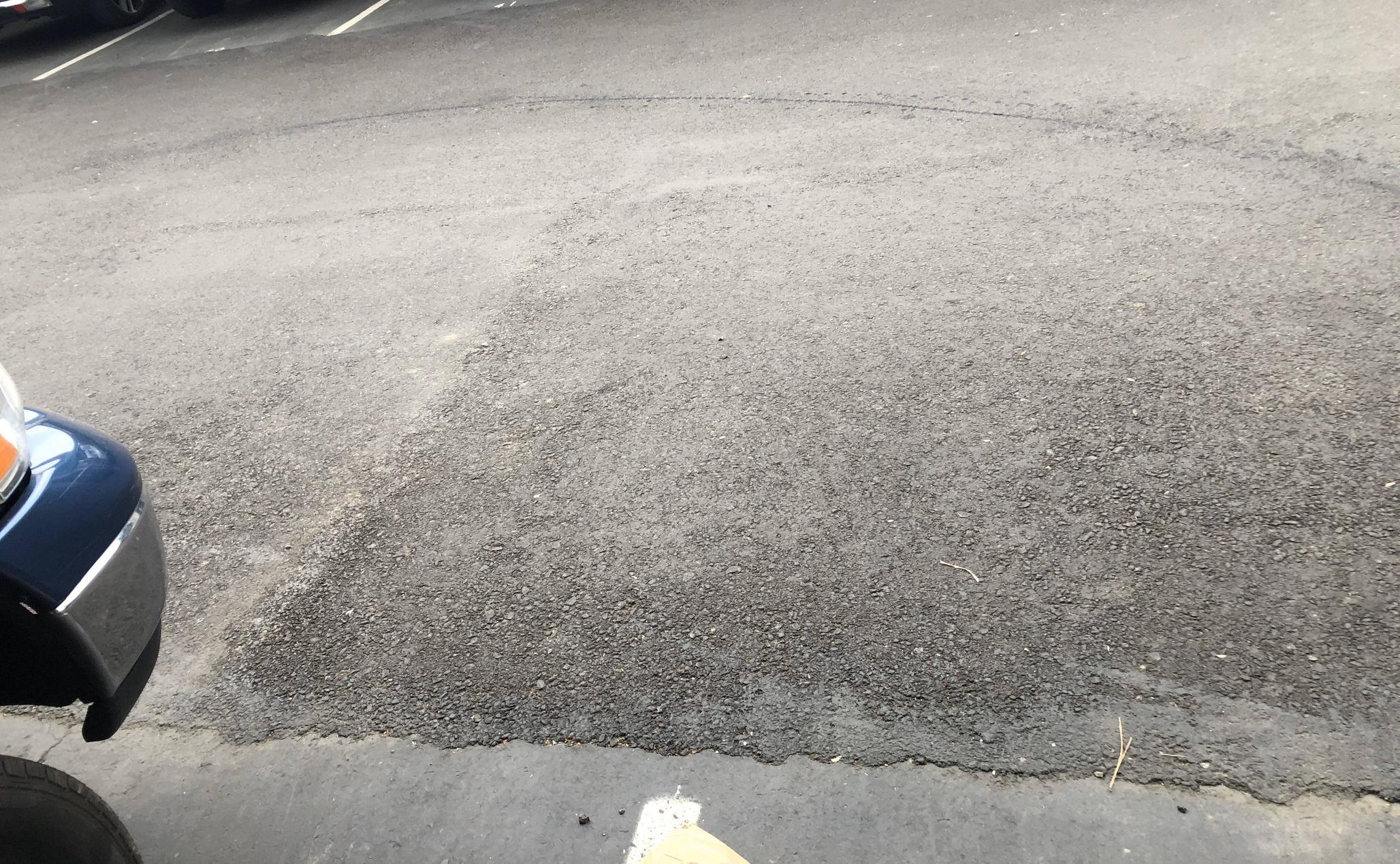 I dont know, but if you said you had fix a leak before in the steering system which liquid is pink, and the fluid that spill out every where is pink, most probably is steering fluid, unless you have a hole in the transmission of course.

It looks like it may be transmission or power steering fluid. Both of which are oil-based and similar in color. Coolant may also be red or pink but is not oily.

Check your power steering pump and the lines to see if there is a leak, most likely on the pressurized side.

It's also possible that there are two leaks. Do the two fluids smell the same? Definitely not likely, but possible.

Short of that, based on the pics I'm going to say it's likely a power steering hose that's leaking, and that the leak is likely somewhere near the pump. The reason that I say that is there is fluid going both up (underside of the hood) and down (onto the ground). 9 times out of 10, this indicates some type of fluid leak near the belt, as the fluid will be slung in every direction as it hits the moving belt. This explains the fluid all over the inlet ducting/underside of hood. Gravity is also causing the fluid to be pulled to the ground. It could possibly be a leak in the pump/reservoir itself, but short of there being a good sized crack in the reservoir, leaks in/around the pump tend to go all on the belt itself, never making it to the ground.

The reason I don't think it's transmission fluid (unless you have two separate leaks) is that it'd be very rare for transmission fluid to make it up to the underside of the hood. The transmission cooler lines do run up through the engine bay, but they're generally not in the vicinity of the belt.

Not the answer you're looking for? Browse other questions tagged dodge power-steering leak transmission-fluid dakota or ask your own question.