How to remove driver's side front door handle on a Mercedes Benz 2007 A-class W169?

I am stuck trying to remove the door lock barrel from the inner mounted door module on the driver's side front door of my Mercedes Benz 2007 A-class W169. 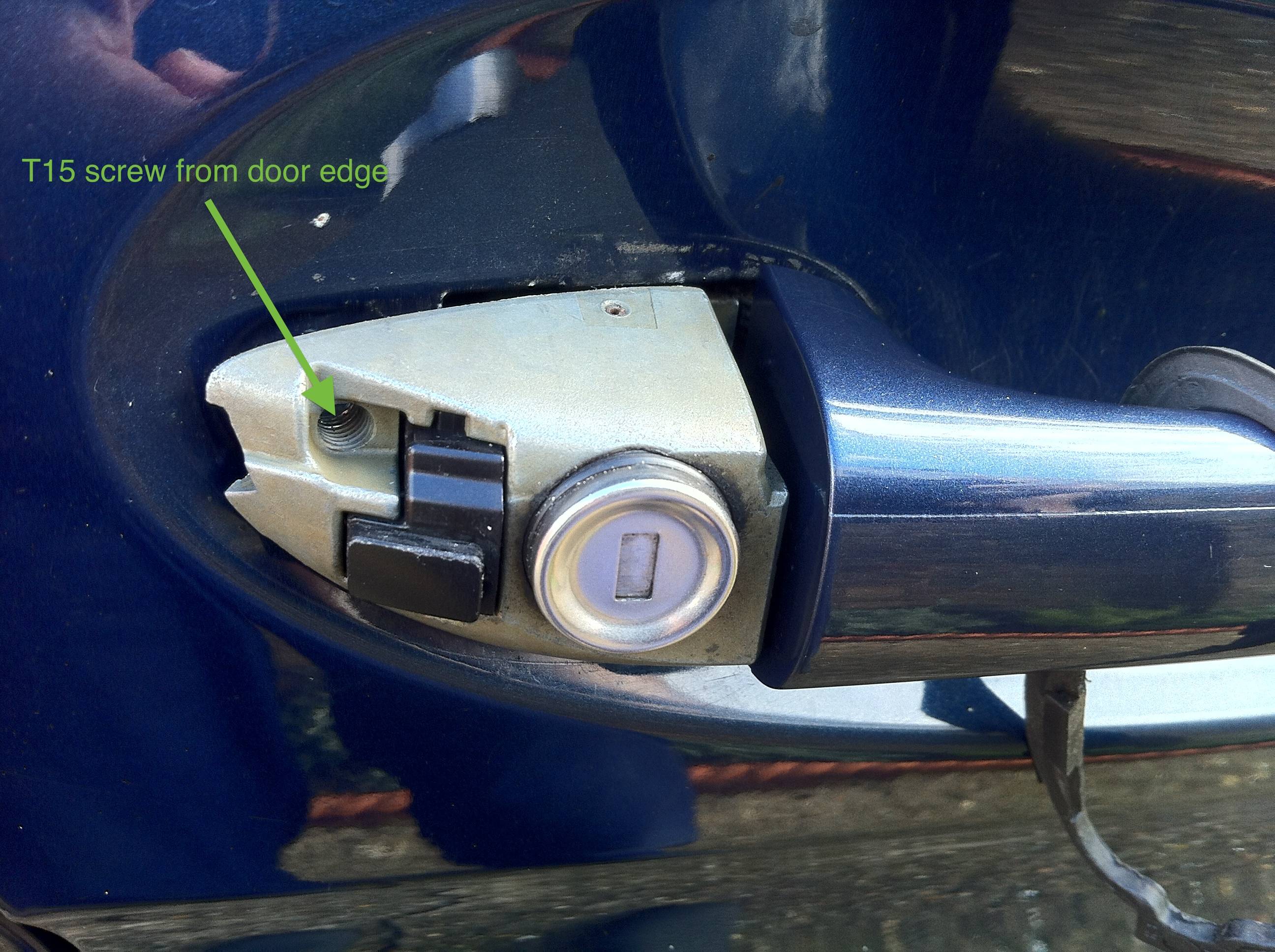 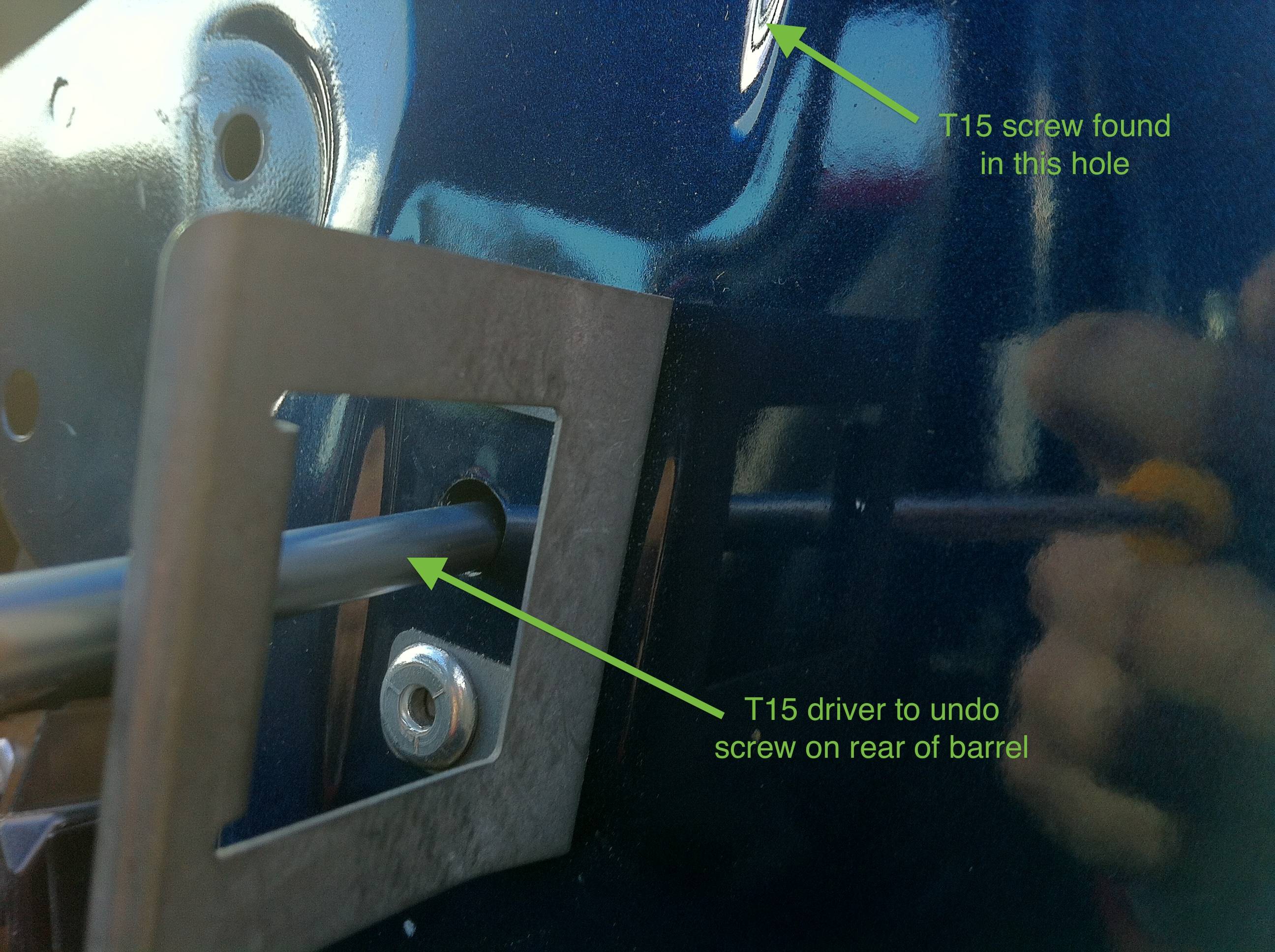 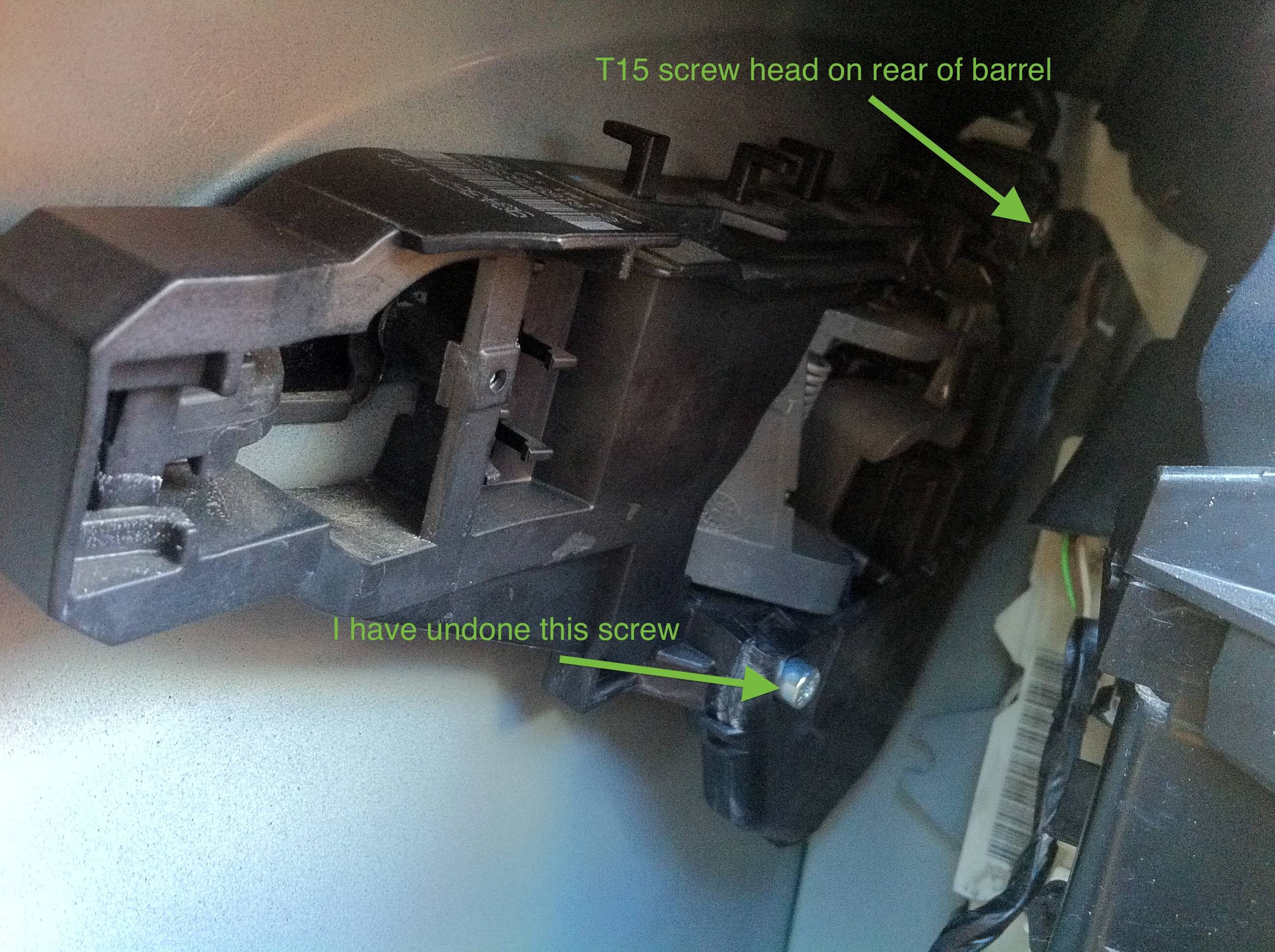 We had the same problem on a late 2005 W169. Note you do not need to remove the door card if you just want to remove the door lock cylinder and exterior handle. Once you've loosened the bolt holding the cylinder accessed from the side of the door (On ours it was a T20 - T15 would work but there's a chance of rounding off the head) there is a catch above the bolt head which basically is still holding the cylinder. This needs to be pushed down so it covers the bolt head, this will then allow the cylinder to be pulled out. You access this using a thin screwdriver in the same way you undid the T15 and flip the catch down. It pivots from the left over the head of the bolt. If you shine a torch in the acces, you can just make out the catch.

Refit is reversal, it's useful to practice with cylinder out to make sure the you can reset the catch.

Not the answer you're looking for? Browse other questions tagged mercedes-benz locks door or ask your own question.

4
How can I remove heating blower fan from the blower motor - Mercedes-Benz 308D van?
2
Driver side front inside door handle does not work on a 1998 Ford Contour LX
3
Can't unlock the driver's side door with the key
4
How to remove engine cooling fan from a W169 Mercedes A-Class
0
Mercedes Benz W203 C-Class C220 CDI whining noise