About a month ago, I had a misfire in cylinder 3. I Decided to just swap out all spark plugs, and only plug that gave me a problem to get out was of course #3. Also replaced coil pack on #3. When I finally got the plug to come loose and pulled it out, a chunk of porcelain was missing. I've read about that happening before and solutions for it, but I'm afraid I may be past that point.

When I knew what happened, I had it towed to a shop to see if I could have them remove the pieces. What I should not have done before that was start the engine for just a second to see if I could blow the pieces out of the exhaust. I have heard from different people that this shouldn't be too big of an issue, the shop that removed the pieces said they got most but not all of them but should be enough for car to be okay.

Since then, the engine just is not running the same. Not always an engine light, but will misfire and run like crap on and off. Some days I have 0 problems, others it likes to sputter and misfire bad. Talked with another mechanic I know who said my engine may just be screwed and I should sell the car. I have only had it since October and absolutely love the car, so I absolutely do not want to sell but am tired of it running like crap and am not sure what to do.

I have replaced the ignition coil again since it was under warranty, and my next step was putting another new plug in. Not sure what I should do at this point, hopefully someone here may have an idea.

While it could be an issue for the porcelain to drop into the cylinder, it's not going to make your car run bad. Either there is damage to the engine or components and the engine will run crappy all the time (if it were to run at all), or it will run just fine all the time where you wouldn't notice anything had happened. More than likely what is left of the porcelain has passed out of the combustion chamber and is now lodged in the catalytic converter. If so, the damage is already done there, but the damage would be very minimal to a point you'd wouldn't know there was damage.

The porcelain in and of itself would not cause the engine to run good then bad then allow it to run good again. It should be a steady state (either bad or good, depending on damage or no damage). If you are getting something on again/off again as far as how it is running, I think you're looking in the wrong place. Double check to see if there are any codes in the ECU, that might lead you to a solution as to what's going on. Also double check to ensure you don't have any vacuum leaks in the intake system, something which might be easily overlooked.

I wouldn't put much weight in mechanical damage, in simple terms it's damaged or it's not and would run accordingly. Like others have said, I'd have all the electronics investigated, consider that the bad spark plug you had in the first place might have been damaged by detonation caused by over advanced ignition timing or an excessively lean air/fuel mixture - both of these controlled cylinder by cylinder by the DCM. I'd find another dealership, one better at diagnostics. Unfortunately most technicians are trained to scan/guess and replace rather than investigate further than what the on board diagnostics tell them. The unfortunate part is for them as well as for you, your issues are obvious, they're not as good at their jobs as they could be because they were short-changed in training. It's happened that the computer that had the problem in the first place couldn't be trusted to diagnose it's own problems. I'd bet that the electronics are the root of your problems.

this just happened to a 1.5L ecoboost engine at my shop, using a scope and a pressure transducer in the cylinder I was able to find that the connecting rod on the cylinder that got the porcelain pieces now has a bent connecting rod. the cylinder has lower compression (compression leakage) and also has retarded relative valve events. I will attach photos of the scope captures. I will also ad, this actually does not always set a misfire code, it does sometimes. AND it actually doesn't run too bad all the time. it is very surprising knowing now what is wrong with it, that it is actually able to run not half bad. 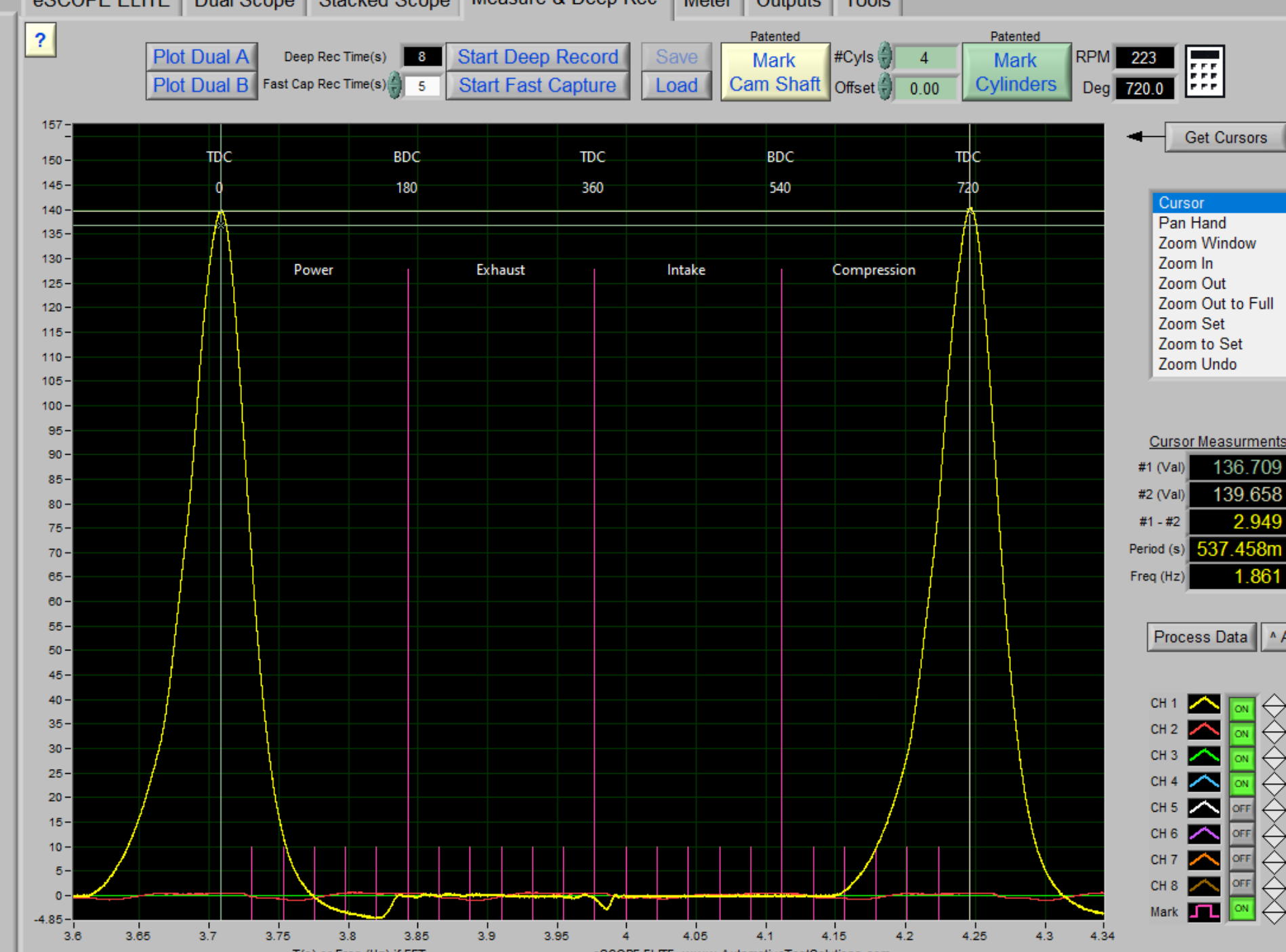 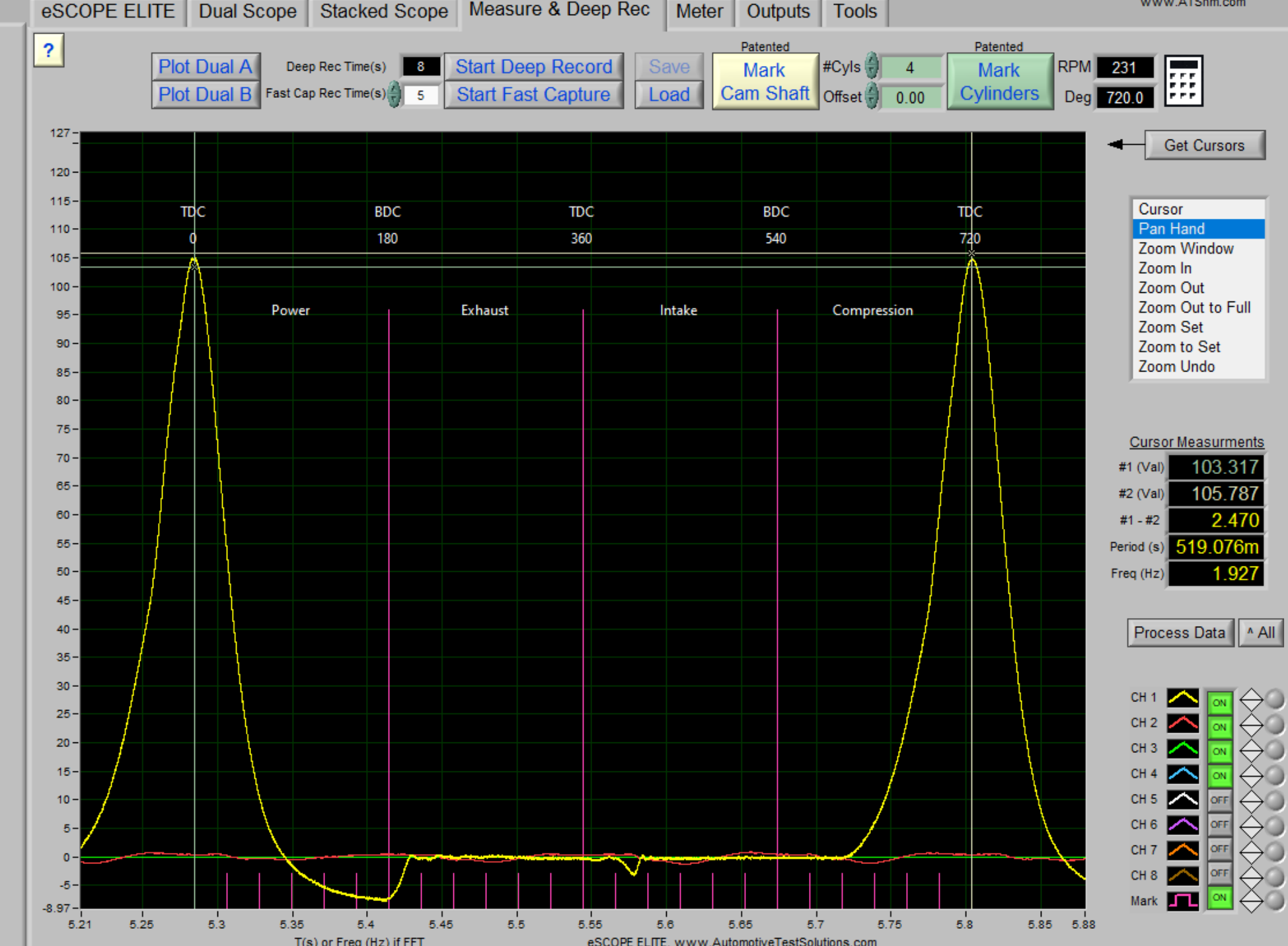 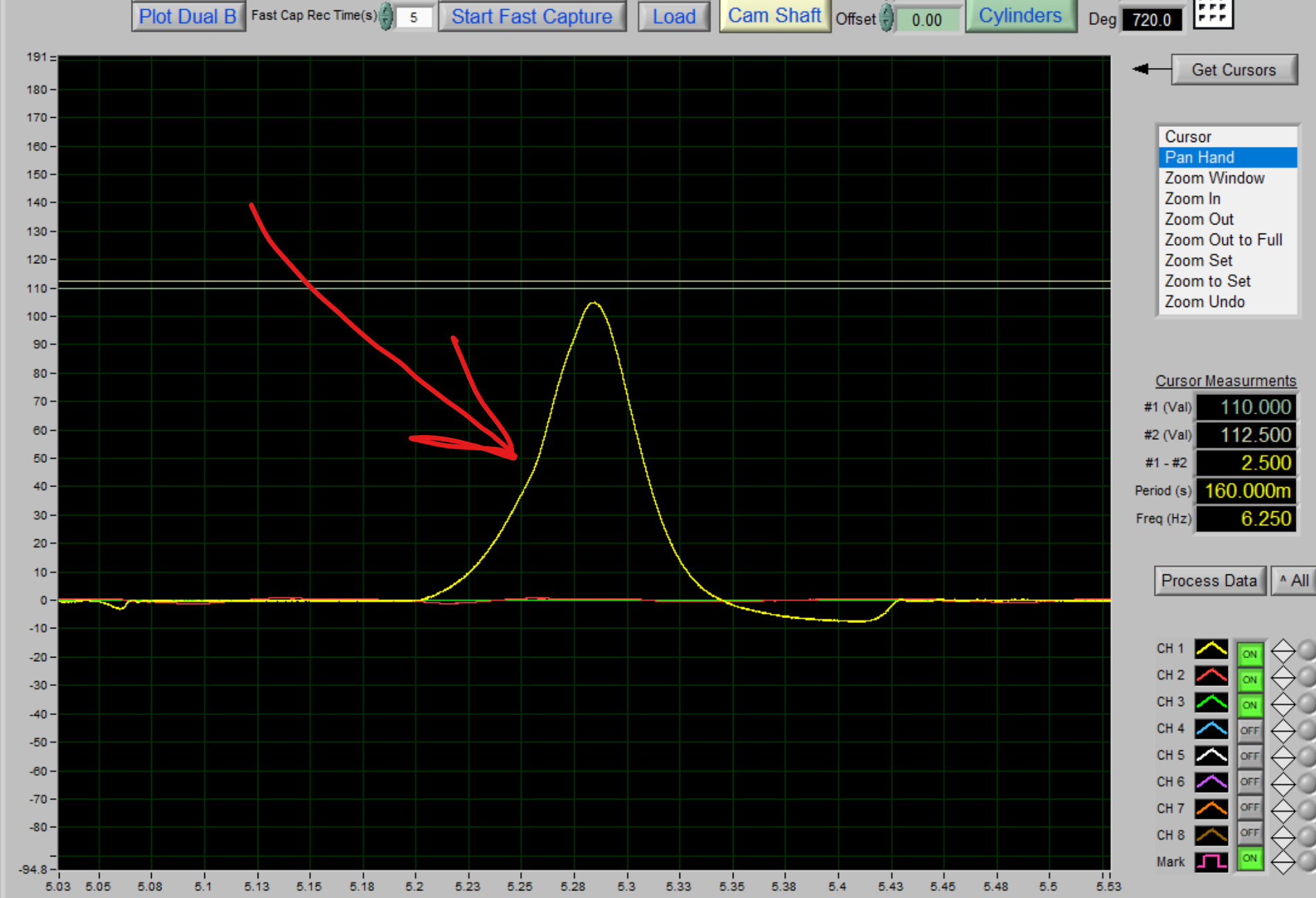 I'm goin to guess you have a very similar if not the same issue. Like others have said, if it was valve damage it would consistently run bad not just intermittently like this. 1st photo: good cylinder 2nd photo: bad cylinder with low compression and retarded valve events because of the shorter piston throw caused by the bent connecting rod. 3rd photo: this is the bad cylinder again but repositioned so you can see the anomaly on the compression stroke showing the damage to the cylinder walls caused by the bent connecting rod and this is why the compression charge is leaking (into the crank case past the piston rings)

Just sell it. It's only a Ford. Nothing special about it. It's not like it's a Porsche that they don't make anymore

Not the answer you're looking for? Browse other questions tagged sparkplugs misfire or ask your own question.