How can I legally put number plate on without repairing bumper? 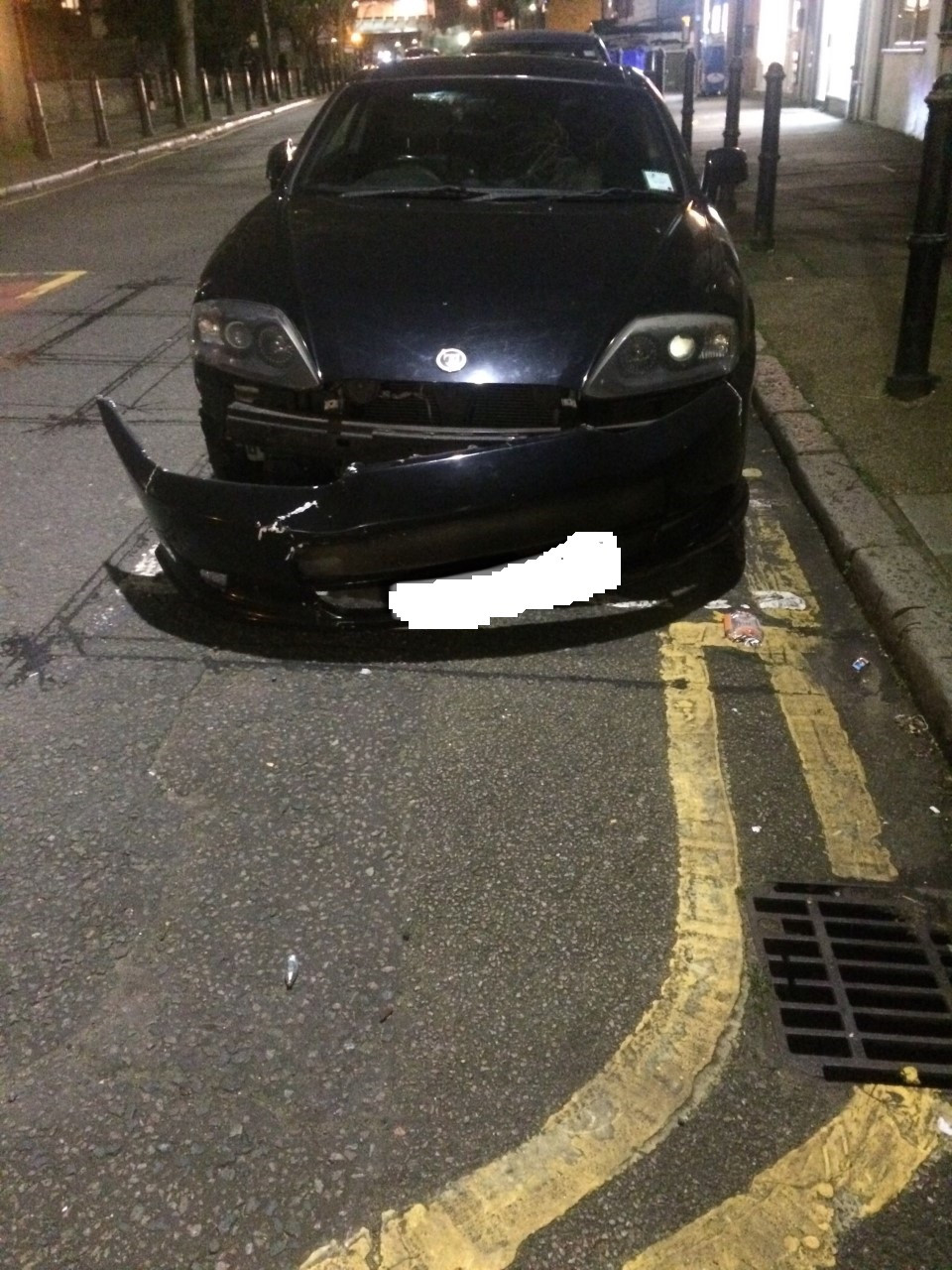 Bumper has fallen off and plastic is cracked in places you can't just put a bolt on and put it back in place.

I asked a police officer if I can remove the bumper and put a number plate in window and he said its illegal(is he right cos I've seen others do it).

If so where can I mount the number plate and be legally able to drive in uk? Can I, and is it possible to mount it on the radiator or somewhere else? I will eventually get the bumper fixed, but until I get it repaired, want a quick fix so I can drive it.

You intend to remove the bumper and use the car.

Your car must not pose an undue danger to other road users. Of course, any car hitting a pedestrian or cyclist is Not A Good Thing, but if the absence of a bumper exposes parts which will cause greater injuries than when the bumper is present, you may fall foul of police or VOSA. Construction & Use Regulation 100(1) is rather widely-drawn. Note also MoT section 6.1.4 — your vehicle will fail an MoT test with the bumper in its current state or removed, and the dangerous state of the vehicle might be an offence under Section 40A of the RTA1988. You ought also to consider your insurance, as using a vehicle in a dangerous condition might invalidate it.

All of that said, perhaps without the bumper there is still somewhere that the existing plate can be fixed temporarily in much the same position as with the bumper. There appears to be some sort of horizontal bar which might suffice.

If that fails, then getting a flexible/self-adhesive "plate" made would mean that it could be stuck to the bonnet between the headlights. You might need to remove the badge, and there's no guarantee that it would come off cleanly (plates aren't supposed to be easily removable). You may feel that's an option which could be retained with a new bumper — perhaps a special aftermarket one which doesn't have provision for the plate.

Fixing a number plate with cable ties or something similar makes it very easy for thieves to take, so they have double the time to spend on removing the rear plate.

I asked a police officer if I can remove the bumper and put a number plate in window and he said its illegal(is he right cos I've seen others do it).

If so where can I mount the number plate and be legally able to drive in uk? Can I, and is it possible to mount it on the radiator or somewhere else? I will eventually get the bumper fixed, but until I get it repaired, want a quick fix so I can drive it.

Mounting the number plate on the radiator or chassis cross member may give a suitable location from a visibility point of view - but it's largely irrelevant since driving the car around sans front bumper is illegal in of itself. It's stupid, it's dangerous and likely to draw justifiable attention from passing police.

There's some latitude around driving directly to a place of repair but that doesn't sound like you intend that, it sounds like you intend on driving around normally and that means you're opening yourself up prosecution under S40A of the Road Traffic Act to a mandatory 3 points, or potentially even a disqualification and a whopping great fine (up to £2.5k IIRC). A cheap second hand bumper looks like much better value to me.

So don't be an idiot - get it fixed before you drive it.

You didn't specify what country, but since it looks like a RHD car I assume you mean the UK.

The regulations http://www.legislation.gov.uk/uksi/2001/561/part/II/made give the basic requirements as

Considering the size of a number plate, it may also be illegal by blocking some of the area of the windscreen depending where you position it.

Don't forget that the UK has many automatic number plate recognition cameras (not just "speed cameras") and many police cars are fitted with ANR which is "always on" to detect uninsured vehicles etc that are being used illegally, even when the police car is being used for some other purpose. If an ANR system can't read your number plate but a human looking at the captured image can figure it out well enough to identify the car (e.g. from part of the plate number plus the car model, paint colour, etc) you are living dangerously!

If all you want to do is drive the car away, I'd take the rally team approach to body repair. Use a combination of zip ties and duct / elephant tape to temporarily reattach the bumper being careful not to obscure the headlight lens with the any tape.

Not the answer you're looking for? Browse other questions tagged body-work or ask your own question.

5
How can I tell which body shop is better? Replacing or repairing parts with VIN numbers
6
How can I get rid of door dings?
3
Metalwork: How can I maintain a curve during the planishing process?
9
Why did my clear coat turn out matte instead of glossy, and how can I fix it?
5
How to repair a cracked plastic bumper
0
How to fix deep dent in Subaru Legacy Outback wagon front bumper?