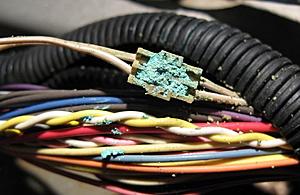 6
What current is "normal" for constant battery drain (not parasitic)
3
Pontiac Sunfire mysteriously won't start
3
How to diagnose blown tail lamp fuse
4
What could be causing battery drain on a 2009 Honda Pilot?
12
How can a fuse drain a car battery?
1
2009 Suzuki LS650 Battery Problem/Question
1
Could installing a 12V radio on a JDM Simpa damage the battery and alternator, causing the alternator to put out no charge?
0
Can low battery cause car to cut out?