I bought a used Renault Clio (Mk IV; 2013; Dynamique S MediaNav; 0.9 TCE) in Ireland 3 weeks ago, and everything was working fine, but yesterday, my dad drove it, and he told me it broke down 3 times on 3 different junctions earlier today after stopping, and he couldn't shift gear. This was the 2nd time this happened actually; it happened also last week.

After this, he was able to finally drove it back home. Also, our neighbour joined him and tried to drive it around our town to try and buy some groceries (no problems anymore).

Actually, yesterday at home, while still parked and not been used yet for the day, I was inside and listening to music and waiting for my mom, before we leave to get groceries, and so I was waiting there for 30 mins with engine and power on, while listening to music, and then suddenly a "yellow wrench" icon appeared, and then a "check hill start assistance" pops up on the dashboard (see screenshot below). 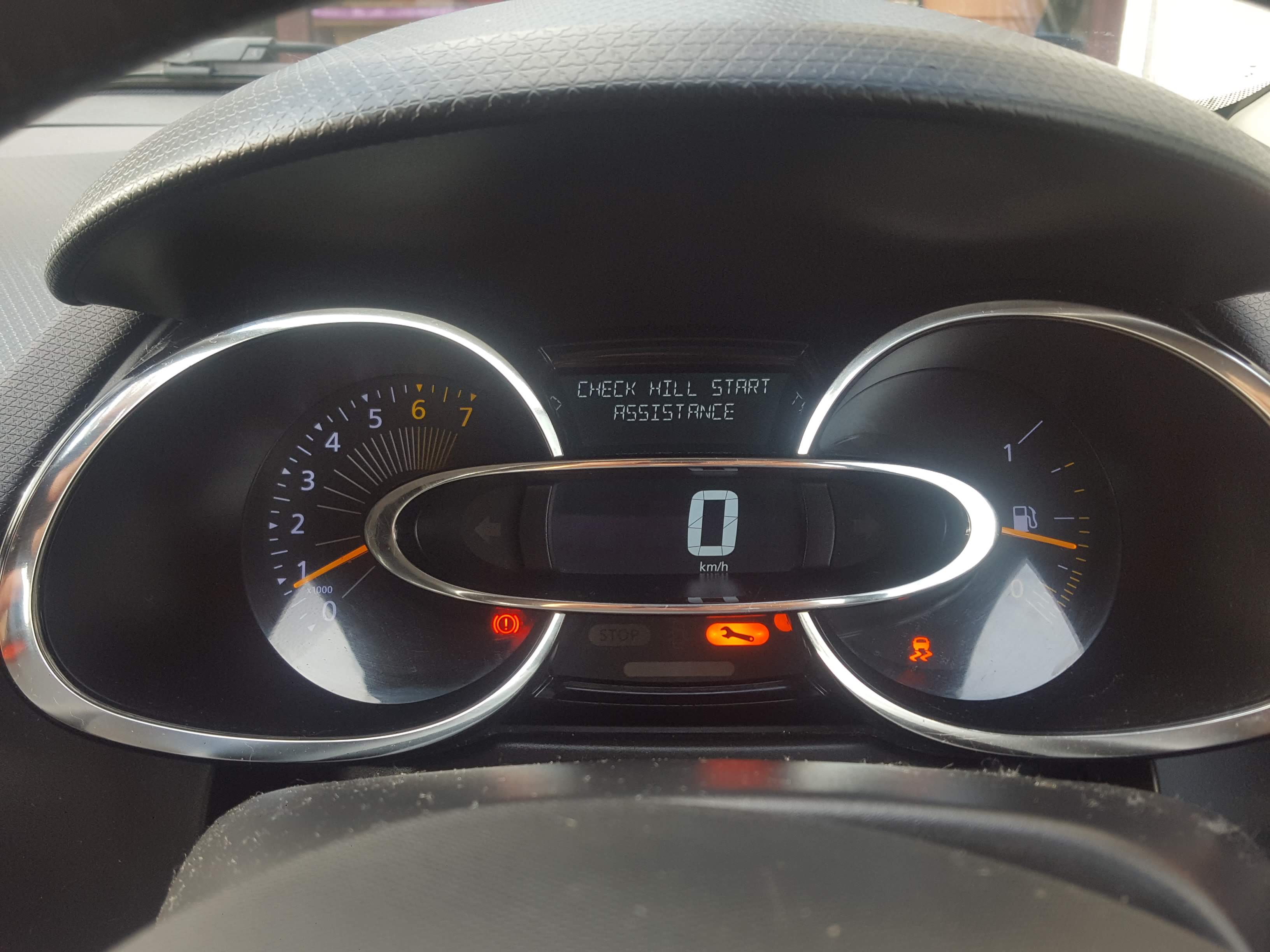 I restarted the car, and then i got a different error: "check braking system" (see the other screenshot). 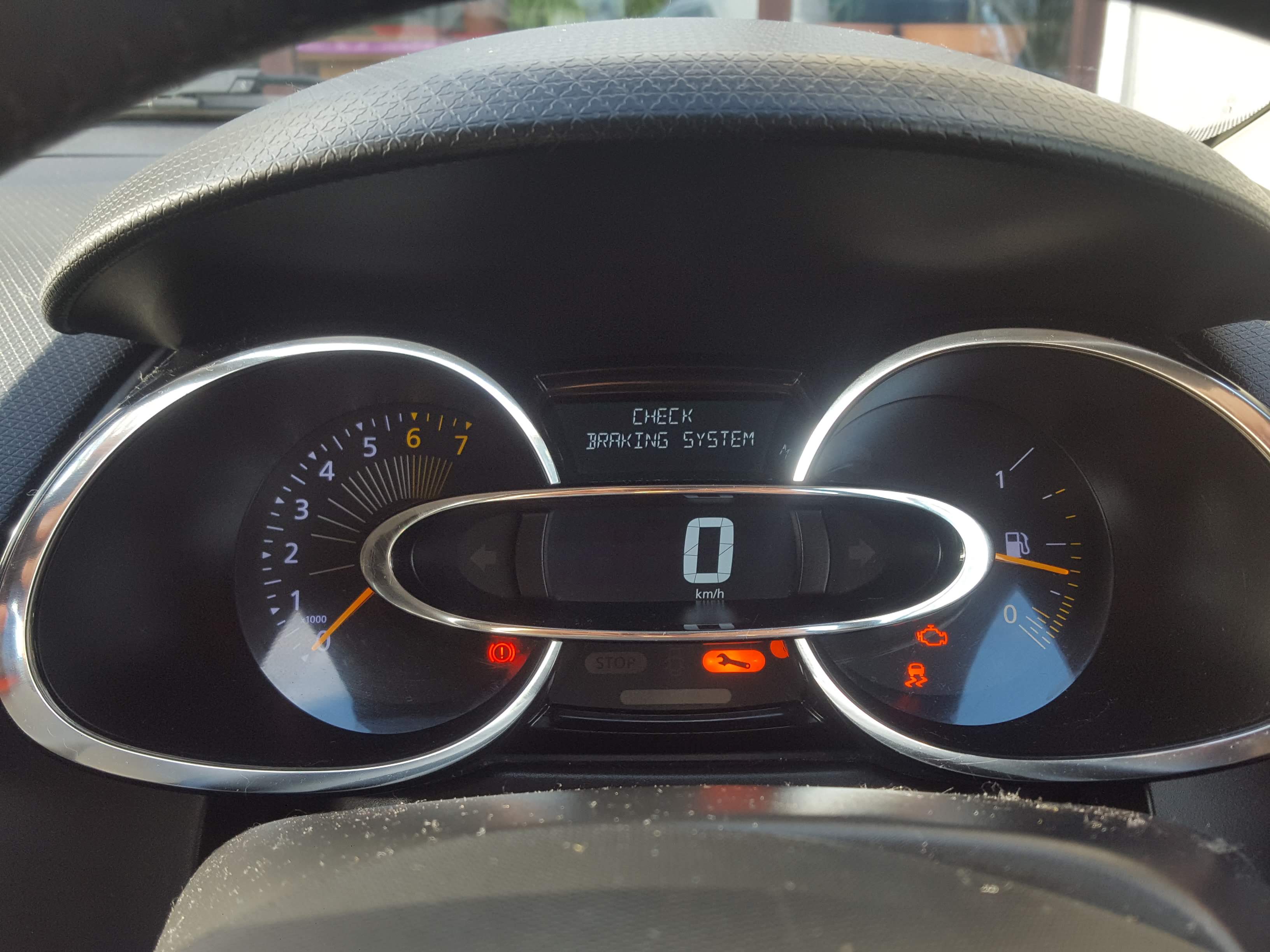 And then restarted it again, but the "check braking system error" appeared again, and continued to stay after several restarts in like a 10 min span, and then the error disappeared. i moved the car to a flat ground (because it was parked slightly at an angle beside the house) during this 10 min period and then tried using the brake and handbrake, and was able to change gears, and everything was working fine (except that warning stayed there). After that 10th minute or so, the error disappeared, and i just thought to myself maybe the error was caused by the inclined parking and probably the sensor thought brake fluid was too low because the fluids were at an angle as well. Not sure if this is connected to the non-shiftable-gear my dad experienced, but just described here if it helps.

I already contacted the mechanic (and told him the exact details) and the car will be checked soon. But just in case he couldn't find what's wrong, or diagnose incorrectly, I'd like to ask for help here if anyone has prior experience to this problem.

Thank you for taking the time to read this.

10
Shift "Grinding" Issue?
6
Bike is sometimes not wanting to shift into neutral
5
Why couldn't I shift into 1st gear with car not stopped in my Renault, but my Volvo lets me do it?
2
2007 Subaru Legacy not engaging any gears