Dropped sparkplug from a small height, is it still fine?

I've replaced the coil pack and fitted new spark plugs. However, the salesman, while handing me the plugs, accidentally dropped two of them on his table. I remember them dropping from about 2 inches above the table. They were still in their boxes and hit the table horizontally. I carefully inspected them twice before handing the money, and the insulator (both the visible part of the core and the stem) seemed fine with no visible cracks, the gaps were also right, so i bought them.

I've installed them, and after driving around for about 3 days, the car is idling fine and acting like it isn't misfiring under load (previous coils and sparks were causing a minor misfire on the 1st cylinder and this made the car noticeably hesitate under load, even though it still idled fine), both on a cold engine and a hot engine.

Am i worrying for nothing, or would i better change all sparkplugs again?

Usually if they land wrong, the insulator is cracked or the earth terminal bent, but you did not find anything like that.

It doesn't matter whether you've dropped a spark plug or not,

Check the gap with a gauge before installing them in the vehicle!

While 99.9% of spark plugs come properly pre-gapped, it is wise to take an extra second or two to check the gap for each plug against the recommended width with a spark plug gapping gauge. 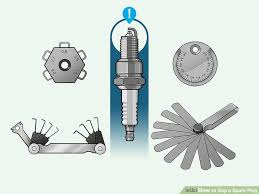 It's just simply a good habit to get into and becomes more important when the spark plugs have been mishandled.

Not the answer you're looking for? Browse other questions tagged sparkplugs or ask your own question.

10
Estimate for head removal / reinstall
2
drove without #3 cylinder plug wire. Help!
4
MX5 lost power after spark plug change
10
How to diagnose the cause of no power reaching the spark plugs when power reaches everything else, after checking fuses?
5
Side effects of small amount dirt from spark plug well
5
Lack of power when cold under load
6
Black Spark Plugs that Clean Themselves
2
After mechanic work, car starts fine but accelerating stalls the engine