Does a cracked paint blister corrode faster than if grinded? 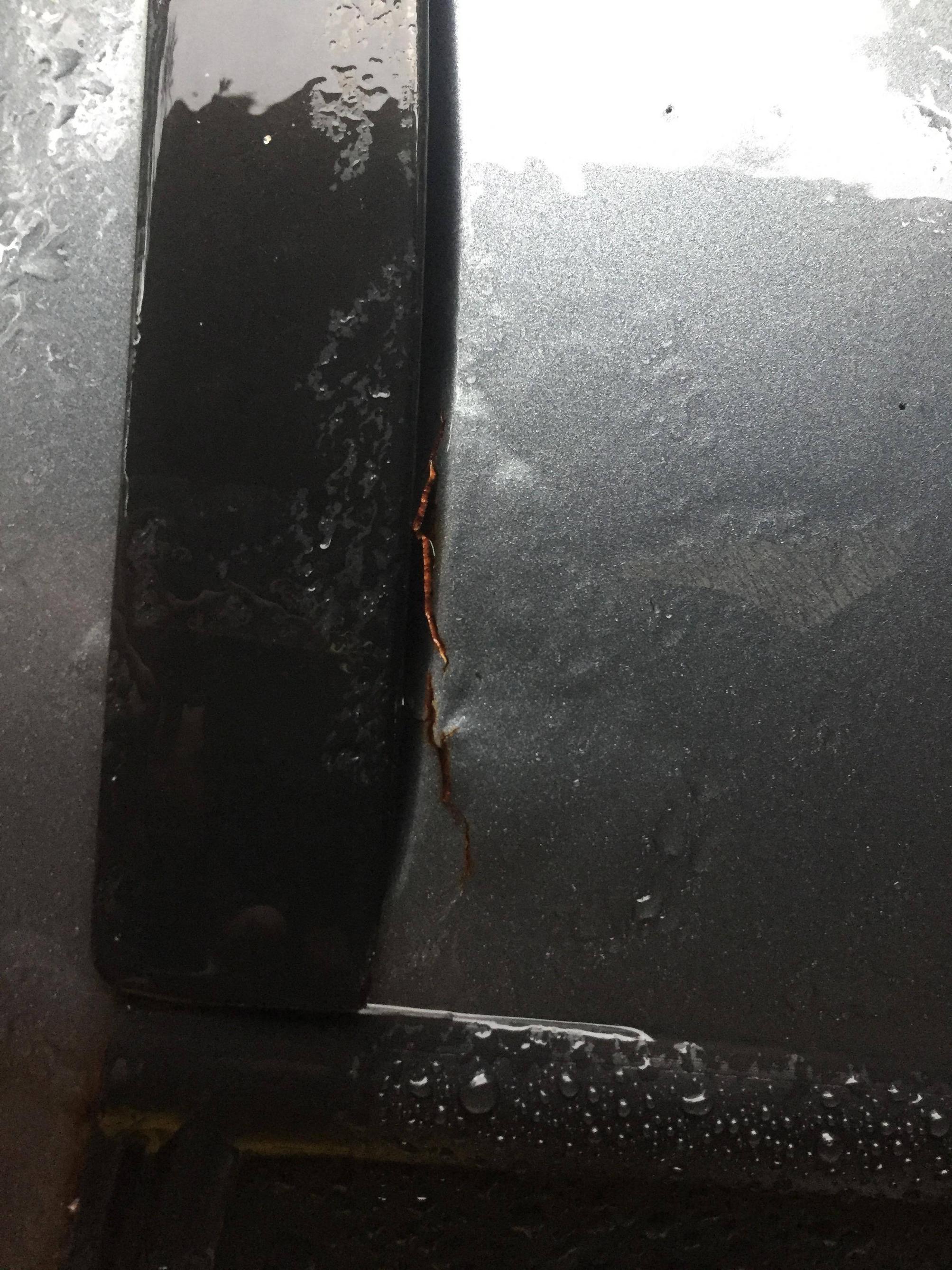 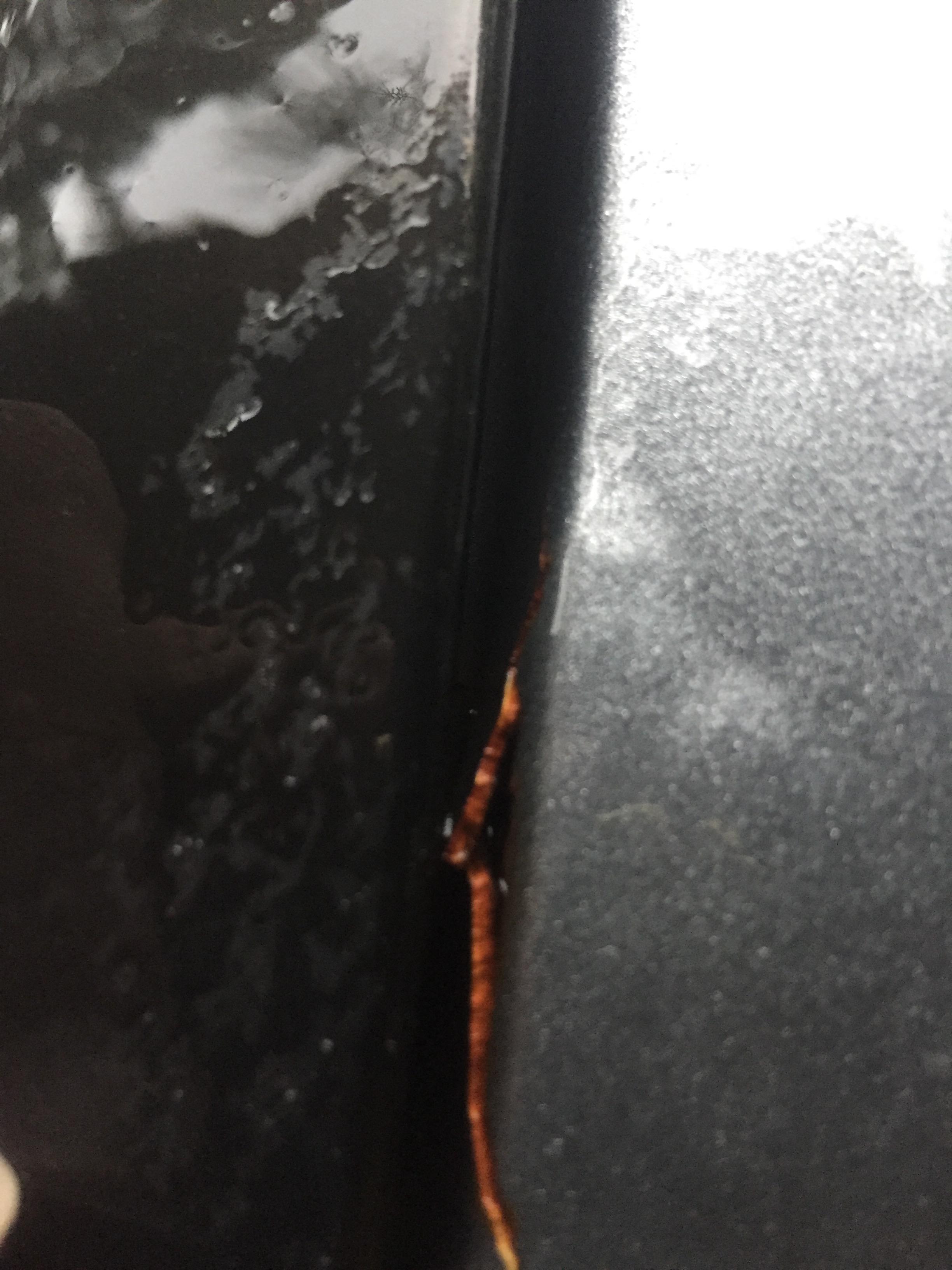 I'm tempted to sand the paint blister down to get a better view of the size of the problem, specially considering how close to the rear windshield it is. If it's a superficial rust I could sand it down and apply some primer over it until I can paint it (fingers crossed).

If it's deeper rust, than it could get more complicated, since it's quite close to the rear windshield:

Whichever case, I'd have to sand it down first to know what to do next. I might not be able to repair it straight away (if it turns out to be a more complicated fix that requires stopping the car at the shop), so I'm wondering if I'll be making the situation worse by sanding it down or if it's better to just remove that blister.

I'm tempted to think sanding it would be better (as long as I at least throw some "over-rust" paint after) because those cracks could be holding water inside and making the corrosion faster?

The blister in the paint holds moisture inside accelerating the rust. A practical repair could last a year or two is a grind to remove most rust, conversion ( phosphate ) treatment then prime and top coat or just topcoat. A serious repair that would last longer and match the paint better would be expensive. Once rust has started it is difficult/expensive to stop. There are many variations of a "practical" repair ; such as grind most rust, conversion coat, fill/cover holes with polyester/fiberglas mat or epoxy putty , grind , body putty, sand, prime ,topcoat. I have done them them all but one to two years is the life of the repair. I have had to junk a couple good running cars because of rust ( salted streets in the Chicago area).

Not the answer you're looking for? Browse other questions tagged paint rust body-work or ask your own question.

3
How to protect metal from scrape through the paint?
4
How much do I need to sand before proceeding?
2
Is it safe to take the paint back to the undercoat? (will it rust?)
4
Minor body rust sanding and repair
1
Why does rust need to be removed?
1
Car touch-up paint... HELP!
10
How major are these paintwork & rust problems?
0
How to remove minor surface rust on frame?