I have a 2017 Mitsubishi Lancer Black Edition CF Auto MY17.

As shown below, the factory (stock) head unit has an AUX option, but there is no 3.5mm AUX input anywhere in the car.

The USB/iPod option will play audio from my iPhone, but only from the Music app; not other apps such as Spotify etc. And the Bluetooth option has problems such as stopping music, skipping through songs etc.

I have looked extensively throughout the car for an AUX input, but found nothing. I've also found a couple posts online from others who have the same problem with the same car.

But as shown, there is only a USB input and cigarette lighter input; no AUX.

I called a local car audio shop and asked if they could install an AUX adaptor such as this: 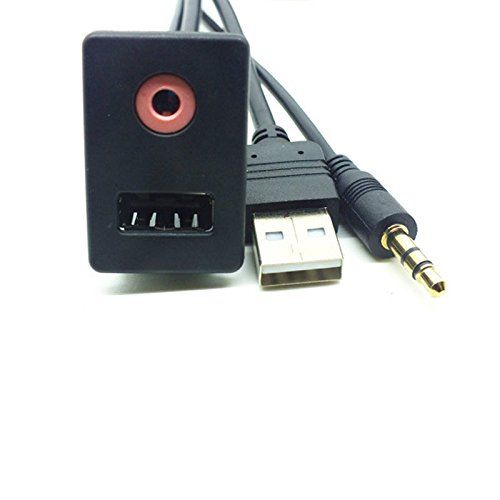 They said they can install one if the head unit is aftermarket, but they can't do it for a factory head unit.