I bought a 2006 Kia Rio about a month ago. It's a 5 speed manual. Prior owner replaced the front right wheel bearing and in the process damaged/removed the ABS wheel speed sensor which turned on the check engine light [or so he claimed]

I've been driving it for a few weeks w/ no problems. The brakes work fine, the ABS warning light is not on, speedometer works fine.

I had a friend install a new ABS wheel speed sensor yesterday and cleared the code, but after 5 miles the check engine came back on. I know that sometimes electrical/wiring issues can be difficult & expensive to remedy. I really don't want to go down the rabbit hole w/ this if it's something that's not going to affect the cars performance [it hasn't thus far] and isn't going to be a danger in any way.

My question is: Does anyone have experience with this code? What was your outcome and is it something that may just be an annoyance like an O2 sensor or evap code? I've already dropped more money into this car than I planned and would REALLY like to not have to pay to get this remedied. ANY feedback is greatly appreciated.

P0501 refers to the vehicle speed sensor (VSS), not the wheel speed sensor for the ABS. Some vehicles use only the wheel sensor to provide the speed, while most use two different ones (one at each wheel to detect differences for ABS and one for the actual vehicle speed). The VSS is attached to the transmission. For the manual transmission, it should look like this: 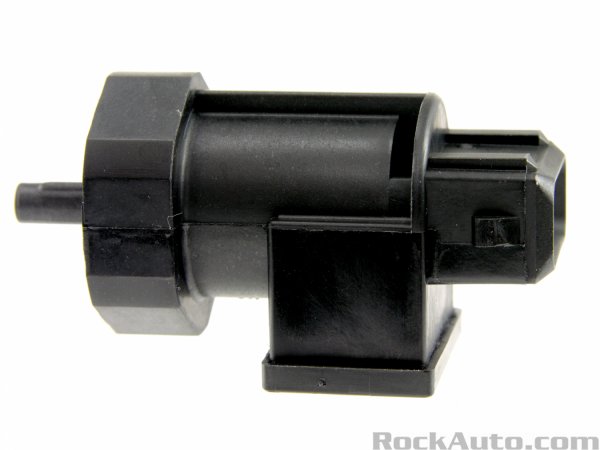 Before you replace the sensor, though, you need to check the wiring to ensure it's in good shape. Seems the Rio may have issues with this sensor going bad due to overheating, so check it out prior to just changing the sensor itself.

Not the answer you're looking for? Browse other questions tagged kia rio p0501 or ask your own question.