The car is a 2006 BMW 325i (N52B25 engine). The problem started out as a performance issue (car didn't pull quite that hard), after a while it turned into more serious issues like low rpm stuttering/jerking, increased fuel consumption (x1.5), the latest issue being 3-4 stalls on cold start, then very rough running for the first 2-3 minutes.

I've managed to monitor lambda values and voltages for the O2 sensors (it has 2 banks, 1 probe before- and one after the catalytic converter for each bank). Bank2 looks rich while bank1 appears lean. There's quite a difference between long- and short term fuel trims also. Inspecting spark plugs for each bank confirmed this - bank1 plugs were burnt out nicely, while bank2 plugs were black.

This first image was taken while cruising (partial load, cruise control on). The second one is full throttle at low RPM (heavy jerking/stuttering). 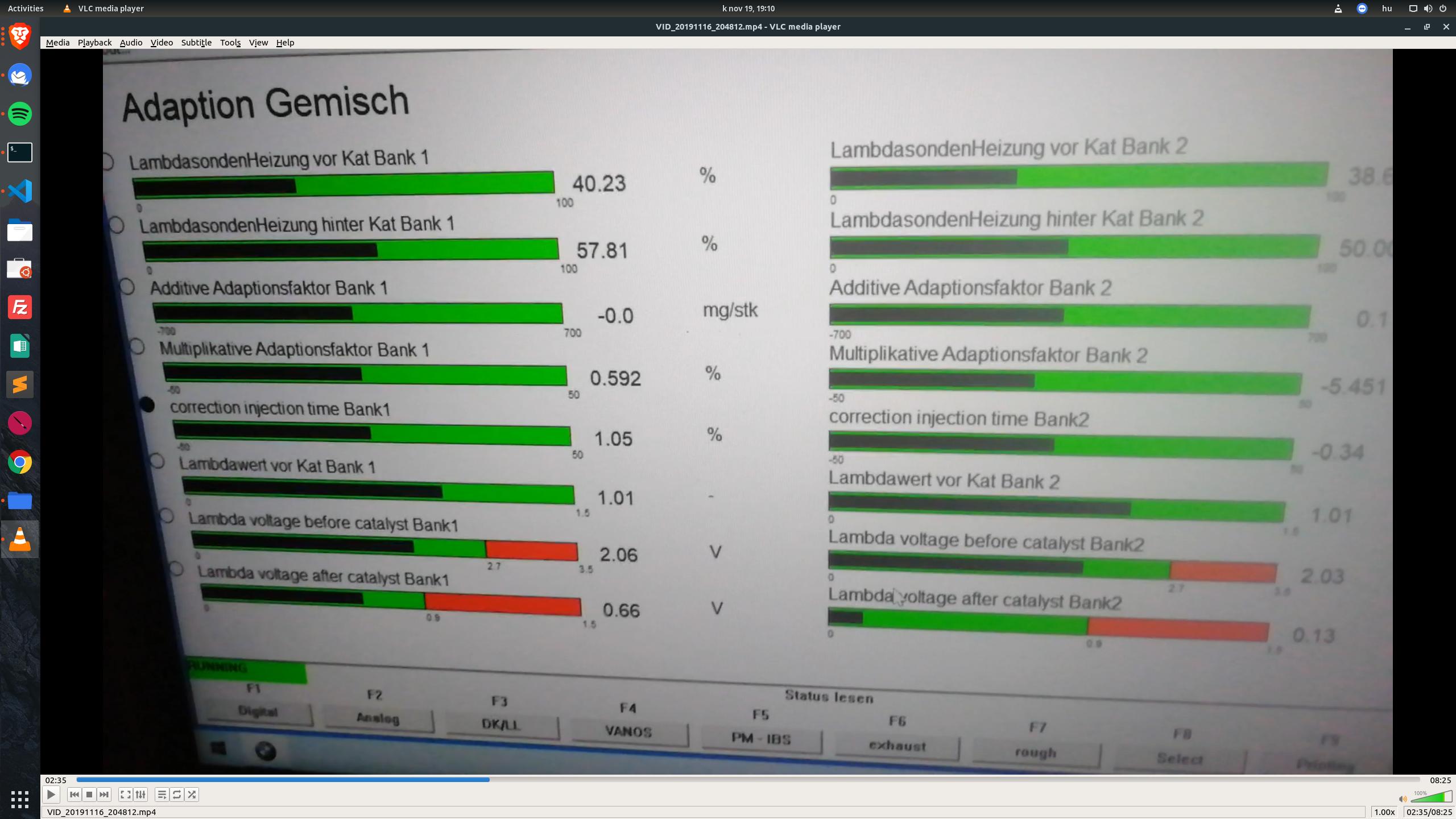 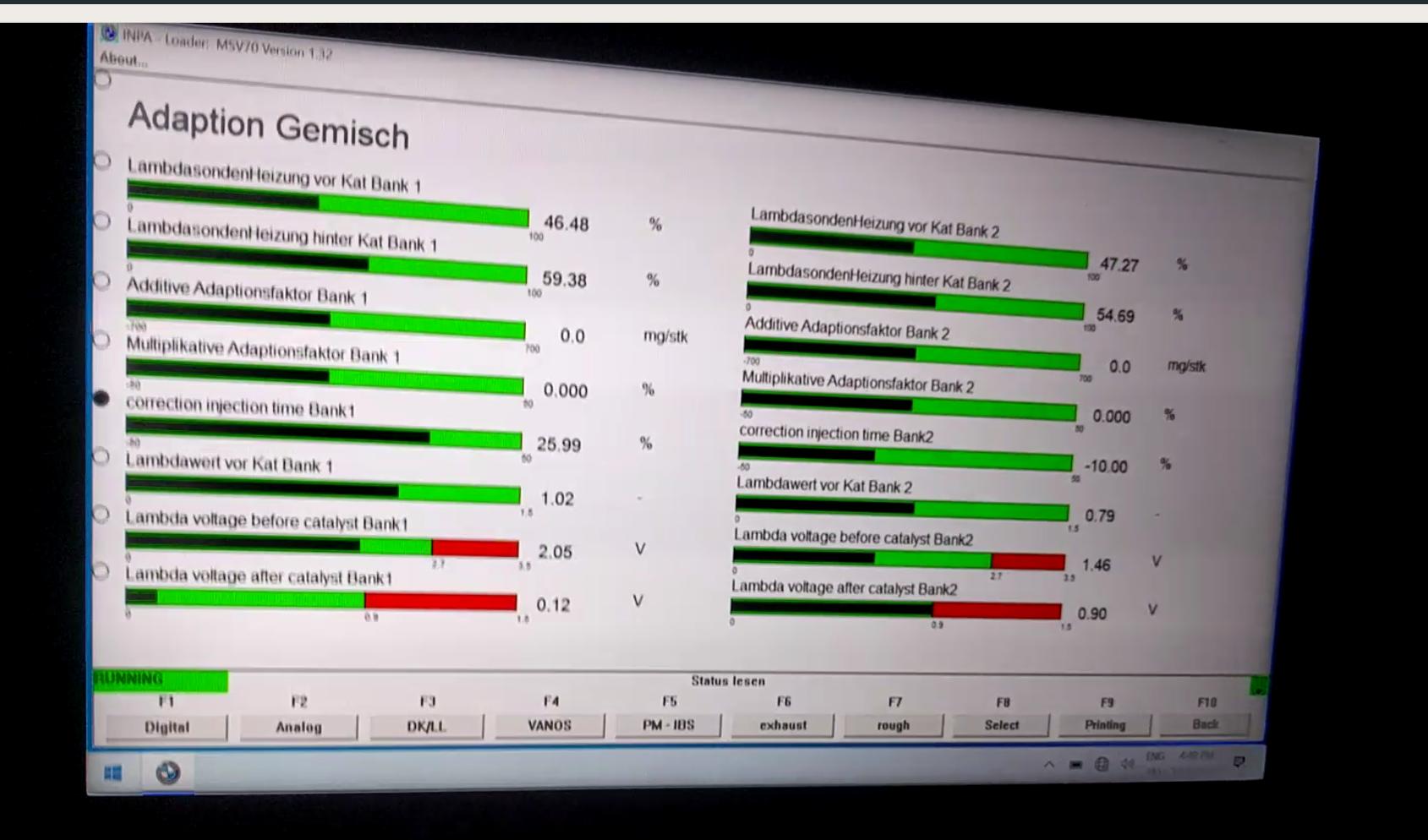 There are two things I'd need some advice on:

+1 - One more thing that can cause different fuel readings between banks - the catalytic converter. Can it be so faulty, that it completely screws up fuel management like this?

Thanks for any ideas or suggestions. Cheers!

It's the pre-cat sensors that are used to determine the mixture departing the engine, the post-cat ones are there to monitor cat function. Since the fuel trims adapt to maintain the value at the pre-cat sensor, it'll look good, if it's producing a fairly rational but off-calibrated to the lean side signal, even though the real mix is too rich, per the plug evidence.

On full throttle, the system is likely trying to achieve an impossibly rich mix, so the pre-cat still indicates lean, but the rich, near oxygen-free exhaust may be overwhelming the cat and leaving the post-cat sensor detecting a rich condition.

I'm not familiar with this injection system, but though the O2 readings aren't used at startup until the sensors are warmed and producing rational readings, the 'wrong' trims resulting from the faulty O2 readings are still going to overfuel the bank 2 cylinders even in open loop, probably causing it to flood rather than fire reliably.

A faulty cat should only produce bad readings at the post-cat sensor, which would set the SES light, but the fueling would remain correct.

4
Can I use the same AFR sensor on both banks (bank 1 sensor 1 and bank 2 sensor 1)
2
Interpreting O2 sensor readings
2
What would cause those two codes?
3
Trying to Understand Post Cat O2 Behaviour During a Misfire
2
Difference between banks for AFR & O2 sensor values
6
Should catalytic material be between upstream and downstream o2 sensor?
1
Error code P0421 - warm up Catalytic converter efficiency below treshold (bank1) - problem with Catalyst Monitor Bank 1? (Mazda 5, 2014)