![engine hood Engine hood has scatches as shown in pic. I suspecy cat scratch, i need your commet on this as per pattern of scatcj 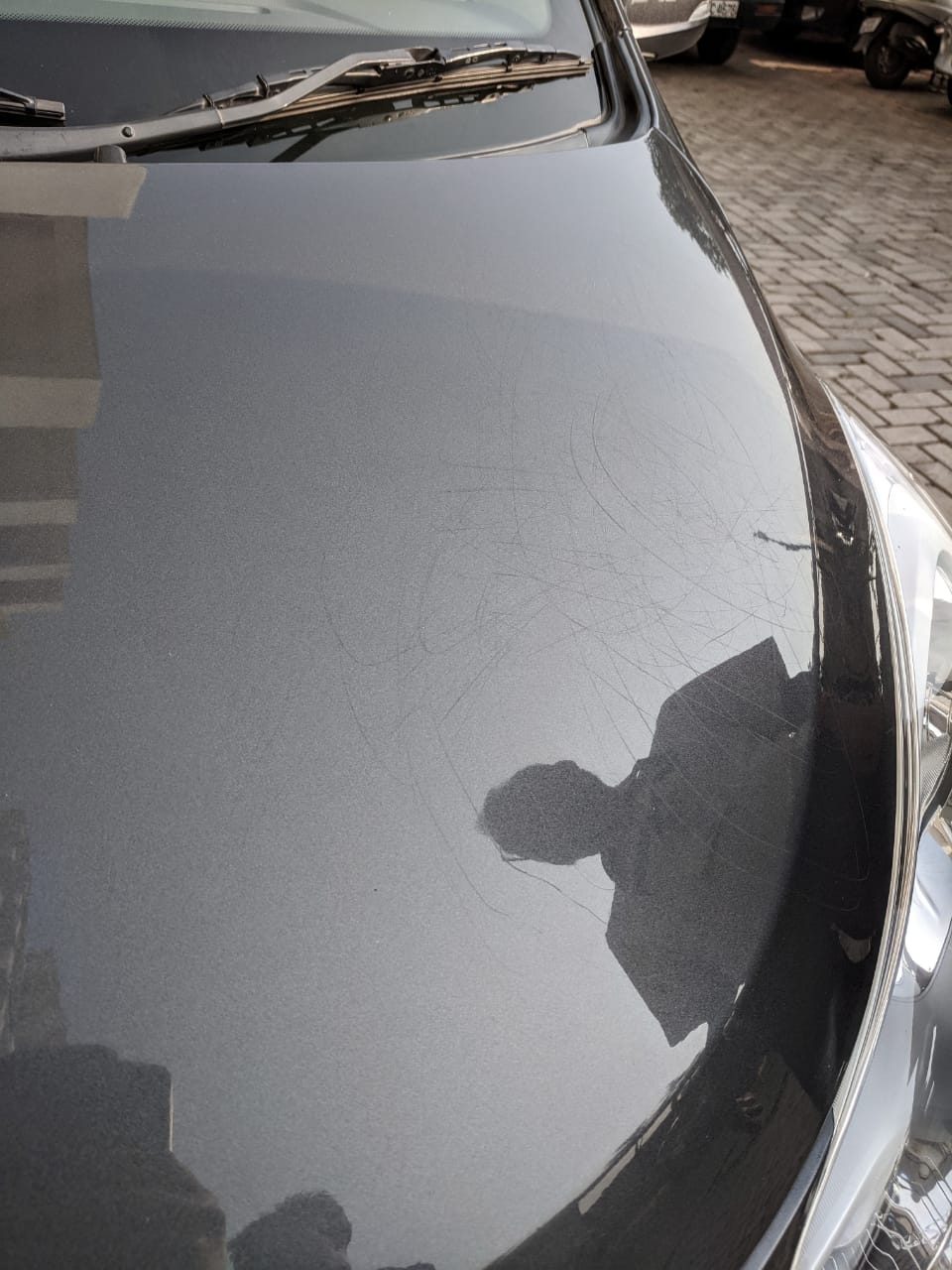 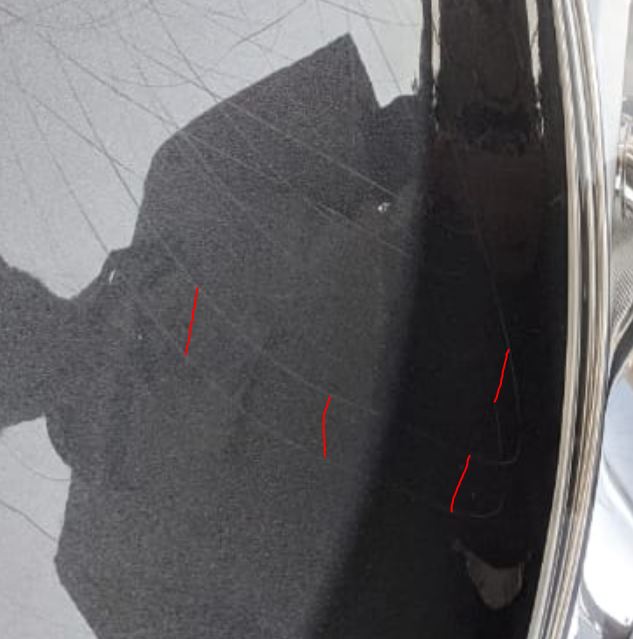 There's a number of these scratches that run parallel for some distance, and around bends, so this isn't the work of a cat. I'd guess that someone has tried to wipe the surface with a rag or sponge with some specks of abrasive material embedded.

I will have to agree with the other answer and say that I don't think this was done by a cat. It's hard to tell exactly what did it, but there's a few reasons I don't believe it's a cat.

Overall, I would say it's unlikely that this was done by a cat. Only you would have a good idea at who the next suspect would be so I'll leave that up to you

Given the position of the scratches on the bonnet, I would suggest that they are likely caused by someone (human) sitting on it. As Phil G says, the pairs of parallel scratches are too far apart to be cat claws (which would be four closely spaced lines, around 4-5mm apart).

Not the answer you're looking for? Browse other questions tagged engine hood or ask your own question.