What happens when you shift from Neutral into Drive while in motion?

Suppose you are driving up a long, steep hill in an automatic transmission car. You're doing a steady 40 miles per hour, and suddenly you shift from Drive into Neutral. The engine revs up to around 4-5k since you haven't changed your foot position on the gas. As your speed begins to drop from the disengaged transmission, and the engine is wailing, you shift back into drive and feel a huge jolt. What is actually happening in the transmission at those exact moments?

Someone I know has done this a few times and now his transmission shifts roughly, flares between gears and sometimes even misses shifts. What damage has he done and can it be fixed?

What you've described is something I learned last century as a "neutral drop." Consider that an automatic transmission is a fluid coupling. Two "fans" are pointing at each other inside a housing. The fan on the engine side pushes the fluid into the fan on the transmission side, causing it to turn.

When slowing or stopping, the engine continues to turn the fan at a slower speed, while the transmission fan remains stationary. The forces are relatively mild and other than a bit of warming of the transmission fluid, there is little effect.

When sufficient power is applied and the brakes are released, the transmission fan applies force to the gear train and the wheels turn.

Some/many transmissions use clutch assemblies that are engaged in turn depending on load and speed and a variety of other factors.

When you flip to a drive gear with a madly spinning input shaft, many parts are overstressed. The mounting of the clutch bands can be damaged/destroyed. The torque converter (fans) can also have blade failure if the forces are high enough. One of those fans went from full speed to nearly full stop in a fraction of a second and you can be certain it was not engineered to do this.

Other components of the rather-complex and sophisticated mechanism are equally prone to destruction. Note all of the small components in this cut-away of an 8 speed automatic. 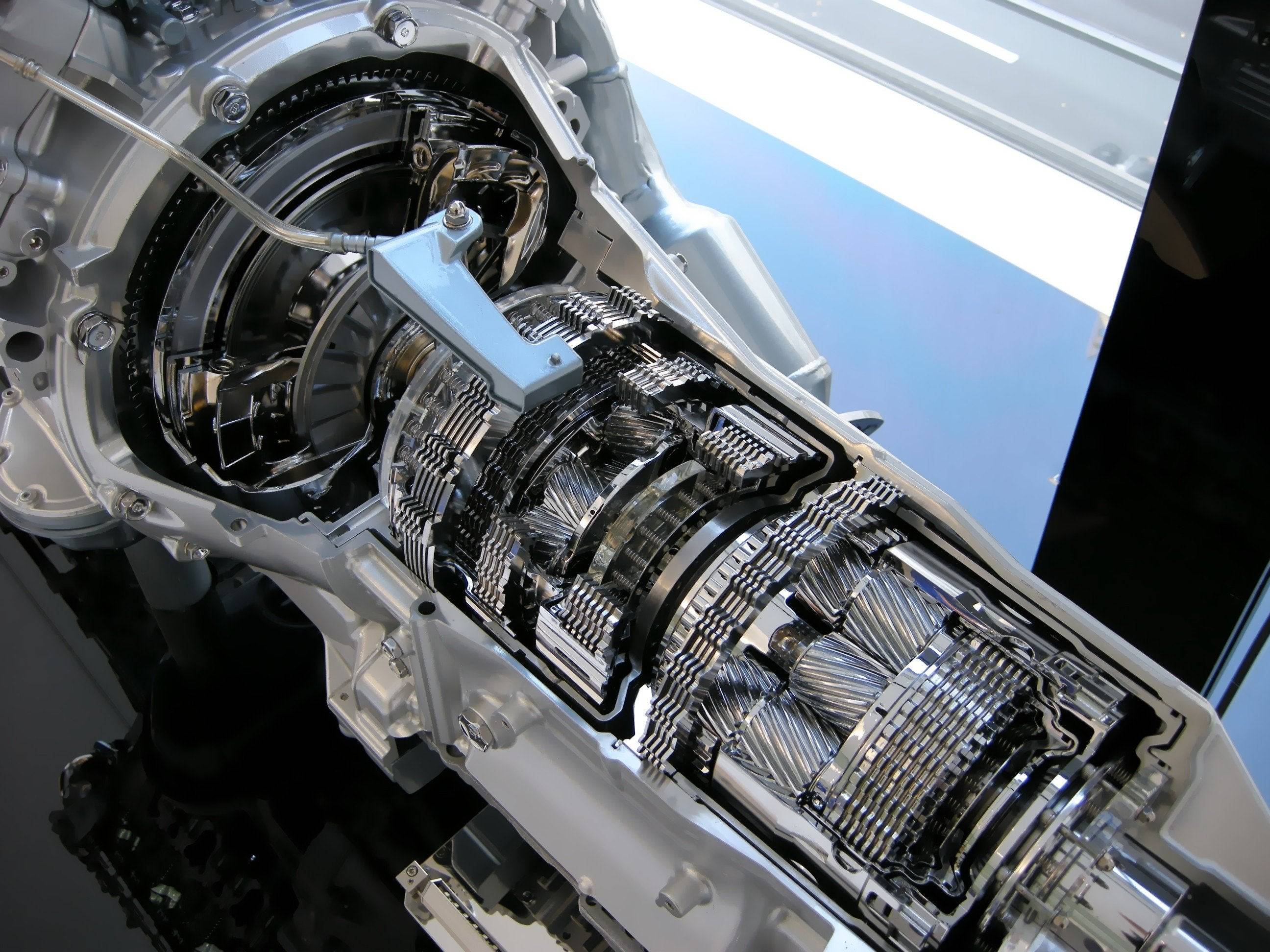 As a totally-stupid-young-person, I enjoyed doing neutral drops on sandy surfaces. Sometimes, it would be Drive, Neutral, and Reverse in short order. Too much traction and I then had to salvage the vehicle, having determined that a rebuilt transmission would cost far too much money.

Can it be fixed? Almost anything can be fixed if you throw enough money at it. In the case of a damaging neutral drop practice, a full rebuild is warranted.

Not the answer you're looking for? Browse other questions tagged transmission automatic-transmission camry or ask your own question.

3
Toyota FJ Cruiser transmission problem
3
Automatic Transmission - Shifting from Neutral to Drive while in motion
5
Why do cars allow you to shift from Reverse to Neutral/Drive without brakes?
4
Auto Trans gear selector does not engage ANYTHING?
13
What would happen if you shifted into reverse while you are going forward?
2
Automatic stalls, then struggles to go up gear, revs bouncing - would low/bad fuel explain this?
6
Looking at buying a 1997 Toyota Camry XLE V6 with dark colored ATF, mistake?