a. Opened driver door with the key out of the ignition (assuming the key was in LOCK position)opening my door a chiming went off. I latered realized i had the key in the ACC position and when i tried to depress the key to the OFF position, i was met with resistance and ultimately could not. I am able to turn on the car but i realized that my key is can easily come out of the ignition when it is on ACC and ON/START while the car is on as well -- YIKES

b. while noticing problem a, I attempted to automatically lock the doors (with driver door open) and locks automatically unlocked immediately.

c. assuming lock and chime would work correctly if i closed door and manually locked door from outside, i did just that and realized that the chime DID STOP and the 4 doors did lock after manually locking the driver door from the outside. HOWEVER, i noticed that my CLOCK was ON. Did not think this would be an issue but it ended up draining my battery (older battery that needed replacing anyway but still) and im assuming it was the Clock that expedited the battery drainage.

What I tried so far:

additional info -- i did realize that when i removed the tumbler assembly, i was able to lock the doors fine even when the driver door was opened (1/2 issue solved, YAY !!)

Anyways, my questions to you are:

can you please be as detailed as possible (I am just a layman) because on top of fixing the issue i want to know the science behind why something like this would occur.

The "Blade Thingy" is pretty much just that a flat blade that connects the ignition switch and wheel lock with the ignition lock cylinder. When you turn your key in the lock-cylinder it turns this actuator that then turns the ignition switch. You probably can not turn it with your pliers because your just not doing it right. Try grabbing it, pushing in and then turning at the same time.

Here is a sad little doodle I did of the lock housing since many people get confused with ignition lock cylinder and the ignition switch. 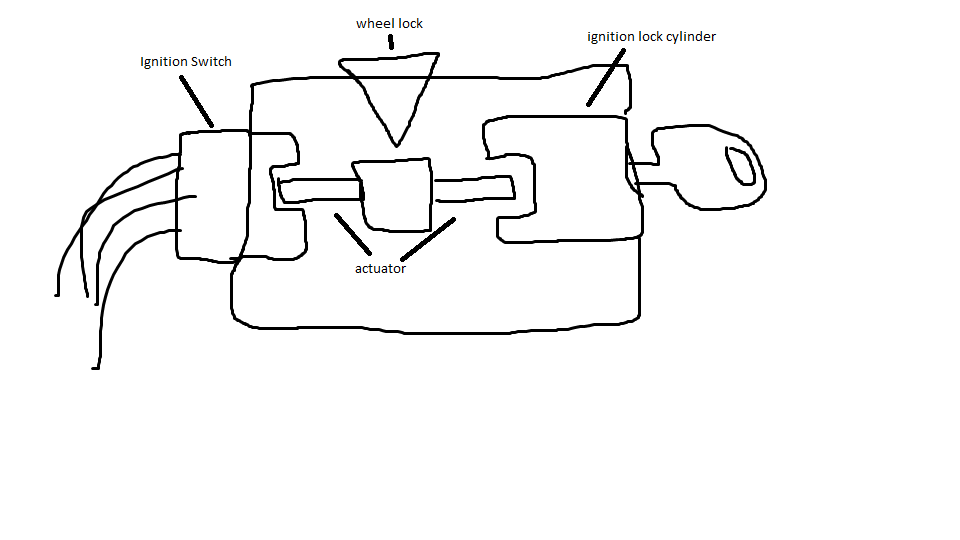 Not the answer you're looking for? Browse other questions tagged toyota camry ignition-key ignition-switch or ask your own question.