2008 Chrysler Town & Country - Can rear bearings be cleaned up, or are they a sealed unit?

This weekend, I'm replacing my 2008 Chrysler Town & Country's rear brakes (rotor, calipers, and pads.) The mechanic that inspected the vehicle said the bearings were OK. But, since I am going to be taking apart that area anyway, due to the excessive amount of rust on everything there, I'd like to do anything I can to improve the condition of the wheel bearing & hub assembly.

I have photos of a compatible assembly below, so you can see the piece I'm talking about.

Unlike the front assembly, the rear assembly doesn't have an "open hole" going all the way through the middle.

I'm going to remove the outside rust as well as I can, especially where it makes contact with the rotor.

Would it be fairly easy for me to go further by taking the assembly off? (Ignoring the difficulty from the rust holding onto it, since I already know about that.) Like go inside the assembly, remove the existing grease, and pack it with new grease? And examine what's in there to see how worn it looks, and if there's excessive metal flakes? Maybe that cap on the back just comes off, as it looks like it has an access lip to it...

I've watched several videos on cleaning up and packing wheel bearings, but theirs looked quite different, so I want to ask if mine is a sealed piece that I shouldn't think about getting into, perhaps done that way since the unit has to do with ABS as well. The only videos I can find of these rear ones are of people just replacing the part.

I'd love to know now if there's no point in taking it off, so I'd just clean up the outside-facing side of rust, and not have to get the thing off with all the rust holding it on. 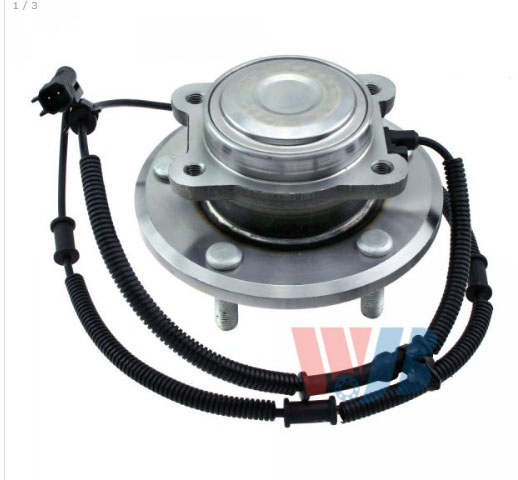 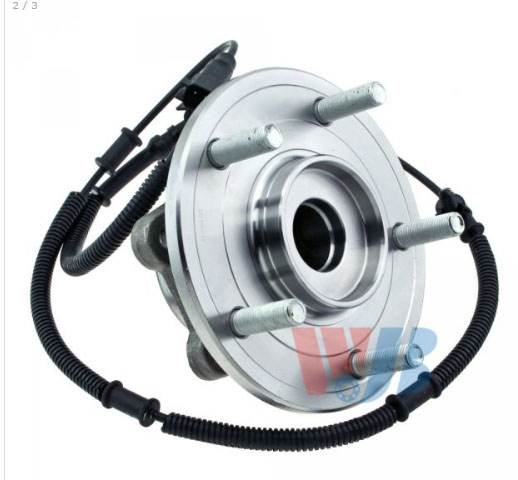 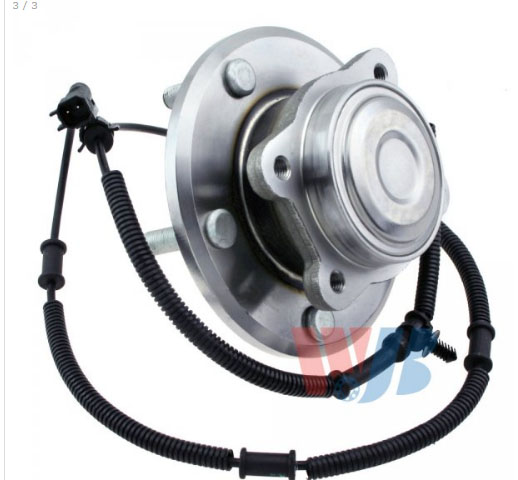 These are sealed units, and usually the grease is good for the life of the bearing - unless water has gotten in. The back cover will be either pressed in, or the housing peened over the edge of it, so getting them apart, and as importantly, getting them back together and sealed up, might be challenging.

I did some very similar ones on a Chevy a while ago, and the first problem I encountered was that the locating diameter on the back of the bearing had locked solidly into the bore of the hub through corrosion, and so I had to really beat them to get them to come out, even after soaking for hours with penetrant oil. These were noisy bearings anyway, but I wouldn't have wanted to reuse them after the pounding they'd taken.

I don't know what the typical life of the bearings would be on the Chrysler, for my Chevy it had already gotten over 100k and I had a spare set waiting to go on as a preventative maintenence action since I was expecting them to fail fairly soon. It may be worth checking on forums for other's experience on when they're likely to fail. If they're getting to the mileage that others have seen failures, it may be worth replacing them while everything else is apart.

Not the answer you're looking for? Browse other questions tagged rust wheel-bearing or ask your own question.

5
Removing badly rusted and broken bolt from suspension
4
Best way to remove partially stripped and rusted fuel filter nut?
5
Do I need to replace just my one rusted rear rotor, or do I need to replace both rear rotors?
4
What can make my wheels hard to turn
9
How major are these paintwork & rust problems?
2
Are "satin" (non-shiny) wheel bearings okay?
2
Does a cracked paint blister corrode faster than if grinded?
2
What would the result be of re-painting a slightly rusting door?
0
How can I prevent hub and rotor rusting together?
1
Rust on Vehicle Sitting for a couple of months