I got this screw in my tire, should I plug or replace? 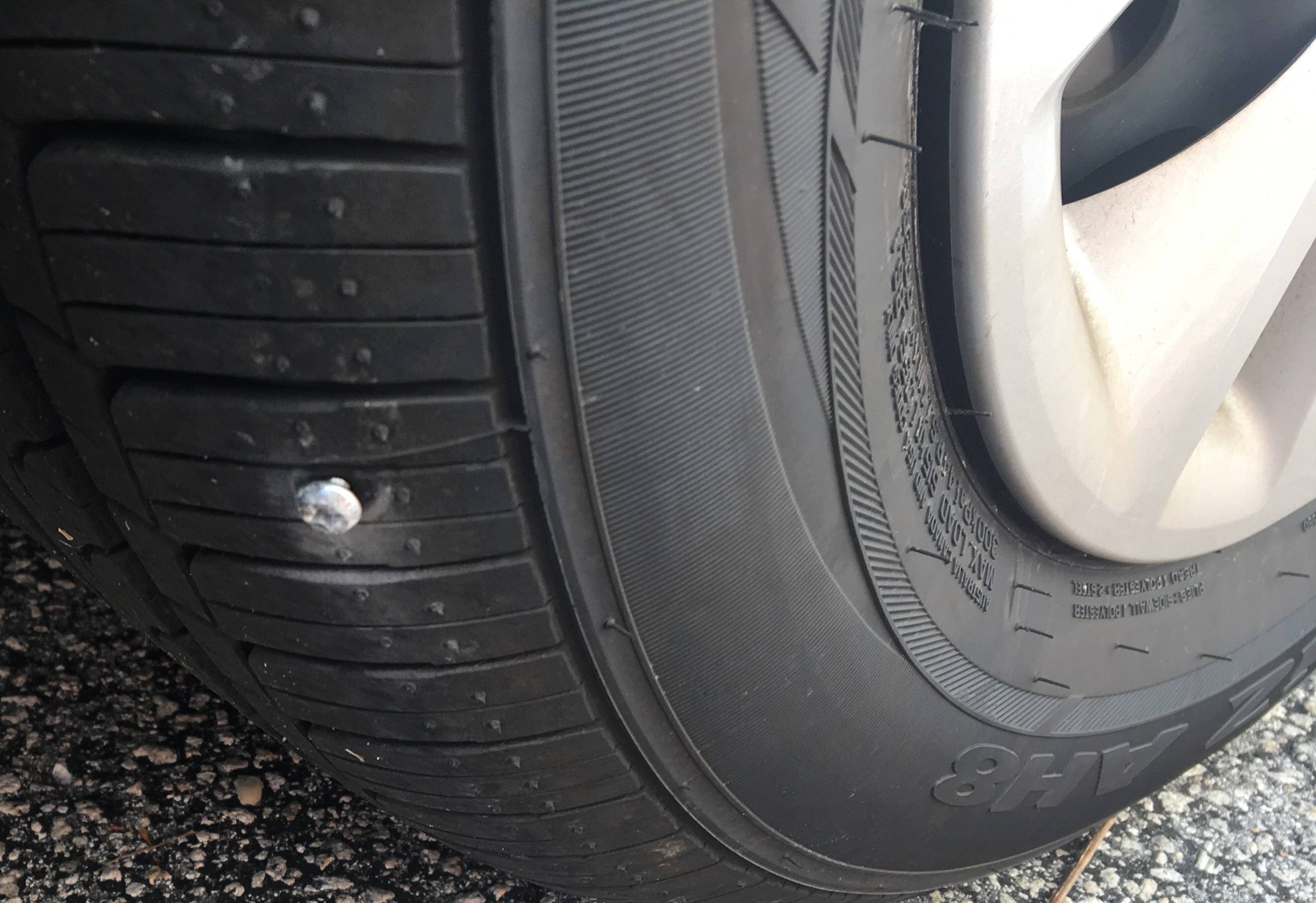 Should I have the tire plugged, patched, or replaced?

That one looks too close to the sidewall. Bring $$ and replace. Reference Here 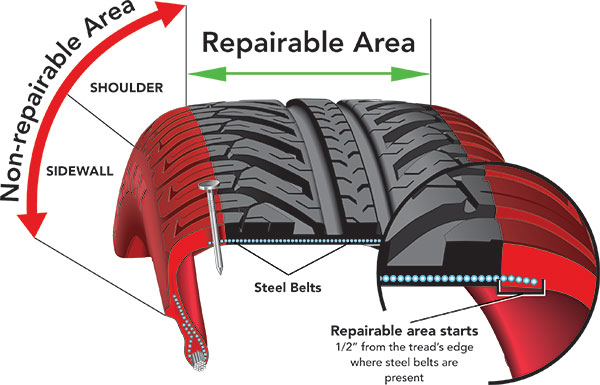 Apparently that tire repair guidance originates from the guidelines set by the USTMA (U.S. Tire Manufacturer Assoc.) Now obviously that reference is designed to help sell tires, but its pretty safe, sound guidance.

As the 'guy' who fixes it, the long and short of it is that I would NOT repair that. It's not a financially-driven decision, it's safety. The steel chords are the strongest part. You would be drilling them and in turn opening up to sidewall failure.

I would be prepared to replace it, but it might be repaired as a personal favour (still NOT recommended). But understanding tyres is complicated. The simple answer: if you have it repaired I would say theres 30% chance of absolute catastrophic failure, 30% chance of continual structural issues, 30% chance nothing will happen.

But as previously mentioned, it's a REALLY BAD IDEA TO LET THE TYRE FAIL KNOWING IT'S NOT SOUND, and very expensive. Plus your wheel may not be balancable to perfect balance if it flatter or blew out, and that can cause undue stress on other components (I've seen it cause a driveshaft fail under unusual conditions - it was wobbling enough to cause problems).

My answer: Replace, if you can't afford them spare, but if it's a space saver, repair is safer than using the spare. The above diagram is what we consider safe. And this means that you would be SERIOUSLY weakening the tyre to repair that. It's unlikely to last long due to other problems.

This is a supplement to Zipzit's answer.
Added as an answer due to the image.

As Zipzit said - the photo is deceptive.
That appears to be a NEXEN NPRIZ AH8 tyre. If so, the object appears to be at about the location shown, so well off the tread proper, as zipzit says.

Image from here and many other locations.

Photo angle is a bit odd. Look at that photo again closely. See those tiny nubs? There are like two rows of the nubs running in EXACTLY the same area as the screw. Those nubs are actually drilled gas escape zones in the rubber mold for the tire. They allow gas trapped in the closing tire mold to escape and not get trapped as a bubble in the tire. And here’s the thing. If those nubs were on the tread area they’d be worn right off in 25 miles of travel or so. The fact that they are still visible is verification that the screw is at the very edge of the steel belt (or a bit beyond).

That's pretty close to the sidewall..it only about 1-1.5 cm in..no where near enough to clear the chord band really ..yes you could repair it but ..its not the holding air that's the problem it's the structural nature of the sidewall that makes repair difficult..

I am a tire technition and honestly in most cases if it's in the belts and it's a small hole from like a nail or screw like in that picture it can be repaired with just a patch, however most places have the plug and patch all in one and those require drilling the hole bigger to make it fit, in that case it damages more belts and can cause the tire to blow out during operation which can cause you to lose control of your car and crash, it has nothing to do with getting you to buy a new tire it's only for the safety of the customer and surrounding people.

Thanks for your suggestions, I had the tire replaced a few days ago, it wasn’t fun, but I did what I had to do.

6
Filling the tires with something other than air, to avoid puncture hassles?