Fan set to OFF but face fan position still ON

I purchased a 2013 Toyota Camry with 46000 miles and I have noticed that I am not able to turn off face fan OFF. See the below picture. Fan is set to OFF but still face fan light is ON. I cannot turn it OFF. 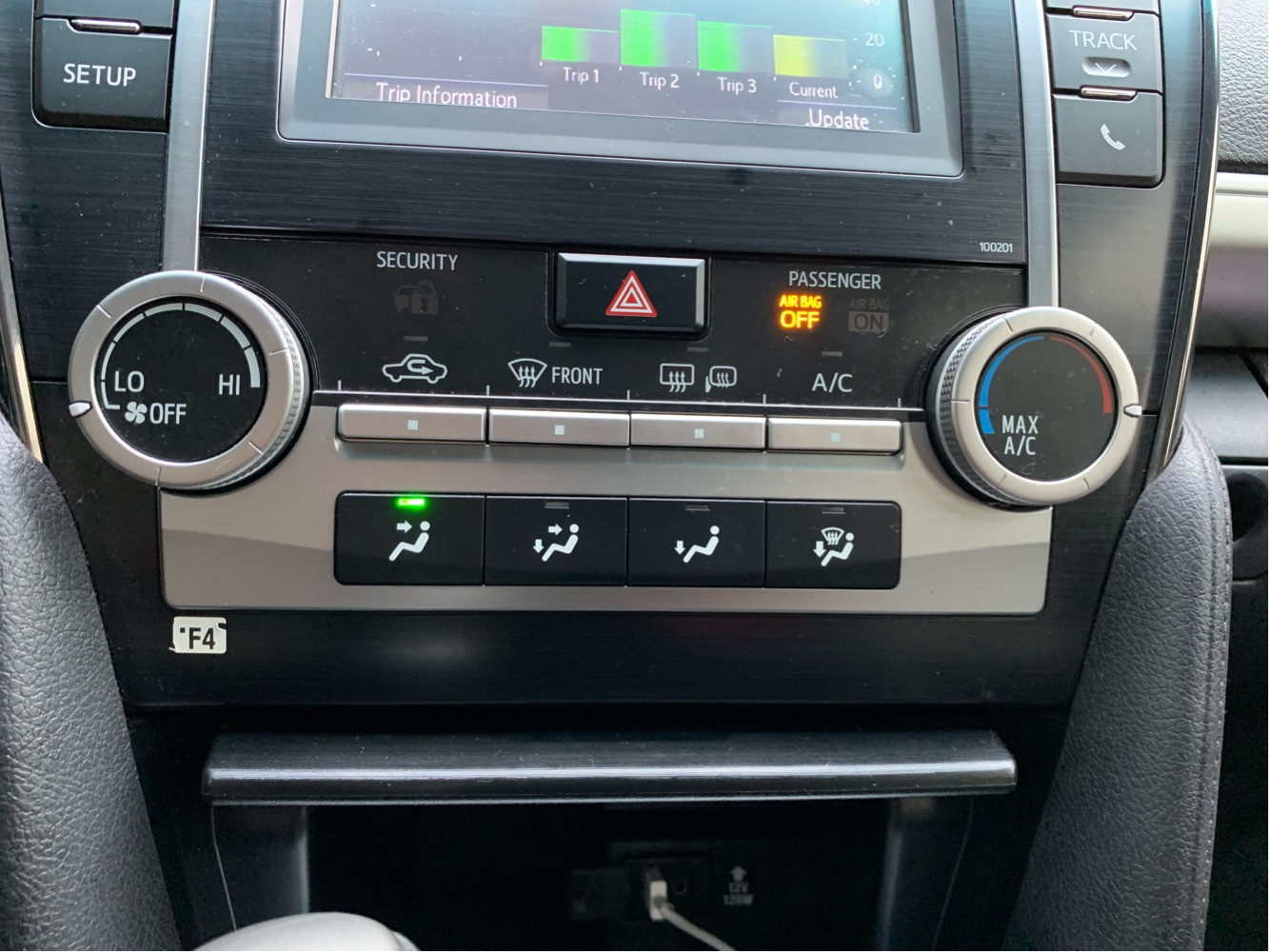 Short answer: the fan isn't running, and the heating/AC system is operating as designed.

Long answer: you've confirmed that air only comes out of the vents when the car is moving forward over the ground; with the car standing still, no air moves. That demonstrates that the fan is not running, even 'though the LED over the air-distribution button is illuminated.

Air emerges from the dash vents because the car movement forward increases air pressure at the base of the windshield, which forces air down through the air ducts and into the interior. If a different air-distribution button were pushed, the air would emerge from whatever other ducts were selected. This air movement is independent of the heater fan.

It appears that the system is designed so that one of the four distribution LEDs is always on, reflecting the states of the various inside-the-system duct doors and blend flaps.

Note too that if the recirculation button is depressed, the car will continue to allow a small amount of outside air to enter the interior. That's designed-in behavior, common to all cars, to make sure there's some air change in the interior.

Not the answer you're looking for? Browse other questions tagged toyota camry or ask your own question.