Why does my van battery have three terminals, and how can I replace it?

The battery in our (converted) 1991 GMC G2500 Vandura has a battery with three terminals, which I believe is now dead (reads half a volt with multimeter). I'm guessing the second positive terminal is for the interior lights and so forth?

We actually have a lithium ion GoalZero Yeti 1000 which we use as a house battery (cooking, heater, extra lights, etc). I've always been meaning to rewire our interior lights to the house battery so that we can run them all night without killing the starter battery.

Can I just replace this battery with a more conventional two terminal battery and wire what was previously connected to the other terminal to the house battery? 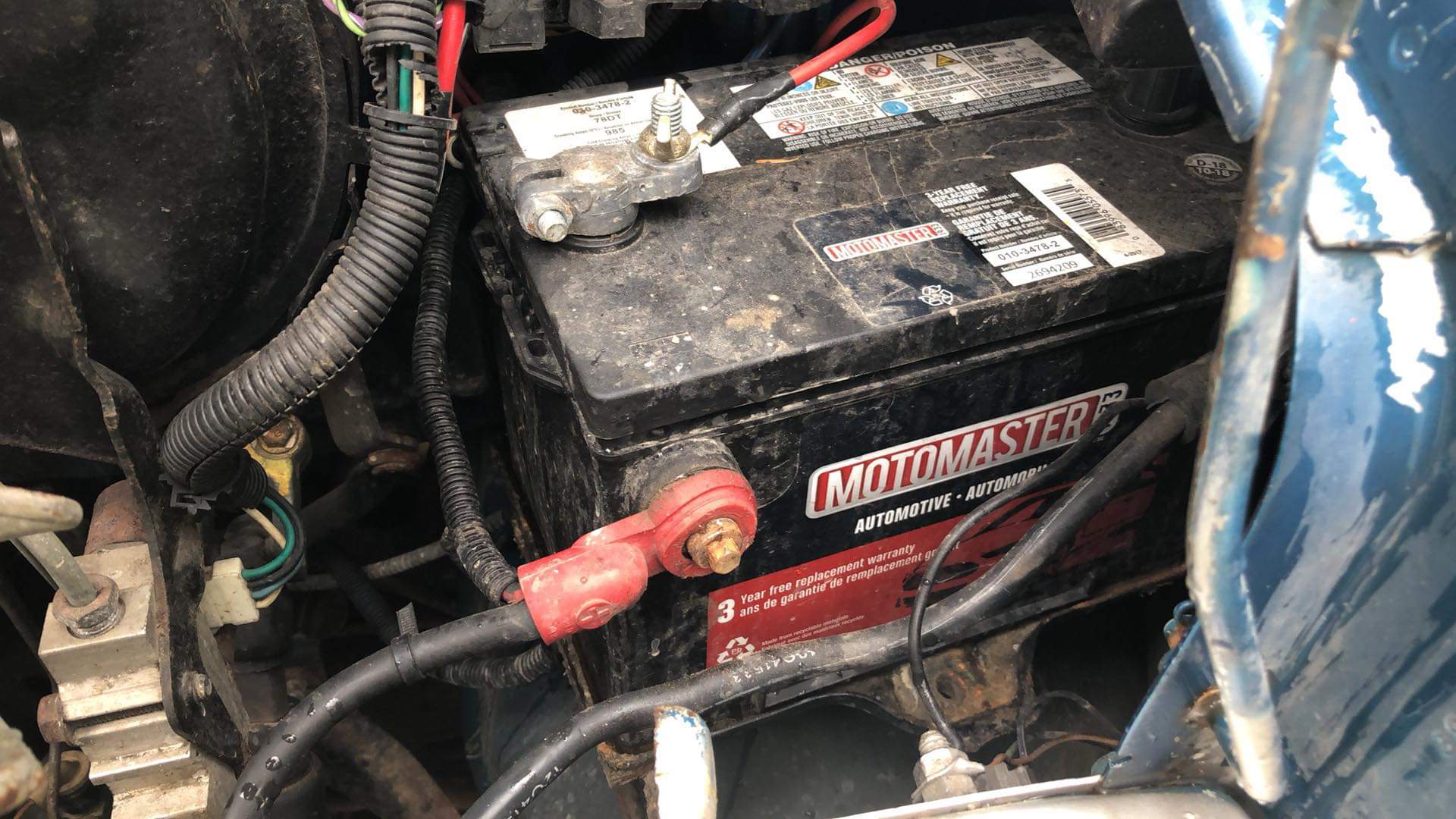 If you do a search for a 78DT battery as on the label on your battery, you will find that it is a dual terminal battery. It has 4 poles, but one of the top ones in your photo has a cap on it.

If the cables on your vehicle will reach to the top poles of the existing battery, then you should be able to replace it with a ‘normal’ 2 pole battery with suitable adaptors for the connectors.

You will obviously need to add the wire that is currently connected to the top to the other positive connector.

Not the answer you're looking for? Browse other questions tagged battery gmc or ask your own question.

2
How do I add an auxiliary battery to a van?
2
How to find and access the actual terminals of car battery
5
Why do you have to replace brake pads on both rear wheels at same time?
1
How to clean battery terminals?
3
Van won't start and no lights come on; battery good
3
When turning the key to start, all lights turn off and engine won't start
0
Can you attach multimeter to battery terminals while car running/charging?