Two hoses that run from the carburetor - Is the upper hose cut and zip tied? Is that's the one that brings fuel to the carburetor?

I bought a VIP Future Champion, took it to the shop and had the heads changed because the mechanic said it had bad heads, so 200 dollars later... I went in to pick it up and the mechanic says there is a knock in the lower engine, he starts it up (it starts right up) and lets it run for about 30 seconds, so my friend and I go outside to talk and decide to take it home rather than pay the additional 200 dollars.

We go in to get the scooter and suddenly it won't start. I think the mechanic was shady and did something very simple to keep it from starting. It's hot and I'm tired of walking after spending 1000 bucks on a scooter. Why wouldn't it start and hasn't started since?

The mechanic said there was a knock in the lower engine, but he started it right up to show us. It doesn't ignite, but tries to start..

I just assumed it might be something simple, because my past experience with shady auto mechanics is like with my Ford Taurus for which the mechanic flipped the fuel pump relay switch in the trunk without my knowledge and acted as if it wouldn't start... Then the next day I went to get my car tired of giving the guy my money and he had a fake mechanics lean drawn up and... Well, long story...

Anyway, I assumed that since he started it right up and two mins later it didn't after I went outside with my boyfriend and decided I wasn't given him any more money, that maybe there was something simple and stupid like that? Should I have left my scooter in the shop and given him another 200 dollars? The starter works fine and everything else seems to work except it just won't get going or turn all the way over or run.

It's in my back yard right now. The battery is fully charged, and I tried starting it a couple of minutes ago. I'm sitting outside with my laptop and my scooter. Oh What would be a couple of ways to maybe troubleshoot and figure out the problem?

Am I correct in that the upper hose that leaves the fuel pump go to the front of the carburetor? And the lower hose to the back?

The first things to check that come to mind...

There are many things he could have done to affect it but, the things I listed could have been undone quickly.

Here are some images that might help with identifying where everything should connect. I snipped them from a manual for QMB139 (GY6) that is referenced in Rory Alsop's answer to the question "Scooter Won't Start" on this site. If your engine looks like this... 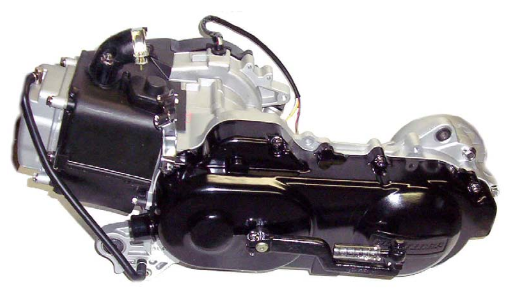 ... Then the following diagrams should apply to your scooter. 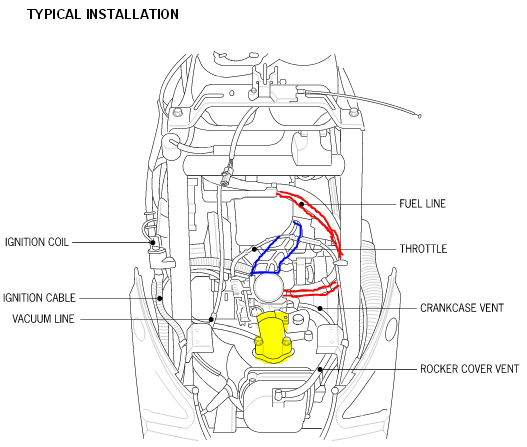 Here I have highlighted in yellow the fuel shut-off valve for the gas tank. 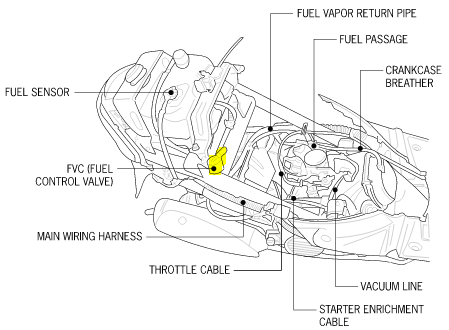 Here is another view with more parts labeled. 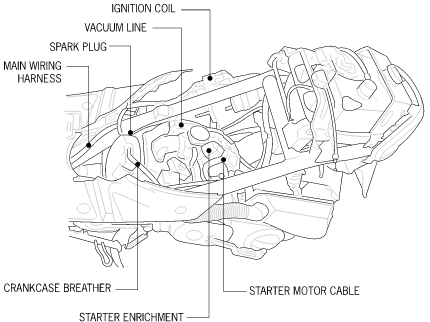 Here is a helpful trouble-shooting guide that might help get your scooter running again. I highlighted the starting point in yellow because it wasn't immediately clear to me. 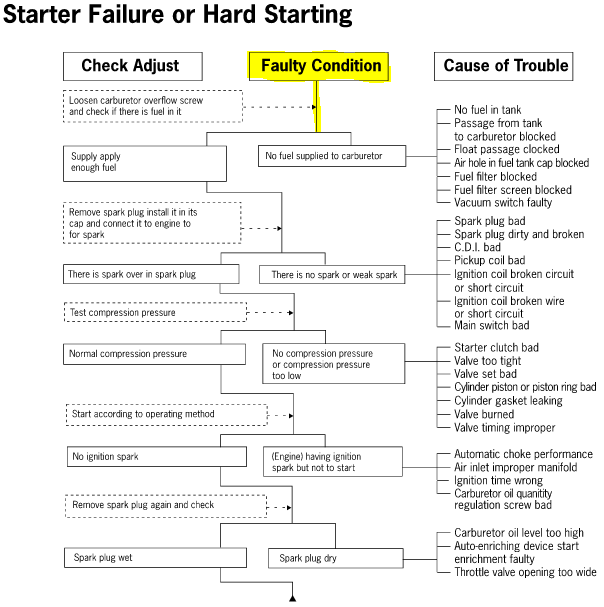 If the air/fuel connection from the carburetor to the engine was loose it might cause non-starting issues.

The upper hose that you found cut and zip tied is likely to be a vacuum line, rather than a fuel supply line. 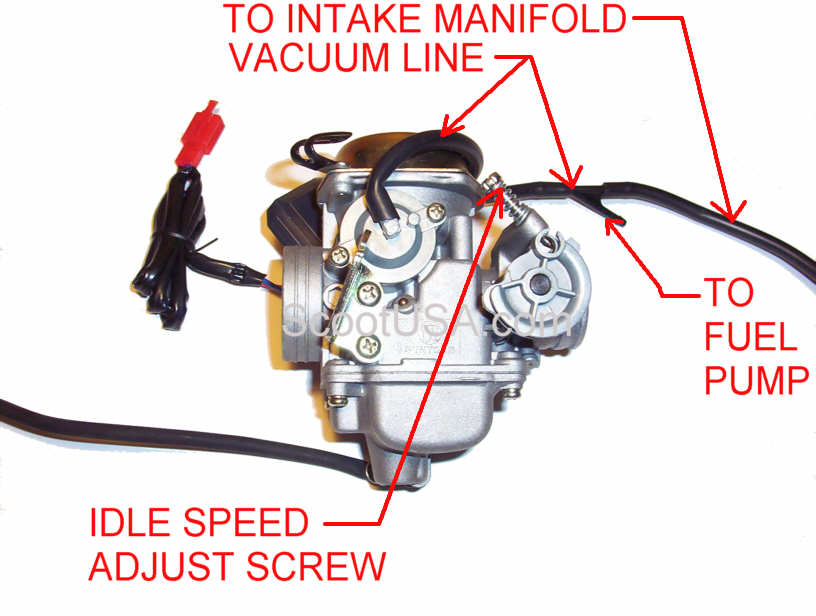 If so, the fact that it is cut and plugged should not be causing your failure to start, it is likely an emissions-related feature that is activated when you get off the gas.

I had the same problems. Take oil cap off reservoir, check dipstick for gas in your oil. Anyway go ahead and drain it, more than likely that's your problem. Drain old oil out, new in and it should run like a new one, I know mine sure did.

It is relatively inexpensive. Riding lawn mower did the same thing the mower was running like crap backfiring etc. The oil case was half and half oil and gas! Changed my oil and filter and started it and ran like new.

I had this problem with my scooter and it was simply the kick stand had to be up.

Not the answer you're looking for? Browse other questions tagged maintenance scooter or ask your own question.