I bought a BMW E46 330Ci (M54 3.0L Engine) that was not properly maintained. It was leaking coolant and sputtering white smoke and water from the engine (didn't sound smooth). Coolant pipes were also broken.

I pulled the engine out, and replaced all the seals and gaskets and coolant pipes. I sent the engine head to a machine shop which pressure tested the intake and exhaust ports and said they were okay, and then skimmed the head.

I checked the block with a straight edge and feeler for any warping and it was within tolerances.

I put the engine back together and then back in the car. The engine feels really smooth and powerful, no more sputtering from the exhaust. The first few days, there was a strong odor (my guess is previous coolant in the exhaust system). I've driven the car for about 2 weeks now, there is still a noticeable odour, although nowhere near as much as before. The coolant level has dropped from max to min (I topped up once as well).

Torquing the head bolts were very difficult on an engine stand (didn't have a very long breaker bar either), and a few bolts, the 2nd torque angle I might have applied 70-80 degrees instead of exactly 90 degrees.

Here is a photo of the block after cleaning it, just before putting the head back on: 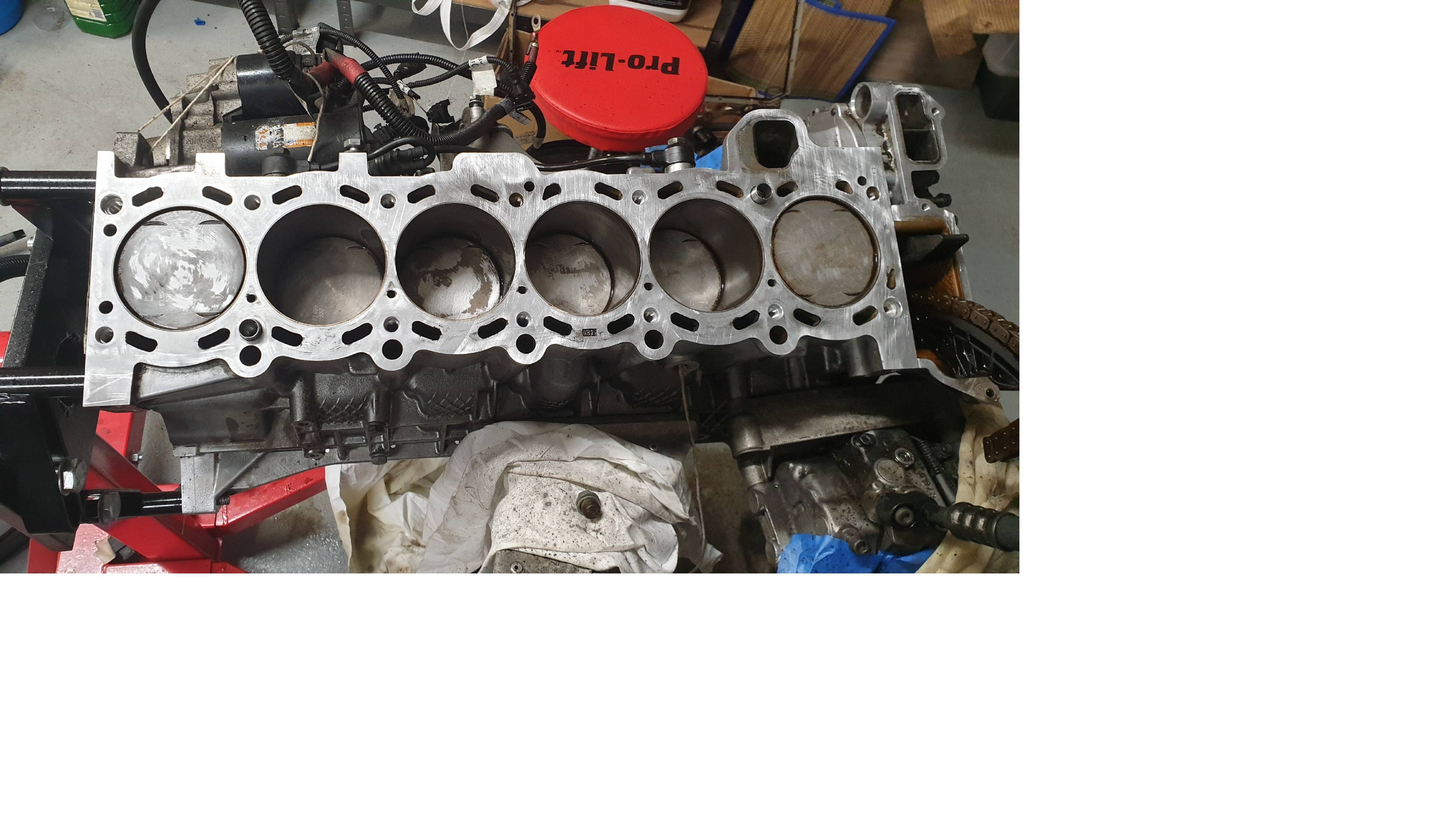 My next action is to do a leak down test. If I see bubbles in the cooling system, will this confirm that my head repair was not done correctly? Where could I have gone wrong in the repair?

Is there any other tests I can do before having to pull the head off again? 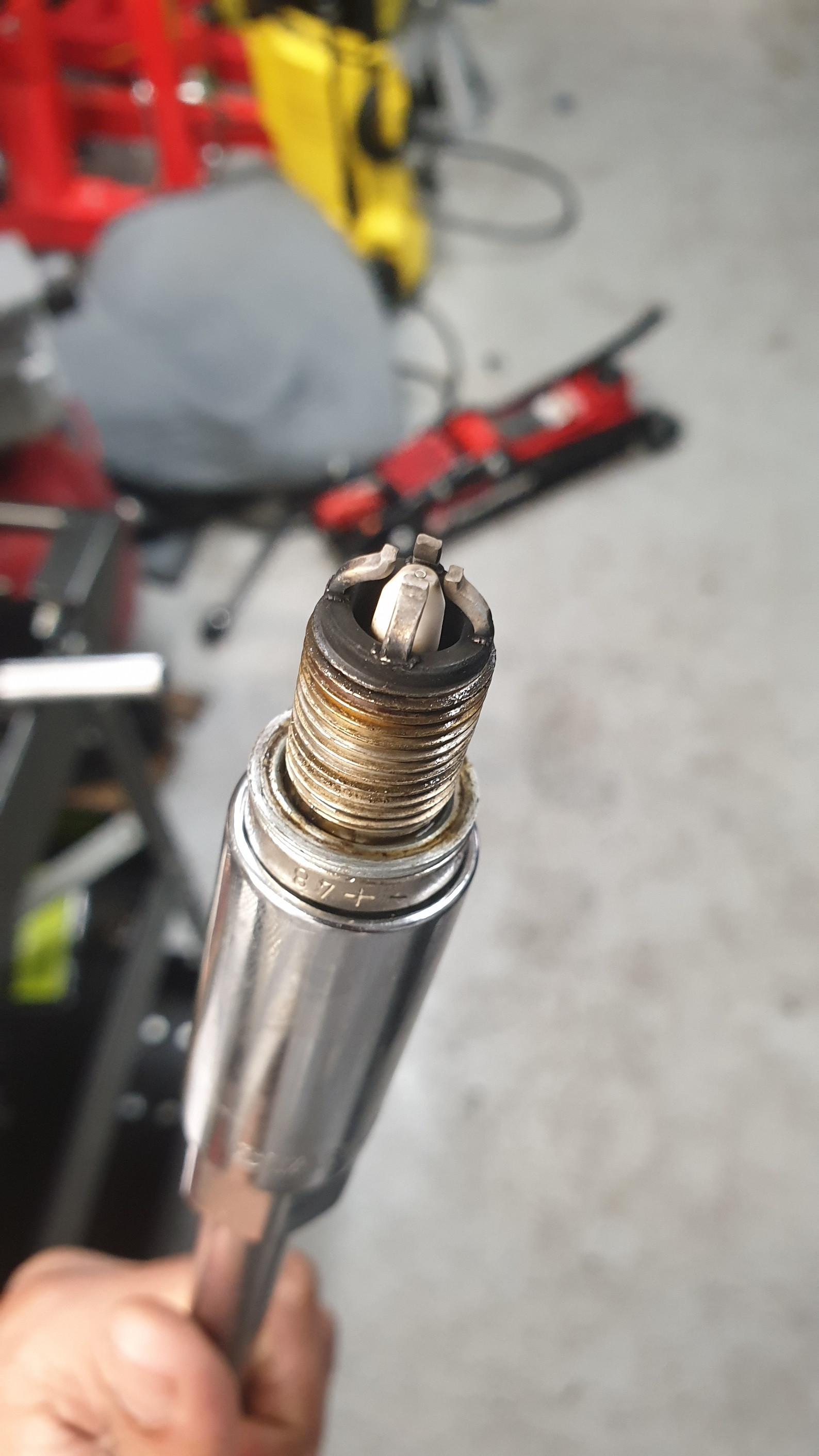 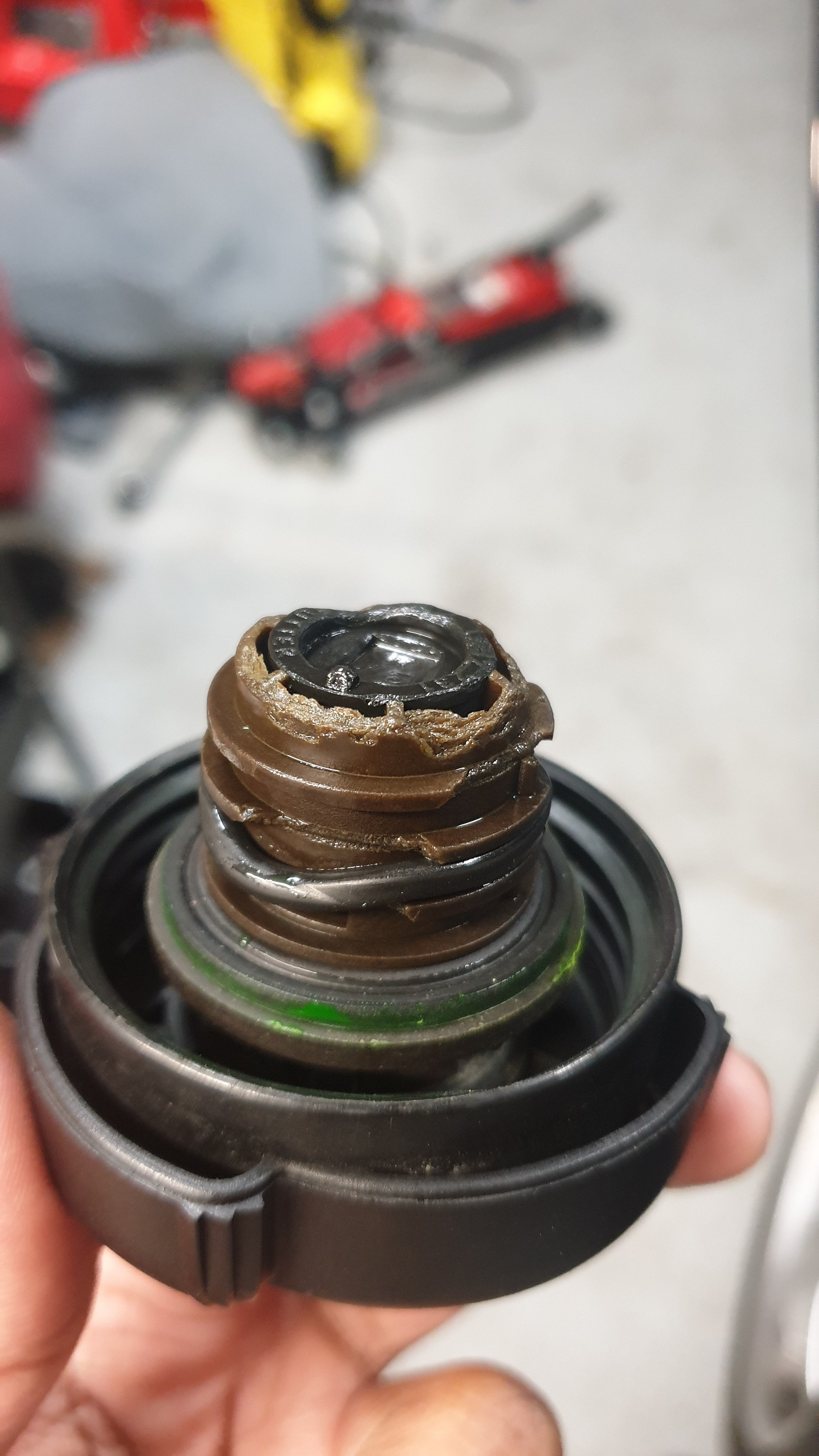 You can pull out the plugs and pressurize the cooling system overnight. If any problem occurred during assembly you might find coolant in one of the cylinders. Best to check with borescope, if not available let someone crank the engine watch for moisture coming out.

Another good method is to use TK head tester. It's a liquid that changes color when it comes to contact with combustion gasses (chemical reaction). Simply place it over the coolant expansion bottle by your radiator and idle the engine.

You can also pressurize the cooling system to the max operating pressure stated on your water bottle cap. Run the engine and monitor the gauge (pressure drops when fan comes on), if the pressure goes over the max relief pressure (usually 1 - 1.2 Bar) you got a problem. Be careful that you don't have any air in the system using this method.

These engines should ideally be filled using vacuum purge refill tool (under the assistance of compressed air), if not available bleeder plugs should be opened while filling.

Torque should alright, on many occasions I haven't went to full 90 and never had any issue.

If you experience any oil and water mixing (now or in the future) check your engine oil cooler (bolted to oil filter housing) they have a thin oil channels that tend to corrode over time, some people tend to misdiagnose it with a faulty cylinder head gasket. Also check you don't have minor oil leak like from your rocker cover or your vacuum pump in the back of the engine seeping on your exhaust (they do create unpleasant smell). PCV valves tend to go and burn smoke, check that out.

If all good I suggest you drive it and see how you get on. You might simply still have something small still in your exhaust.

Not the answer you're looking for? Browse other questions tagged bmw cylinder-head coolant-leak or ask your own question.