What is this thing called and what is the correct hose order f150?

A few months ago this little box started leaking coolant (the green stuff), i took it to the mechanic to repair, charge me for it but apparently did nothing because continue leaking (just a few drops not enough to form a puddle under the truck so i just ignore it).

Fast forwarding to the present and my truck show up a light telling me to "CHECK GAUGES", again ignore it and when I parked a huge puddle was under, big leak and the truck shut off (overheating i guess). Open the hood check and the coolant reservoir was empty. Woopsie. Good news it happen less than 1km from my home so I was able to let it cool down and drive "safely" to my house and park without overheating.

Filled the reservoir, turn on the truck and a fountain of the stuff came from this little box. The bottom plastic, nipple? , that connects a hose finally broke.

Stupid me trying to fix the dammed thing unplug all 3 of the hoses (hard to reach) to fix the broken one, not even 1 minute had passed and I already forgot the order that they were plugged. Shit at least 1 of them is thicker so no big deal but the other two were the same fucking thickness so i don't know what to do now.

So anyone knows whats the name and purpose of this little box, and whats the correct order of the hoses. I am trying to find some diagrams but no luck identifying it. 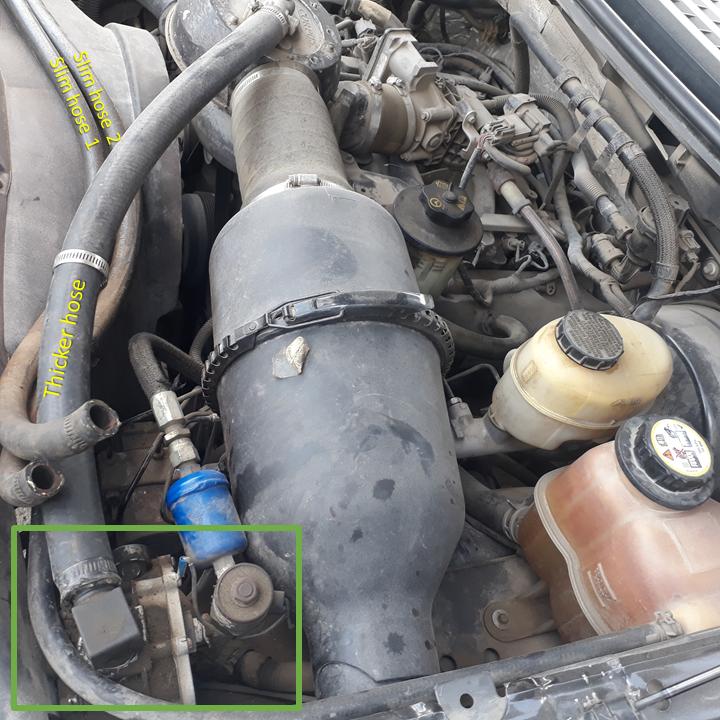 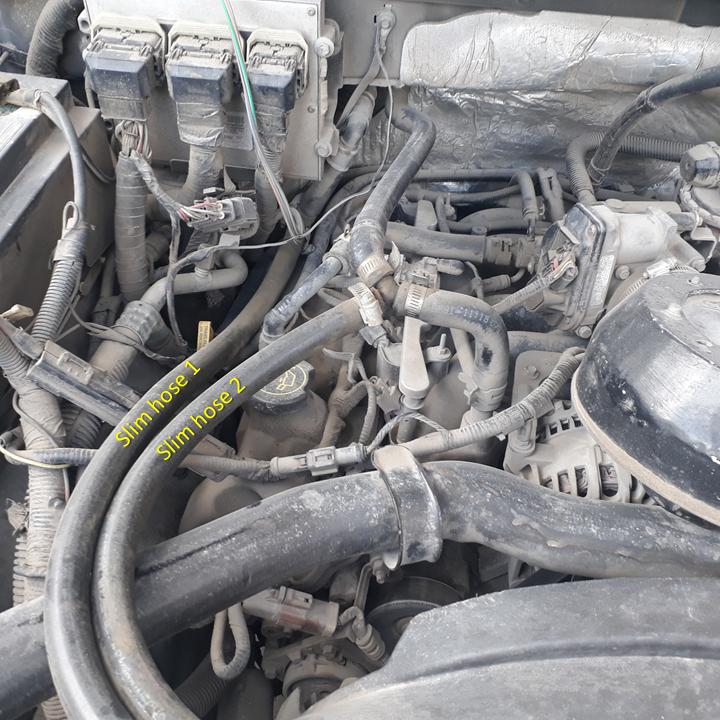 2
How can I remove a broken plastic piece from a coolant box?

1
What is the plastic and cloth part around the shifter called?
4
1999 s10 radiator?, running, coolant system problems
4
Why is there no air flow thru my heater core?
1
What is this small plastic air tube called?
0
What is this thing here?
1
Coolant Leak/Bubbling/Whistling
5
What is this connector piece called coming from radiator?
2
Metal L shaped coolant line leaking