I have recently bought a 2011 Citroen C4 Grand Picasso. It comes with video screens in the back of the driver and passenger seat, but no obvious way to use them. The car did not come with the (stock) DVD player in the middle console. The screens are only monitors, without any kind of touch or button control for multimedia. 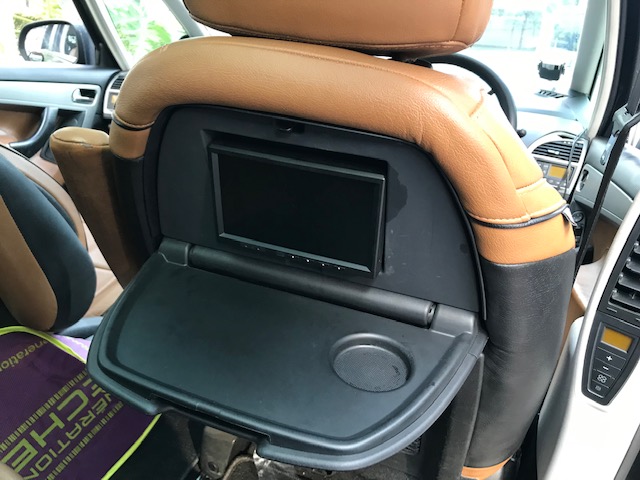 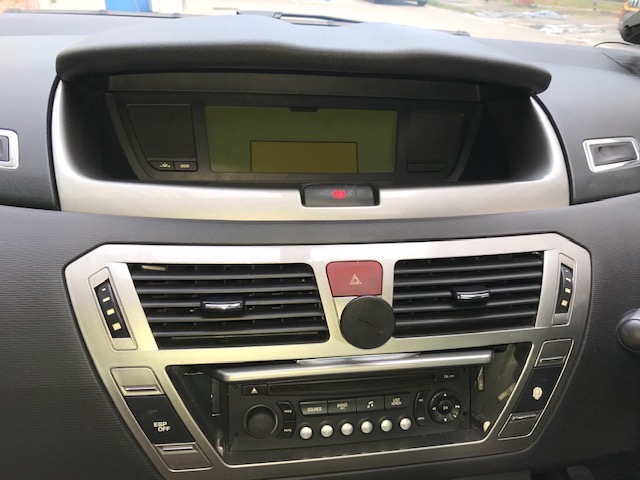 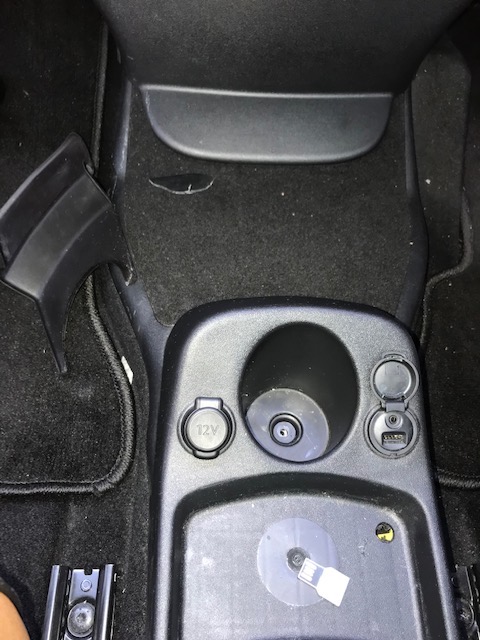 There is a 3.5mm plug coming out from under the passenger seat. It looks like this was installed after the original delivery, as a hole was drilled in the middle console for the cable routing (visible in the above picture, just below the AUX and USB input). The cable does not look like an input: firstly it's just a stereo plug and wouldn't be able to carry a video signal and secondly the length and routing of the cable is such that it can exactly reach the AUX audio input. Lastly connecting a device to it does not seem to give any results.

There is also a cable with some dongle at the end, not allowing input nor output. It only seems to have and LED indicator light.

I am not certain the 3.5mm plug/cable nor the dongle are related to the video screens, but I can't think what other purpose they have. They do disappear under the passenger seat, and looks like they connect to the multimedia cables but I am not certain. 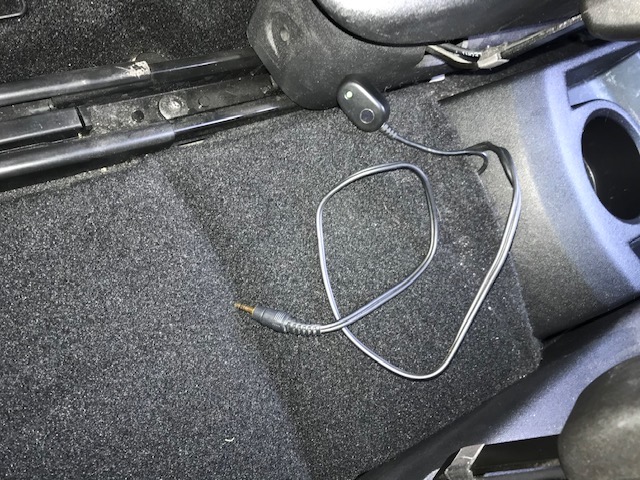 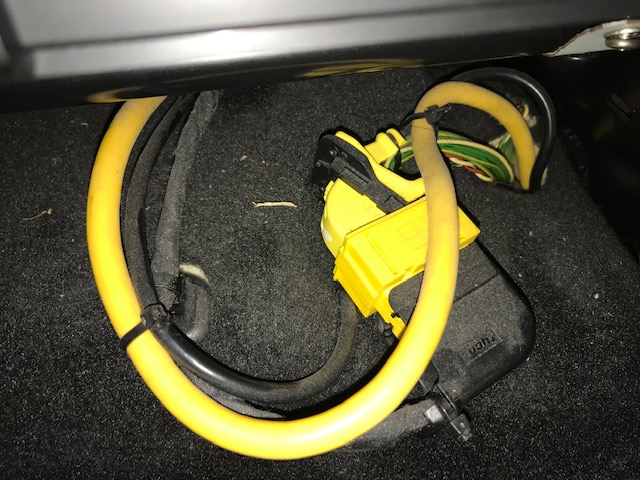 There is a port in the glove compartment, of which the cap was removed when I bought the car. But there is nothing connected to it. 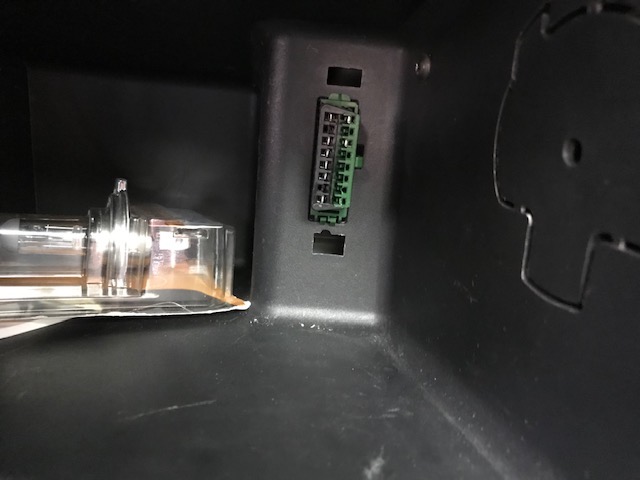 What video system do I have in my car? Are the unidentified cables likely connected to video system? Would it make sense for me to remove the passenger seat and try to find the missing video input? Or is it most likely the (previous) seller removed a vital video player component from the glove compartment?

Browse other questions tagged audio citroen c4 picasso or ask your own question.