What part could I use for this battery terminal?

This Suzuki ATV battery requires a special kind of right angle terminal attached to the battery. Items 2 and 3 in the figure:

Here's a close up of what one looks like: 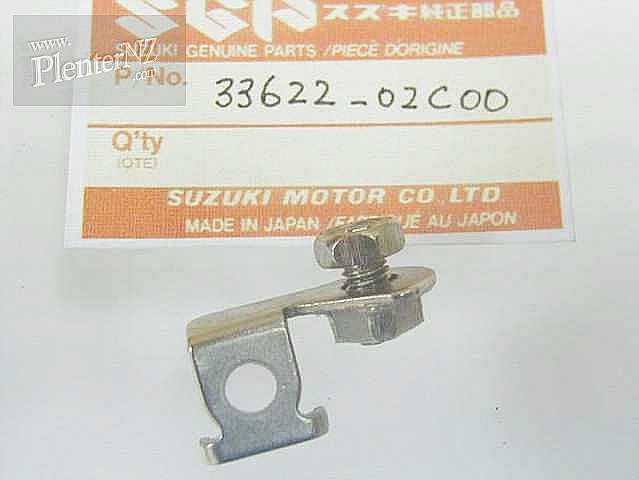 I don't have the terminals and one terminal costs $3, plus shipping. I really don't want to pay over $12 for two of these little things.

I could swap out the battery but I just bought it and it's brand new.

I thought about bending the ring connectors on the existing wires but that would probably break them, and it would be difficult (if not impossible) to get a tight fit on the terminal.

Is there a cheaper alternative I could replace the terminals with?

Bending terminals is a possibility - did that often in the past but it is dodgy with the cheap ones, they can fracture then break easily.

Those terminals are probably used because the access is so poor that it may be almost impossible to do up the bolts on the standard battery terminals when it is in place...

I would look at extending the wires, but then you have to be able to store them safely...

Not the answer you're looking for? Browse other questions tagged suzuki atv or ask your own question.

10
2001 Suzuki Katana 600 motorcycle won't start
8
What could be the reason and solution to a sudden drop in mileage?