Will deleting the gear-driven pump for power steering and vacuum on this diesel engine put the camshaft journal at risk of failure?

I took a 1989 Dodge Cummins diesel engine out of a pickup truck and I’m using the engine as a stationary power source. The combined power steering + vacuum pump has developed an engine oil leak, and since I don’t need power steering or vacuum, I want to delete the pump from the engine entirely instead of repairing it.

Rather than a timing chain, this engine has a timing gear train inside a housing in front of the engine block. The gears are supplied with engine oil that gets flung around inside the housing. I planned to replace the pump with a cover plate and gasket to contain the splashing oil. While taking the pump off the engine, I noticed that the gear, shaft, bearing and housing are built much more robustly than any power steering pump really needs to be, and I got curious why this might be. 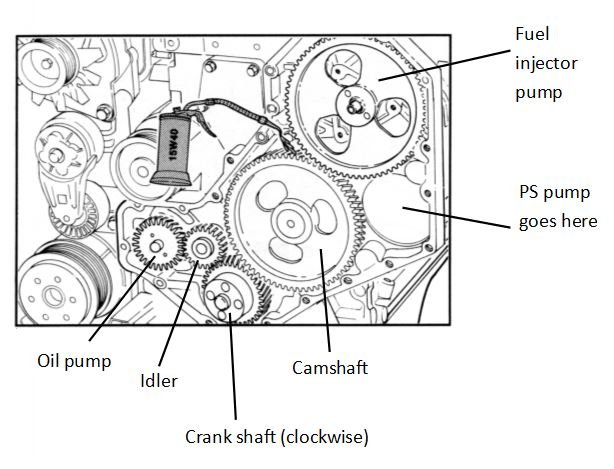 Question: Will operating the engine without the power steering pump in place cause rapid wear on the camshaft journal and premature failure? Or are camshaft journals so strong that any off-axis forces from these gears are trivial and no cause for concern? I’m not a professional mechanic so I’m looking for advice from someone with practical experience in gear trains and engine journals.

If deleting the power steering pump might endanger the camshaft journal, I’ll just repair the power steering / vacuum pump and reinstall it, as useless as it is for the engine’s current role. I’ve figured out why it was leaking engine oil and the fix is not easy, but it’s doable.

There's no "bearing load" problem. It will be fine as long as you are not losing oil due to a leaky cover plate.

The bearings on the cam are designed to handle the loads necessary, regardless of the position of the camshaft and/or pumps on the "clock face" of the driving gear.

The radial "bias" of forces on camshaft bearings will be negligible, and removing driven loads will only reduce these forces.

There are plenty of pictures online of fire pumps, gensets, and other stationary 6BT applications with nothing in this space.

Solar Mike's suggestion is a great one; you might even be able to purchase the blanking plate and gasket ready-to-go without fabrication: 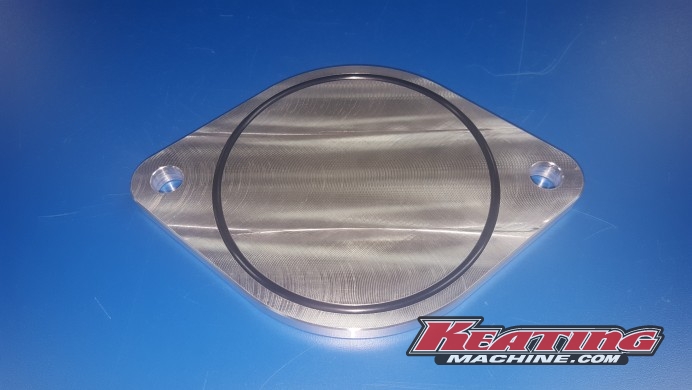 Not the answer you're looking for? Browse other questions tagged diesel gears camshaft or ask your own question.

4
High oil pressure after oil and filter change
3
Can shaft journals ever lose lubing against bearings?
6
How to re-torque a partially loosened overhead camshaft?
1
BMW E90 318d oil leak
1
P0022 after fixing P0348, camshaft related
6
Can I rotate a camshaft backwards on a Toyota DOHC engine if no timing belt is installed?
0
BMW 118i (2006), Car stopped in Midde of the road and won't start
1
Second hand camshaft from another bike - is it safe?
3
2000 Daewoo Musso 2.9 TDI Engine shaking heavily in idle, getting better in higher RPMs
1
PSA 1.6tdci metallick "clicking" - possible hydraulic lifter?