OBD2 not showing up under Bluetooth devices

When plugged into one car it shows up but in the other one it doesn't. So I know the obd2 itself scanner is not dead. In the working vehicle all functions are working.

I'm using the same android phone to test in both cases.

I tried with another OBD2 device that I know works (because it works in a 3rd car), and it did not work.

So, I guess the OBD2 port is dead.

In some models of the 370Z, there is a transport / storage switch in the interior fuse box. It's meant to reduce battery drain when the car is not being used by a driver. It cuts power to the obd2 among other things but not anything vital so you wouldn't notice it from daily driving. 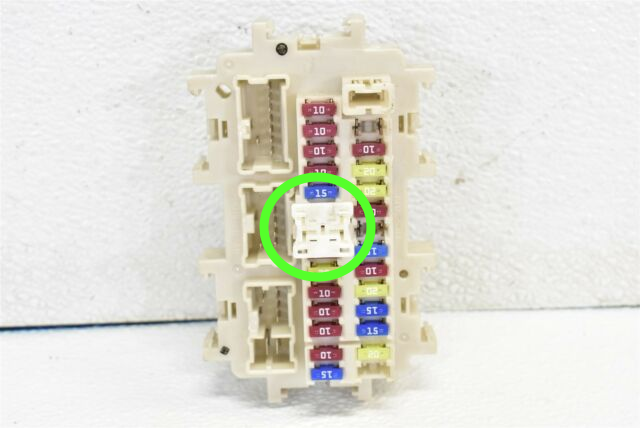 When I was checking fuses earlier, I had pulled out this switch just a little and not pushed it back in all the way. Once that was pushed in, the Bluetooth obd2 device was detected properly.

Not the answer you're looking for? Browse other questions tagged obd-ii bluetooth or ask your own question.

31
Can a vehicle be harmed with bad inputs via an OBD-2 port?
2
what does the highend OBD2 scanner offer?
4
Bluetooth not working - Any ideas?
3
Auto determine the bluetooth device is OBD or not?
5
Cannot Access ABS-control-unit with ODB2-adapter
1
Can retail OBDII scanners “kill” my car's ECU?
1
Can OBD2 devices send car alarm to a smartphone app?
1
OBD2 Scanner can not detect ECU 2002 Mitsubishi Lancer