On a recent trip, while sitting in the passenger seat, I noticed something strange by the edge of the windshield. At first I was afraid that the windscreen got chipped, which would be upsetting given the car is only a few months old. However, when we stopped and I looked at it, I saw that it was a globule of something gooey. I managed to take most of it off with my hand (don’t know if touching it was the best idea but there we are), but it left a residue.

I forgot about it until I was cleaning the car recently. I tried to rub the residue away using a micro fibre cloth and Meguiar’s Quik Detailer, but no luck. It feels very solid and stuck on. If I had to guess, I would say it was some kind of glue, but I don’t know for sure.

I’m attaching the best photo I could take of this thing. I apologise if it’s blurry, my phone was struggling to focus on it. 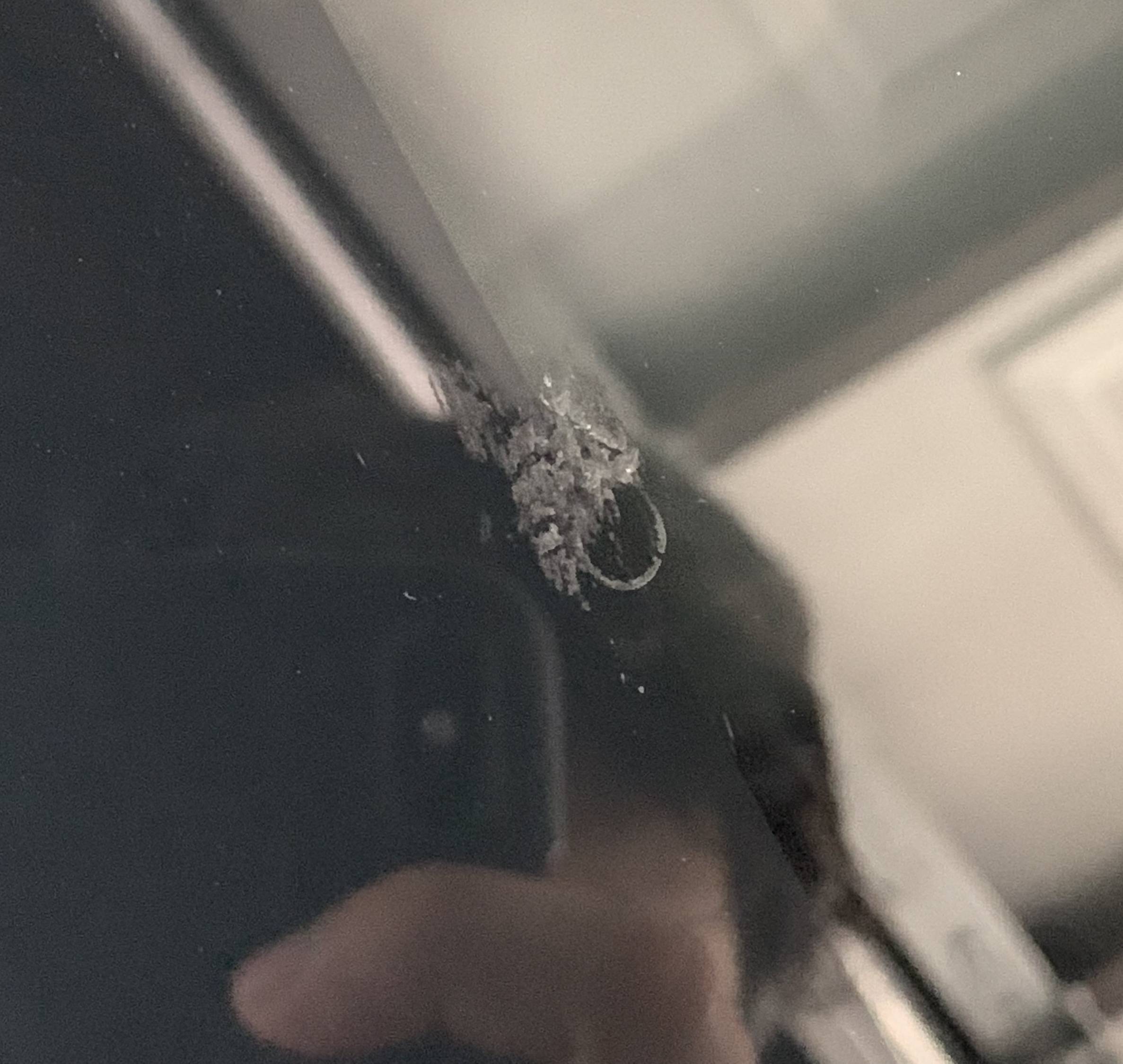 Any hope of taking it off? I haven’t yet tried glass cleaner. A quick internet search also suggested Goo Gone, but I wanted to get someone else’s opinion before going out to buy that.

It probably doesn’t matter, but the car is a Tesla Model 3. Appreciate any help!

update: Glass cleaner took most of it off, but there is still some residue left. Not sure if harder scrubbing will take it off, or if I need something else. But either way, it’s significantly less noticeable now.

You might try masking tape. Its own adhesive isn't very strong, but I've had good results using it to remove adhesive residues (dashcam mounts). Take a strip and touch the adhesive side to the residue, then remove it, and repeat; it's like you're trying to pick something up with the tape.

I've used various solvents on Model S glass without any noticeable problems: ammonia-based glass cleaner, acetone-based nail-polish remover, and whatever is in Trader Joe's "multipurpose" cleaner. Whatever you try next, it might be a good idea to try to soften the stuff up: dampen a clean cloth and leave it on there for a few minutes.

EDIT: but there are some warnings about ammonia here: Is Windex safe for the windshield?

Tree sap does come to mind; I have that occasionally in my driveway.

Using a paper towel, I'd try WD-40, paint thinner, or lacquer thinner. None will harm paint or glass, and one or more is likely to dissolve whatever it is.

Not the answer you're looking for? Browse other questions tagged windshield tesla or ask your own question.

2
Is Windex safe for the windshield?