I did a fair amount of research before trying to jack up the front of this car. I watched some videos of people jacking up similar (but not identical cars), and I pulled this image from the web: 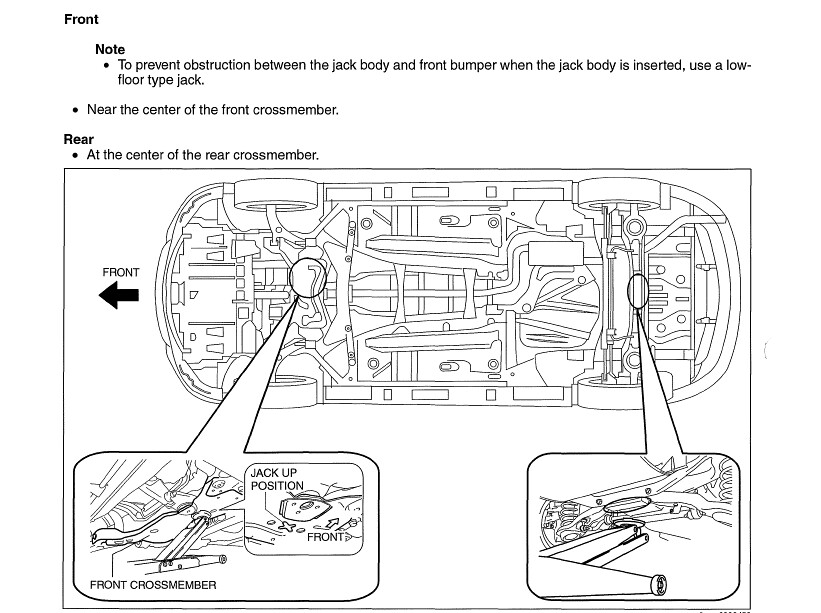 Nothing matched exactly, but I thought I had a good enough idea of where to place the jack and began lifting the car.

Half way through the lift, the jack suddenly moved sideways. It didn't lose contact with the car or drop it, but something had suddenly shifted. Concerned, I immediately lowered the car and saw that I had bent the piece of metal I was lifting against. 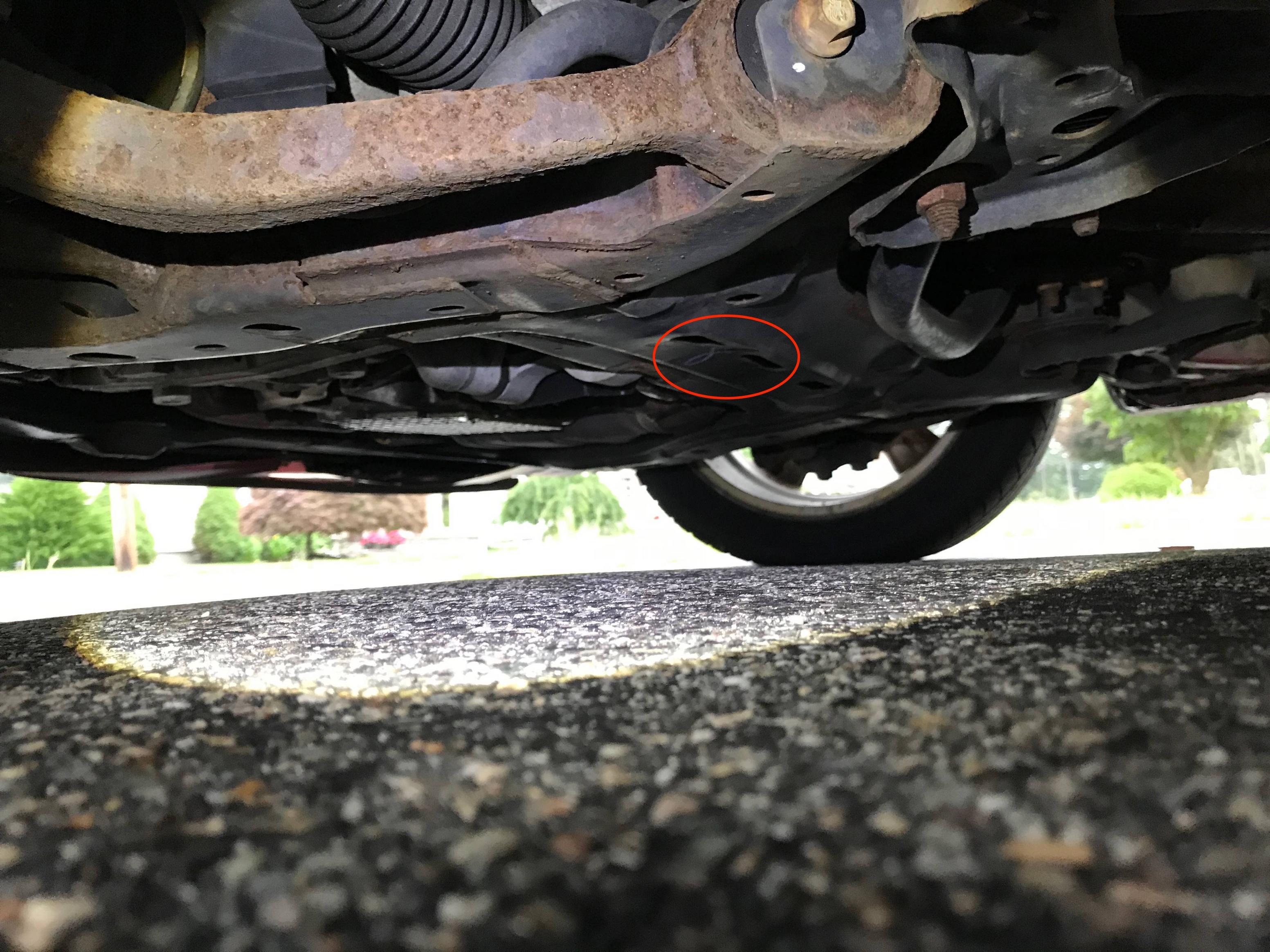 So what damage have I done here? Is this fixable? Is it safe to ignore?

And most importantly, what's the correct way to jack up the front of a 2005 Mazda 6, since what I did here is clearly not it?

OK, I figured it out. I did some more thorough searching, this time more sharply motivated to find the correct information given my previous mistake, and found an upload of the 2004 Mazda 6 Workshop Manual. The 2005 model is, I understand, very similar to the 2004 model, so the information inside should be just as applicable.

Here's the relevant page from the manual: 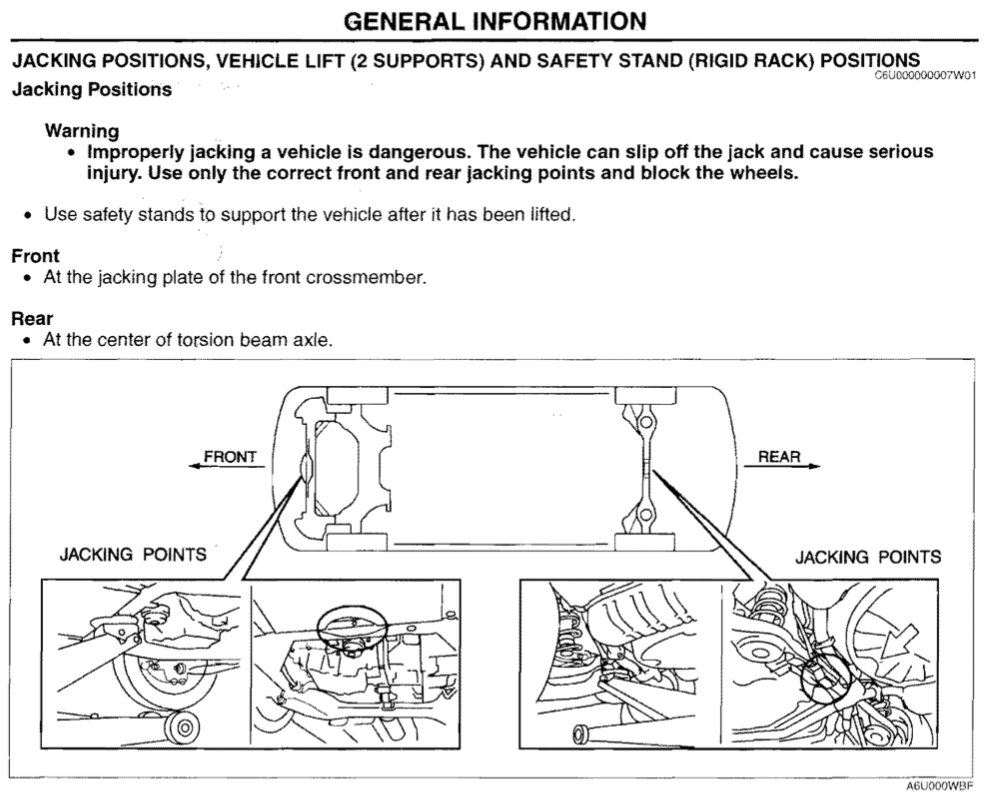 And here are some pictures of the correct jacking point, with the jack applied to it: 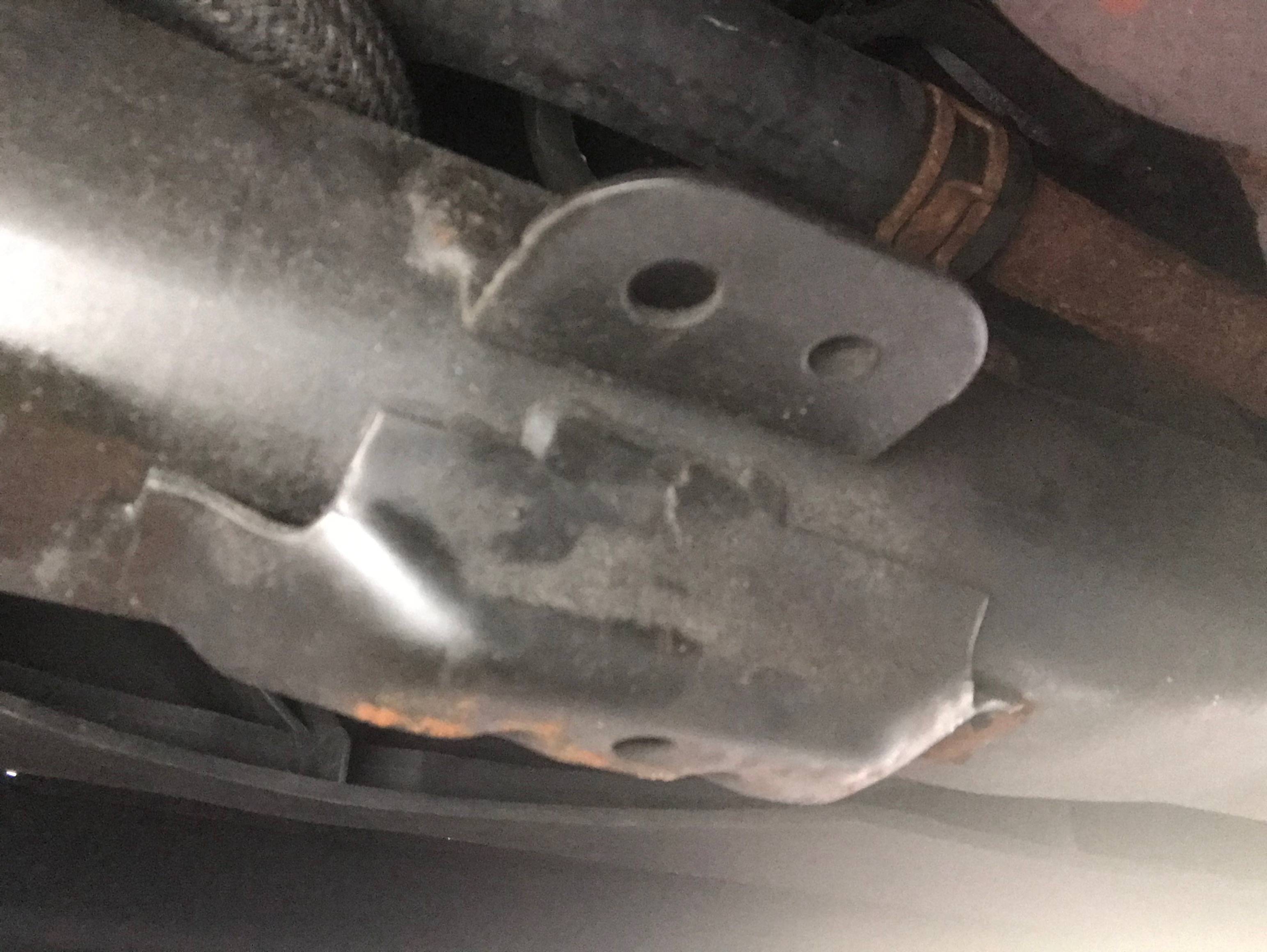 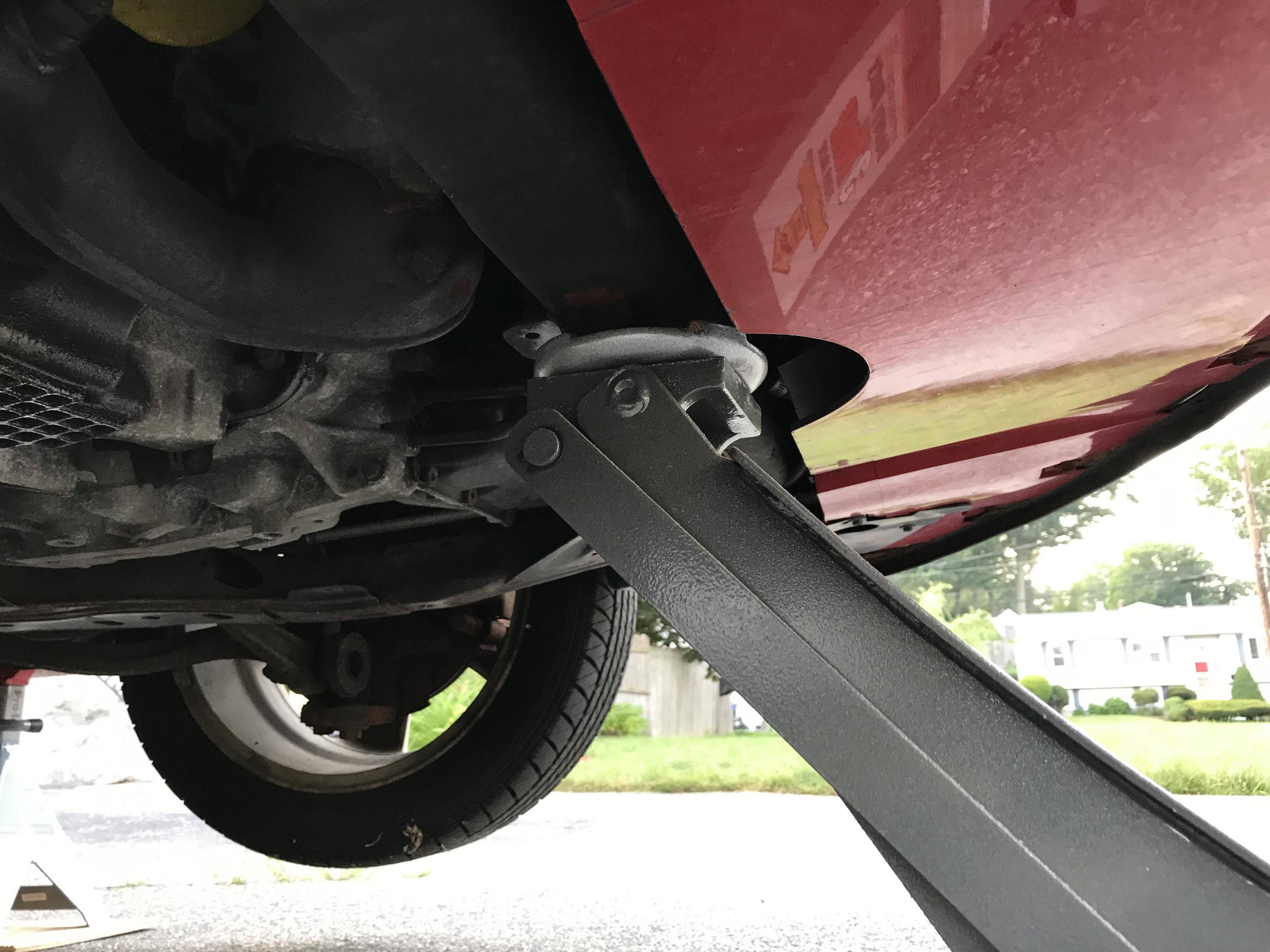 And after some more digging in the manual, I also found the name of the part I damaged--it's the rear half of the front crossmember. I identified it by the 3 oval-shaped holes: 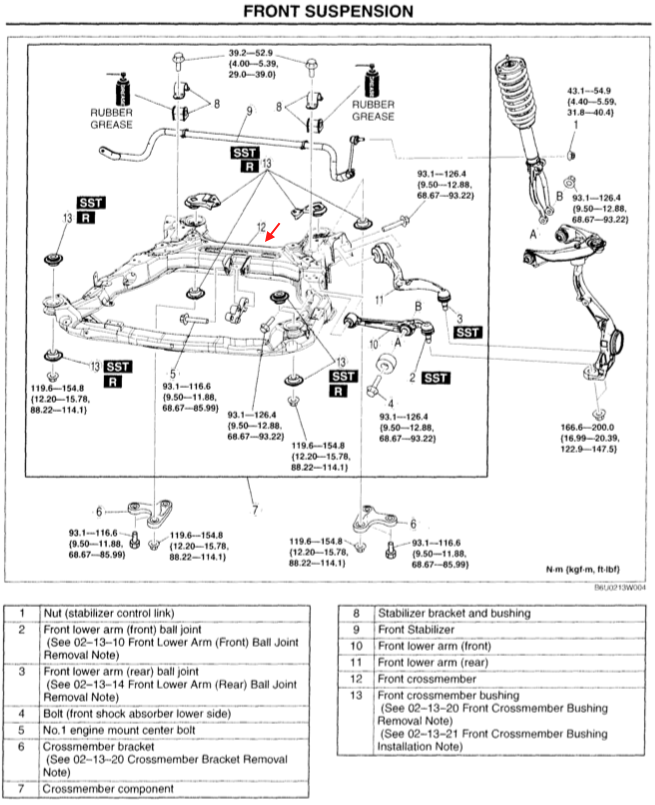 I hope this information will keep someone else working on this or a very similar model car from making my mistake.

Not the answer you're looking for? Browse other questions tagged mazda-6 jack or ask your own question.

3
2008 Mazda 6i - Do I Need to Flash the BCM?
8
Jack stand placement on frame rail for 2000 Toyota Camry
1
2011 Mazda 6, alarm sounding from little black box that sits under the dashboard
2
What is the proper front end jack point for a 2005 Pontiac Vibe?
3
Jack and Jack stand points for a 2011 Hyundai Elantra besides the tire jack points?
3
Accidentally removed the rubbery coating from the jack attachment point
0
Front jack point
0
How to Safely Align Lower Strut Bolt on 2001 Outback