Will this tyre fail its MOT? 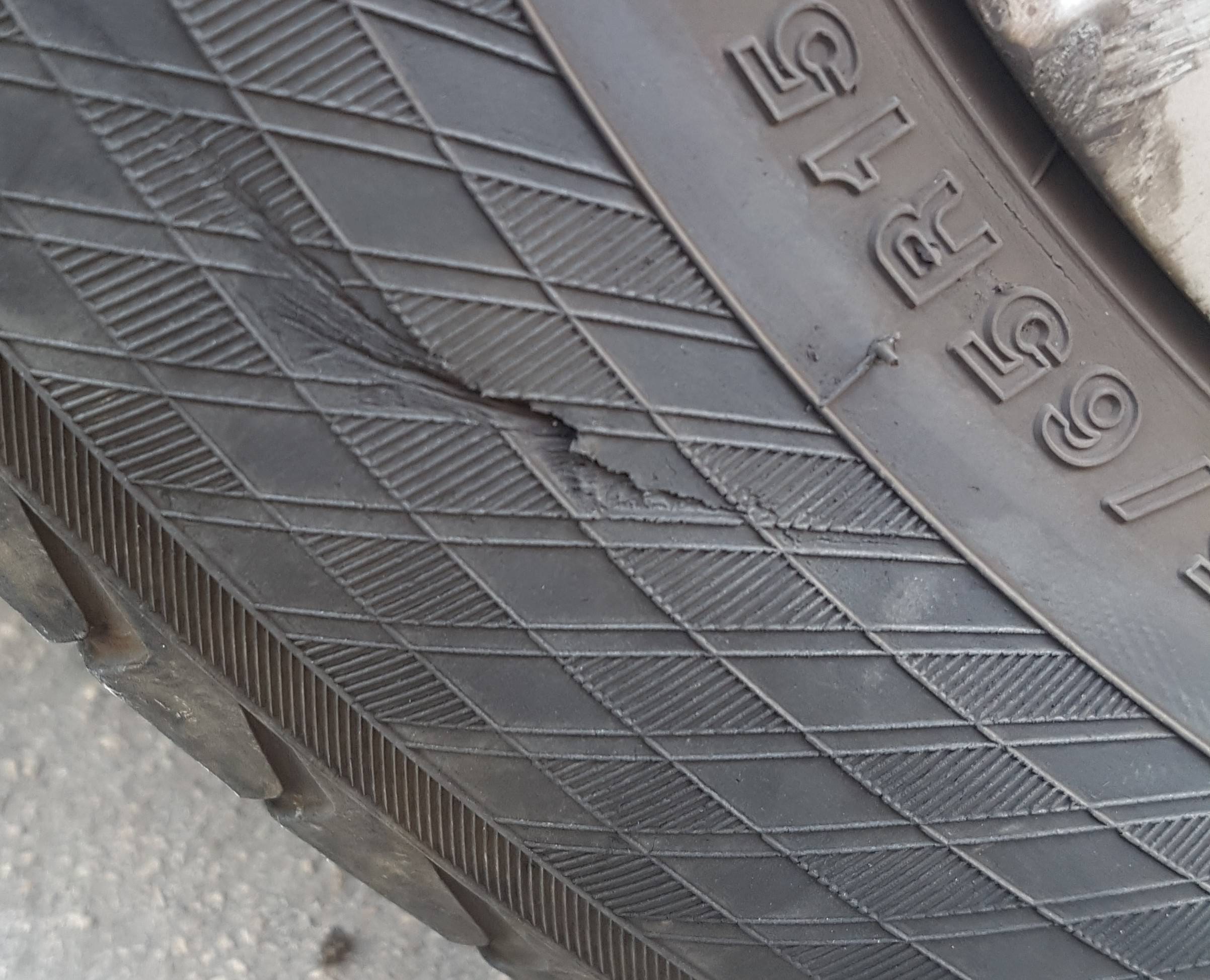 It's a smallish cut on the sidewall, and I don't think it goes deep enough to reach the cords. Thanks.

If you can't see or feel the cords by lifting the edge of the cut with a blunt instrument (e.g. a coffee stirrer), then it shouldn't fail:

However I'd still seriously think about replacing it, as it will have seriously weakened the sidewall, significantly increasing the risk of a blow-out.

This question's answer How to assess the severity of a cut on a tyre sidewall probably best answers your question. I am blocked from accessing the link as outside the UK - relevant part of the testers' manual.

I think @Nick-C's advice applies to the tread, not the sidewall.

What I can tell you is that in (litigious) North America, most tire shops would refuse to even attempt to repair.

But on the sidewall, those cords aren’t there. So, there’s just no way for a plug to fill that hole. The patch won’t hold, and it’s going to continue to leak.

In fact, I took in a tire that had a small ( < 0.5") screw still stuck in the side and they would not even touch it. Maybe they were trying to see me a new tire, but why would you risk a blowout?

Also, that's not a "smallish cut"; that's severe and has clearly compromised the integrity of the sidewall.

btw: every time you go over a bump in the road, the stress is transferred/absorbed via the sidewall first, which makes it more stressed than a patch on the tread.

I personally would take it off, put the spare on, take the wheel and tyre to the service garage and get them to change it ASAP, I wouldn’t even drive to the garage with it on, if that goes whilst driving you are risking yourself and others.

I'm an mot tester. The mot standard is the minimum requirement to be Road worthy just because you have an mot and it passes doesn't mean nothing will happen within 12 months till the next mot. That tyre will only fail if there are cords exposed or ply! Or if the vehicle examiner thinks that the cut is deep enough to reach the ply or cords, on the view of the picture I would advise would need the car and tyre in front of me to give a better judgment. My advise is to change the tyre anyway before the mot safety reasons thanks.

I'm a tyre fitter and here in Northern Ireland that would be a fail as its a damaged side wall. And tbh if u value ur life I wouldn't be driving to fast on it.. If u want to risk it glue it back into place

Not the answer you're looking for? Browse other questions tagged wheels sidewall-damage inspection or ask your own question.

5
Is this tyre damage a problem?
12
Do I Need To Change the Tire If the Sidewall Is Damaged Like This?
8
Should this tire be replaced?
2
Damaged sidewall - is this safe or should i replace?
4
Slight scrape/cut along sidewall of tire after hitting curb
0
Cut in tyre sidewall - repair or replace?
1
Tire damage needing replacement?
2
Tyre sidewall damage. Safe to drive or replace ASAP?
1
Is this superficial tire damage or should it be replaced?
0
Tire and Rim Damage From Scraping Curb