Is it okay to drive with this tyre 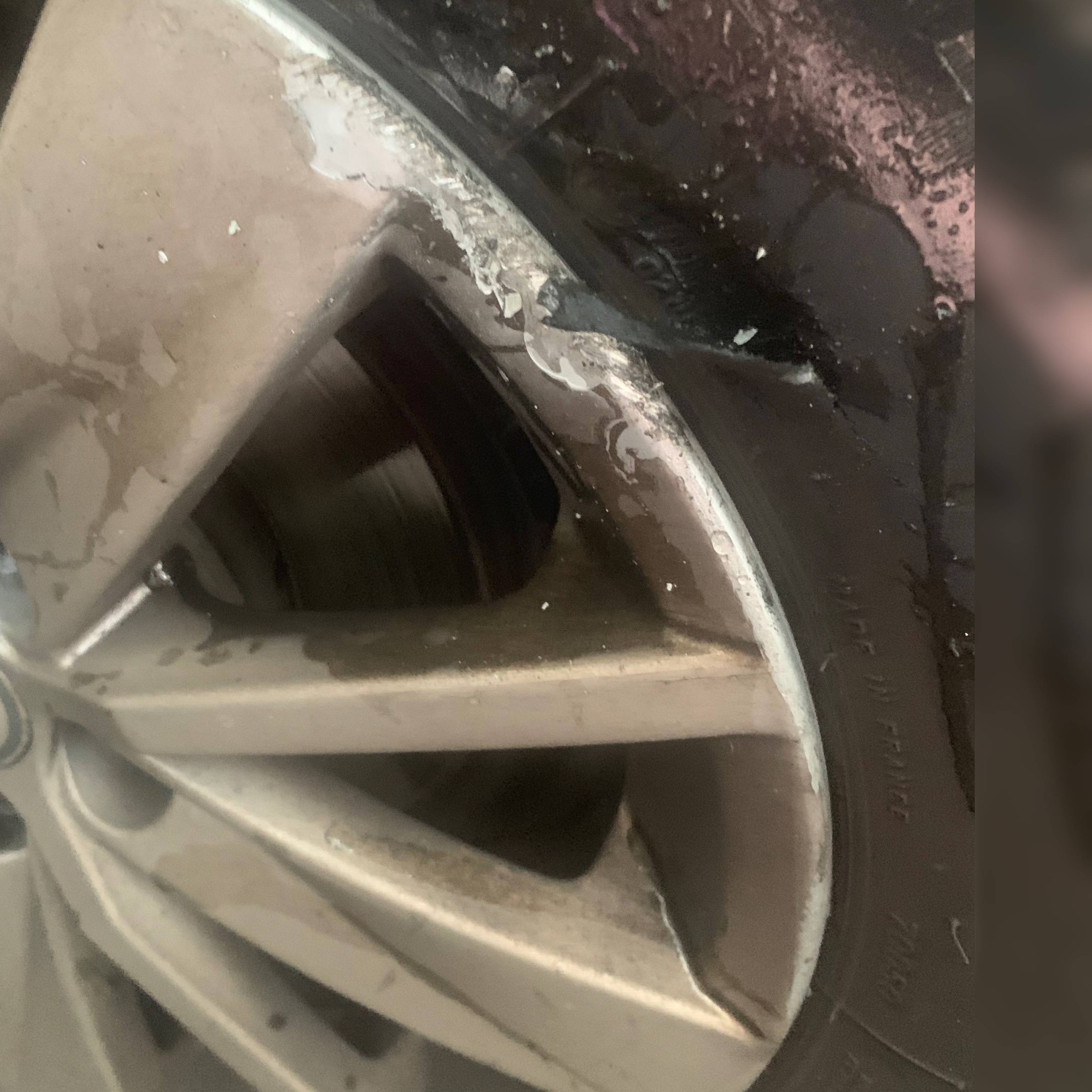 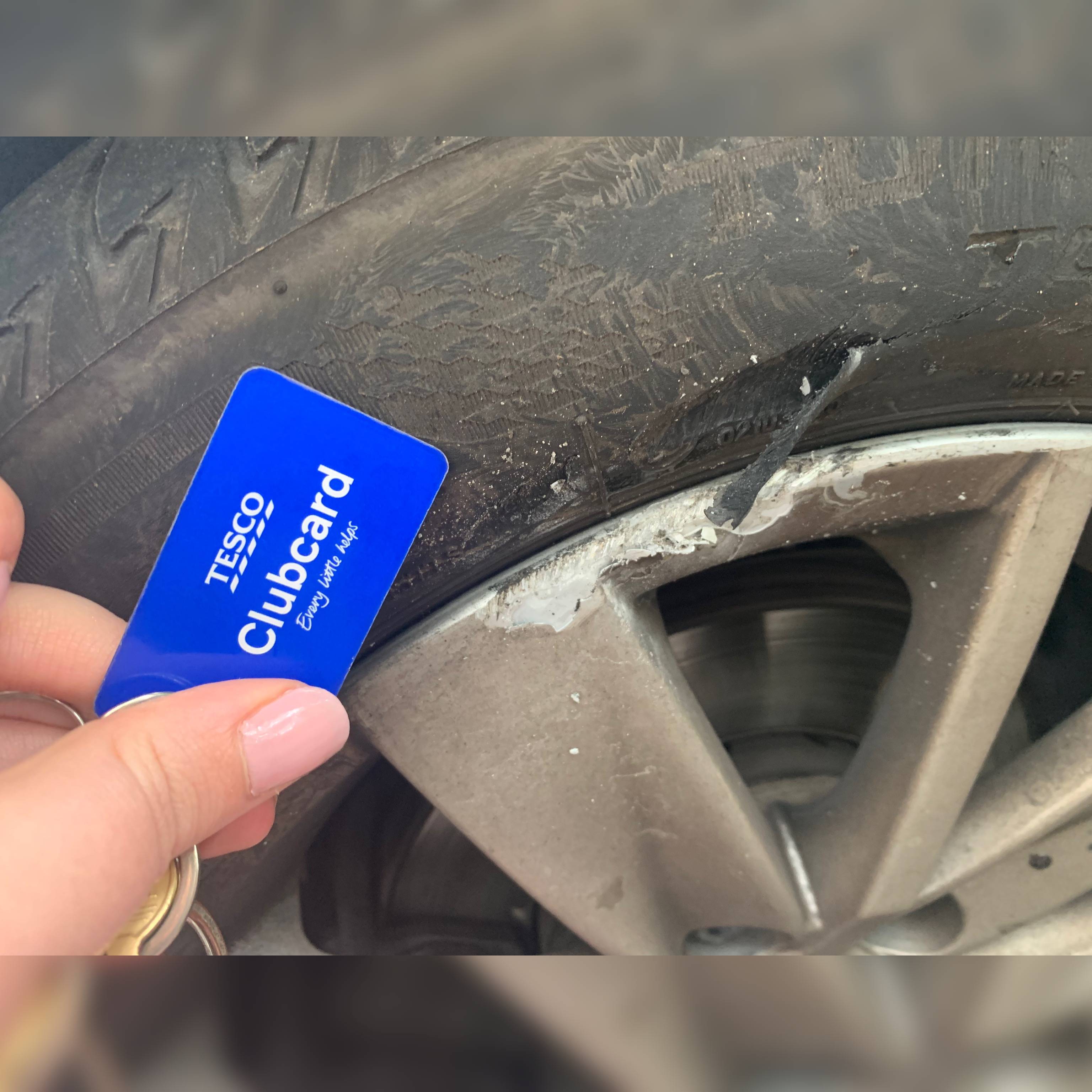 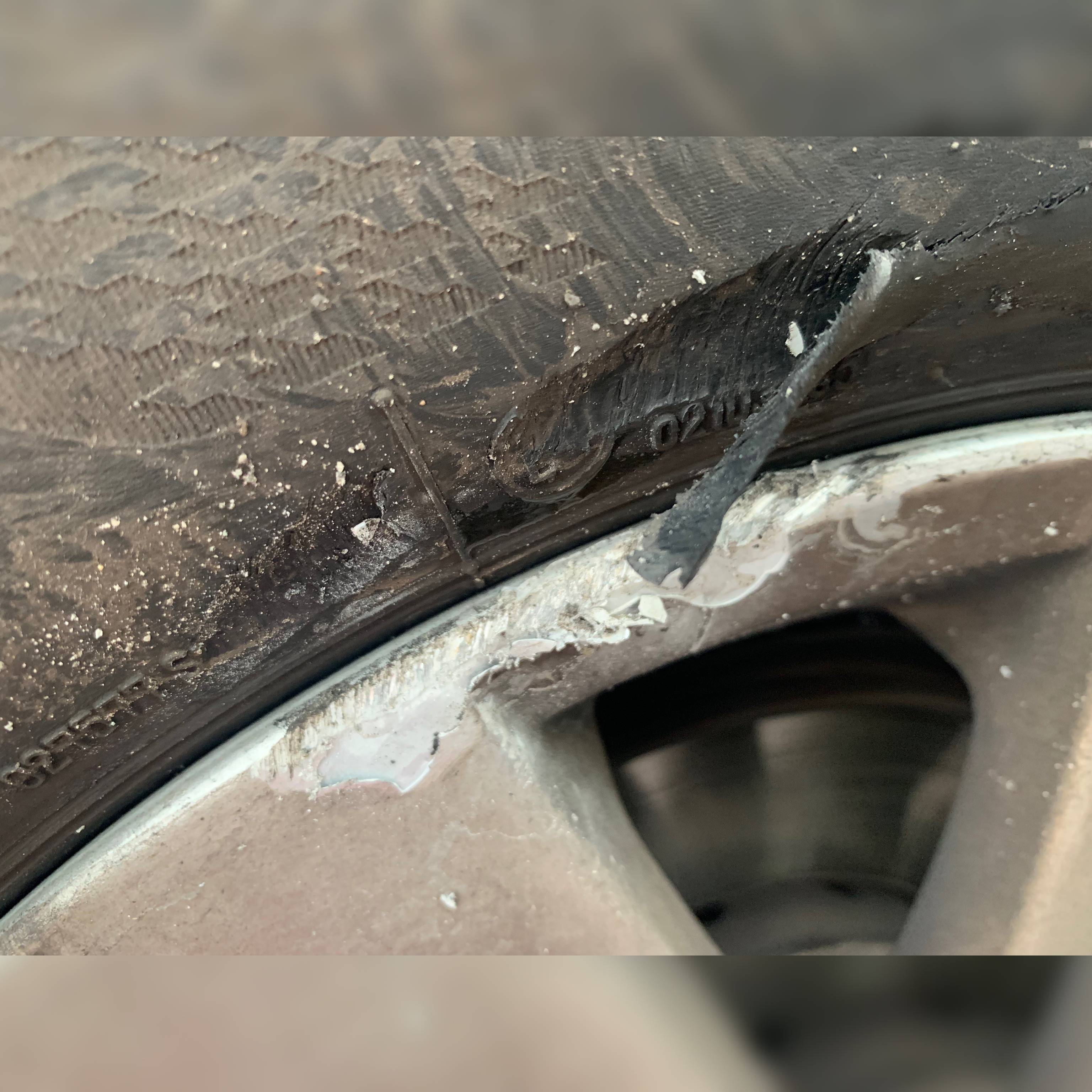 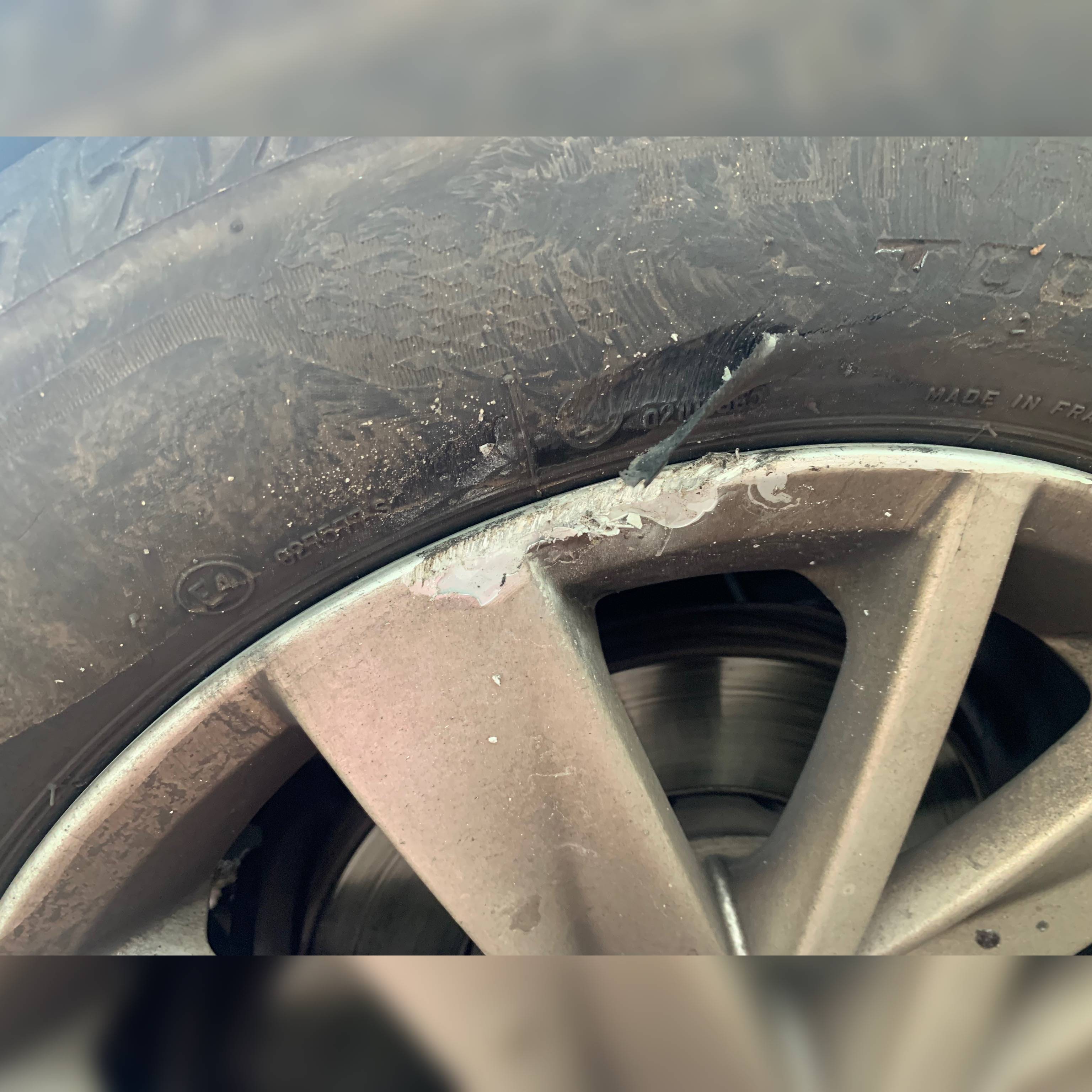 The damage to the wheel itself appears largely cosmetic - although it's difficult to be sure from the photos.

The tire is another story - there's no sign of it bulging (which would suggest the structural bands are intact - for now) but that's a pretty deep gouge. Personally I would say that's unsafe to drive on.

If your car has a spare I'd fit that and then replace the tire when funds allow - if you don't have a spare then it might be worth looking into a part-worn tire to make replacing it cheaper but I certainly wouldn't be driving around on that for a few weeks!

A tire letting go at even relatively modest speeds can easily cause a substantial loss of control, and that's putting yourself, your passengers and other road users in danger.

I'd say that's borderline dangerous. If you are willing to take the risk, take a photograph of the area in good light (possibly using a flash) after each time you drive the car. See if the damage seems to progress in some way. You have the current photographs, which are the first ones in a series. Compare the daily photographs with the first photographs, to see if there are any changes. Any form of bulging on the tire means it's time to stop driving the car immediately. Also, if you can see the cords of the tire, it's also time to stop driving the car (I don't see the cords yet in the damaged area, but the direction of the cords seems to be visible from the marks in the rubber if I'm not mistaken). Furthermore, if the damaged area seems to change in some other unspecified major way, I would also stop driving the car.

I don't see any immediately-fatal damage there yet, but it may be hidden. I could be mildly comfortable driving the car for couple of weeks (not more!), but only if I monitor daily whether the damage progresses. Without monitoring, that's a no-go.

Avoid any long trips. Just drive trips of the usual length. The tire has survived for some unspecified number of kilometers. Chances are it will survive at least the same number of kilometers. Whether it survives for the entire next couple of weeks is another question, but that's why you want to monitor the area carefully.

I wouldn't drive on these tires except if monitoring the damaged area carefully. Because I'm lazy, it means I would replace the tires at the first opportunity to do so.

Note you have to be prepared to stop driving the car anyway if choosing the "monitor it" approach. You have to have a backup plan. So, the safest option would be to simply use that backup plan.

Wow, no one has differentiated if it's a front or a rear tire. That makes a huge difference.

But first, let's differentiate between a leak and a blow-out. You'll feel a (big enough) leak getting worse as you drive so you'll have plenty of time to react. A blow-out is in an instant. Blowouts happen much less frequently these days thanks to improved tire technology that aims for fast deflation instead which gives you time to react.

A sidewall blowout from damage usually happens while turning, when the tire is being laterally loaded. If a front blows out while turning, the vehicle will understeer, (you'll skid straight even though the wheel is turned.) and will have reduced braking. If the rear blows and you're traveling fast enough, you may get oversteer where the rear whips out and you spin. That's bad, maybe worse, but much less likely to happen.

If traveling in a straight line and a front tire blows, the vehicle will yank the steering wheel sideways. You'll have reduced steering and braking again. If there are guardrails or vehicles next to you, you have a split second to react. If it's a rear, it'll pull the vehicle to the side a little, but be much more controllable. A blown rear while going straight is the best option, but also the least likely.

(Personally, I'd happily drive with it on the rear, but not on the front.)

Can't see how deep that goes, but you should change that, so put the spare on.

The pictures aren't great, but I'd say it's not safe to drive on, less because of the tire damage than the damage to the rim. A tire stays on the wheel because it has a lock on the rim, having a chunk missing from the rim's edge could cause the tire to separate from the wheel, not good at any speed.

Unfortunately you will likely have to replace the wheel and the tire. If you have a full service spare you could run on that for awhile. As cost is a factor a used wheel would the way to go.

Not the answer you're looking for? Browse other questions tagged tires car or ask your own question.

5
Uneven front tyre wear & steering wobble
0
What is wrong with tyre
2
Is it ok to drive with the tire scraped like this?
4
Shuddering partly depends on speed and steppiness on gas pedal
3
Severity of this tyre cut?
0
Is it okay to drive with tire damge like this?
2
Would be okay to drive on this tire?
2
Are my tires warped or did I just get a bad balance job?
7
Should I not drive with this huge chipped rim?
0
Whistling noises from car