I have a suzuki gn 250 motorcycle (1997) which had an oil leak recently (rocker cover seal was leaking) causing the engine to overheat which in turn caused damage to the camshaft/camshaft bearings. The camshaft has some minor damage (shallow grooves), the bearing surfaces are worn away almost completely on the top and are also quite bad on the bottom (I believe it's called galling/tearing). I've since bought a donor motorcycle (same engine, also suzuki gn250, '88 model), it has a lot more miles (approx 25k miles, the '97 model has 7.5k miles) but the crankshaft and crankshaft bearings on the 25k block are in much better shape.

I'd prefer keeping my original (7.5k block) and switching the cylinder head, rocker cover and crankshaft over from the 25k block. Since my gearbox/other components of the engine have less wear (assuming the damage from overheating to be limited to the crankshaft/its bearings).

Perhaps other parts of the engine were damaged when it became too hot, perhaps the aluminum/steel chips from the camshaft caused damage elsewhere in the 7.5k block.

Say I replace only the cylinder head, rocker cover and crankshaft; would replacing all gaskets, draining the oil, replacing oil filter and filling it up with fresh oil prevent further damage in the future or should I not risk it and transfer the entire engine block? Is there a way to check if other parts of the engine (for example the connector rod bearing) was damaged when the engine became too hot without taking the entire engine block apart?

Edit: I was driving approx 80kph when the engine overheated. Engine started slowing down so I applied some more throttle (which I shouldn't have), after approx 30 sec the engine cut out after which I pressed the clutch lever and rolled to a stop. After that I filled up the oil to the Full mark, let the engine cool down for 45min and rode to a garage 10 minutes away after which 90 percent of the 1 litre oil I put in had leaked out. This is just to indicate how long the engine had been without oil. Perhaps this info is useful. 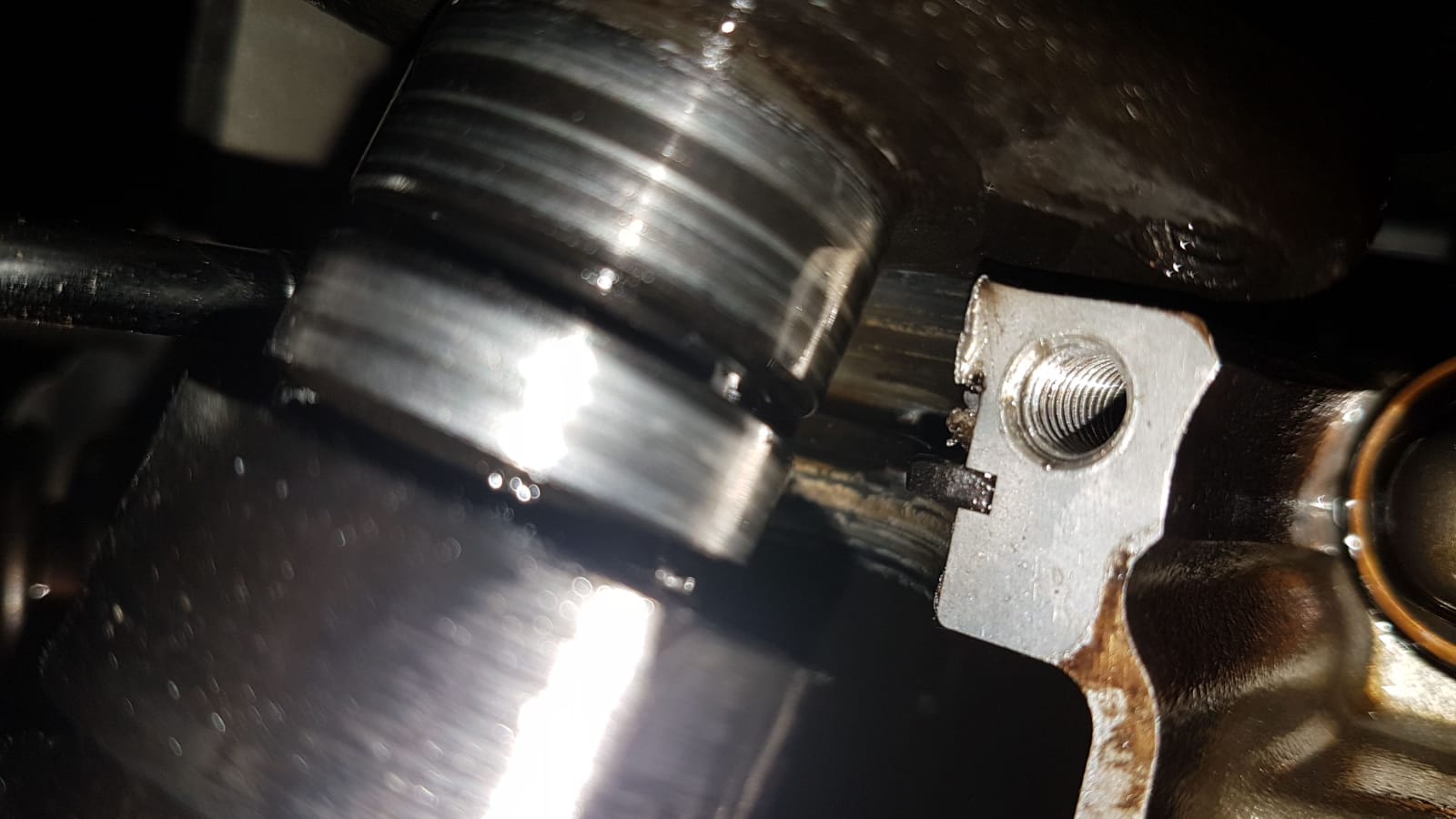 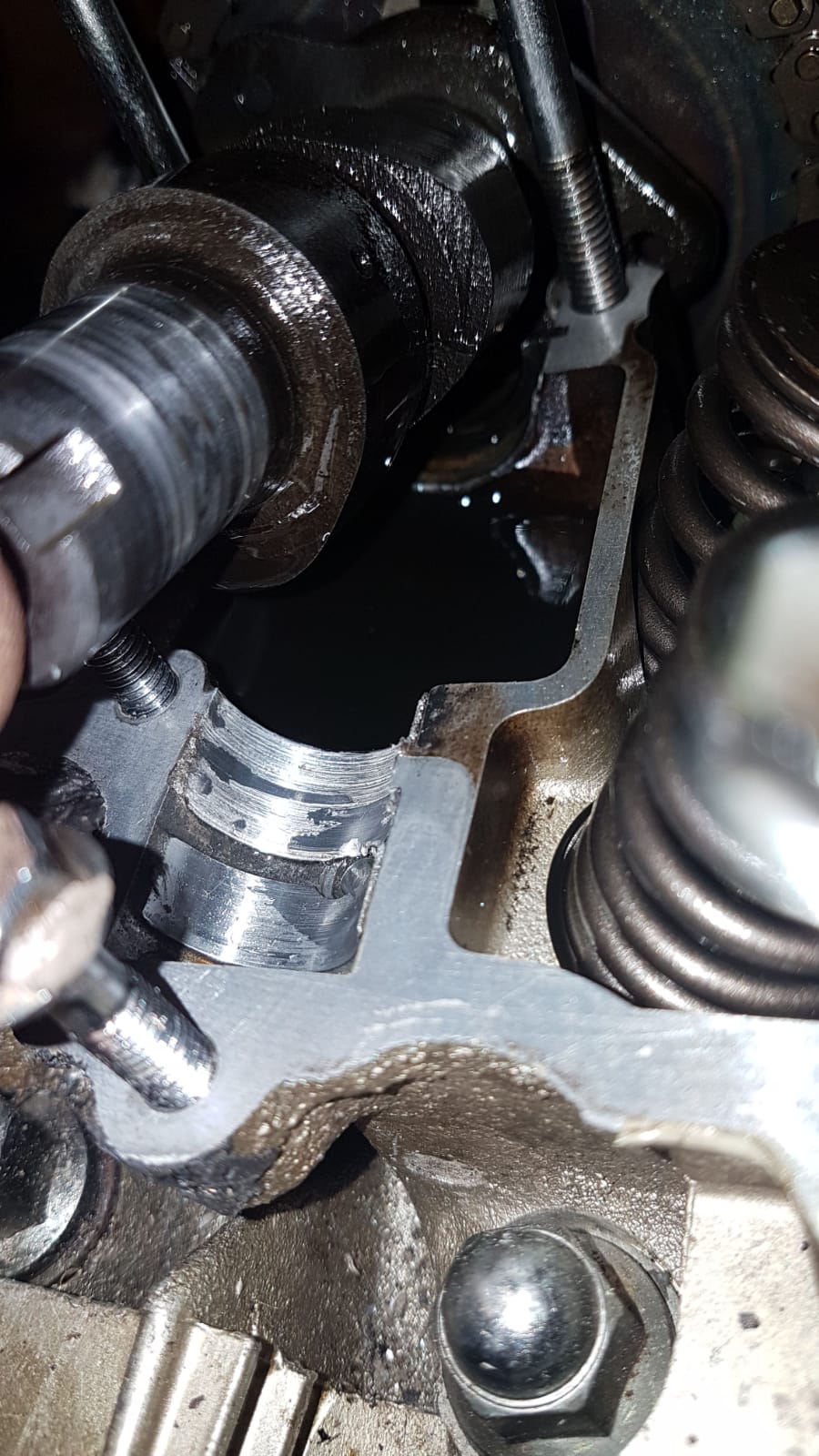 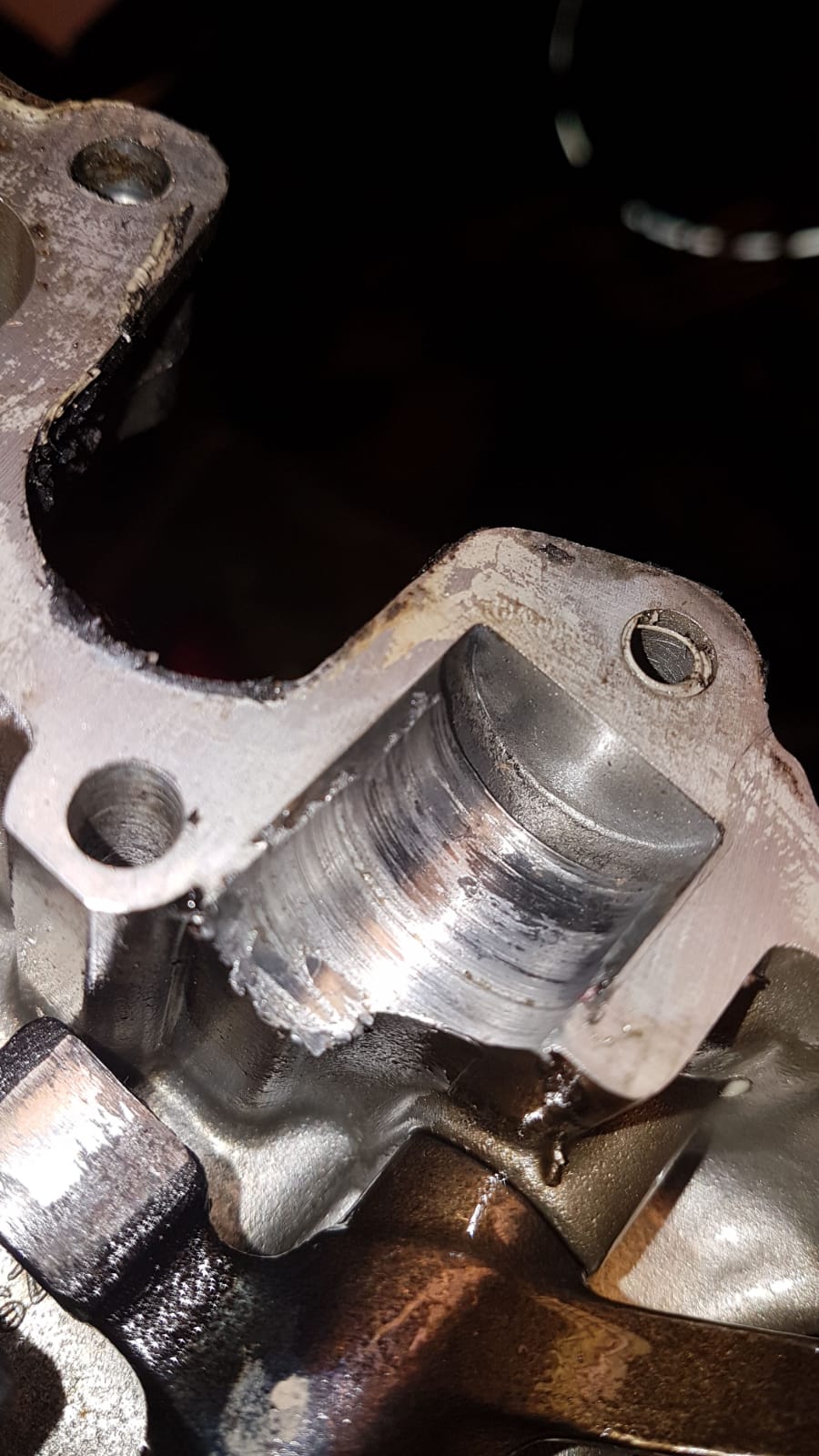 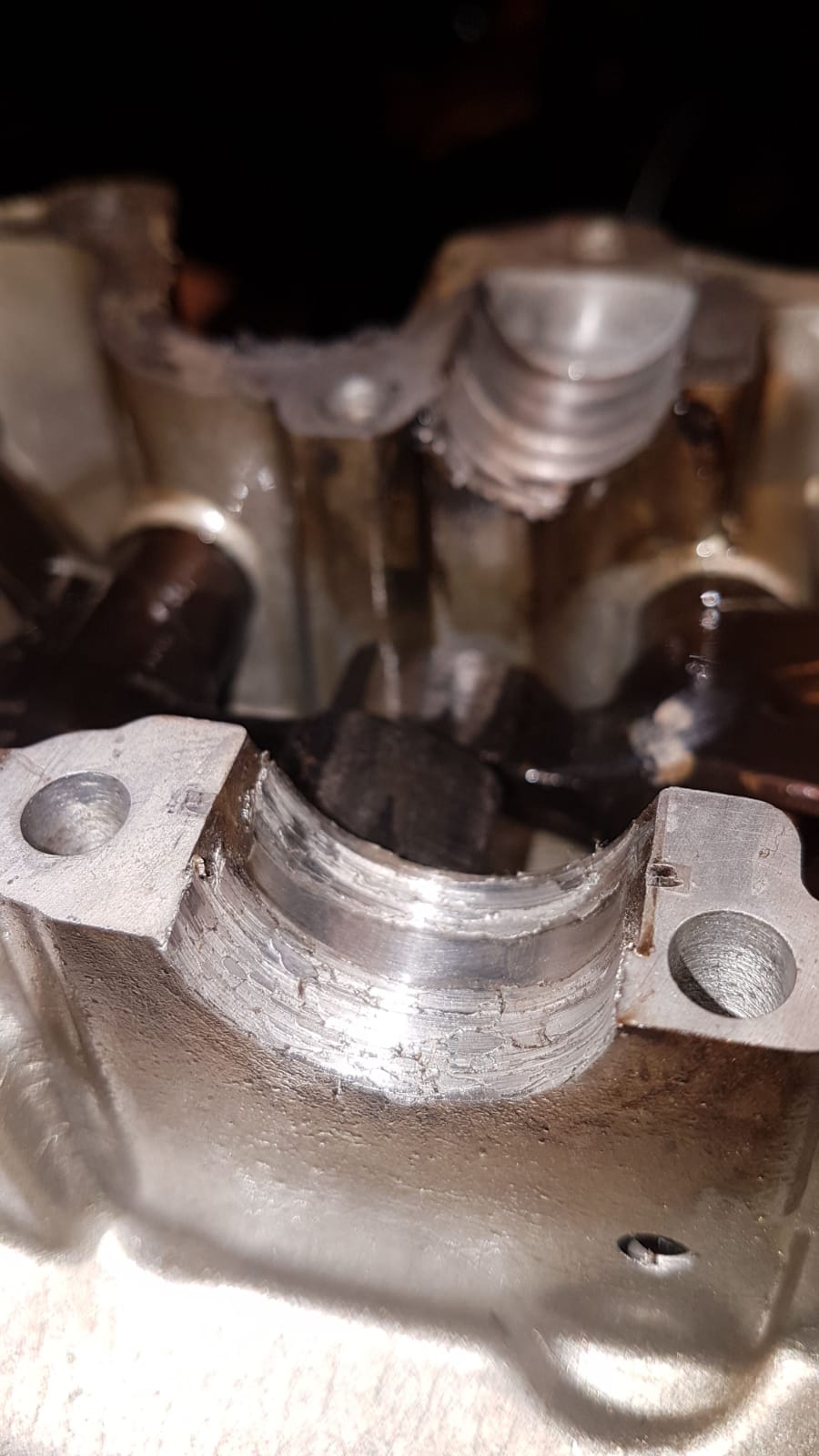 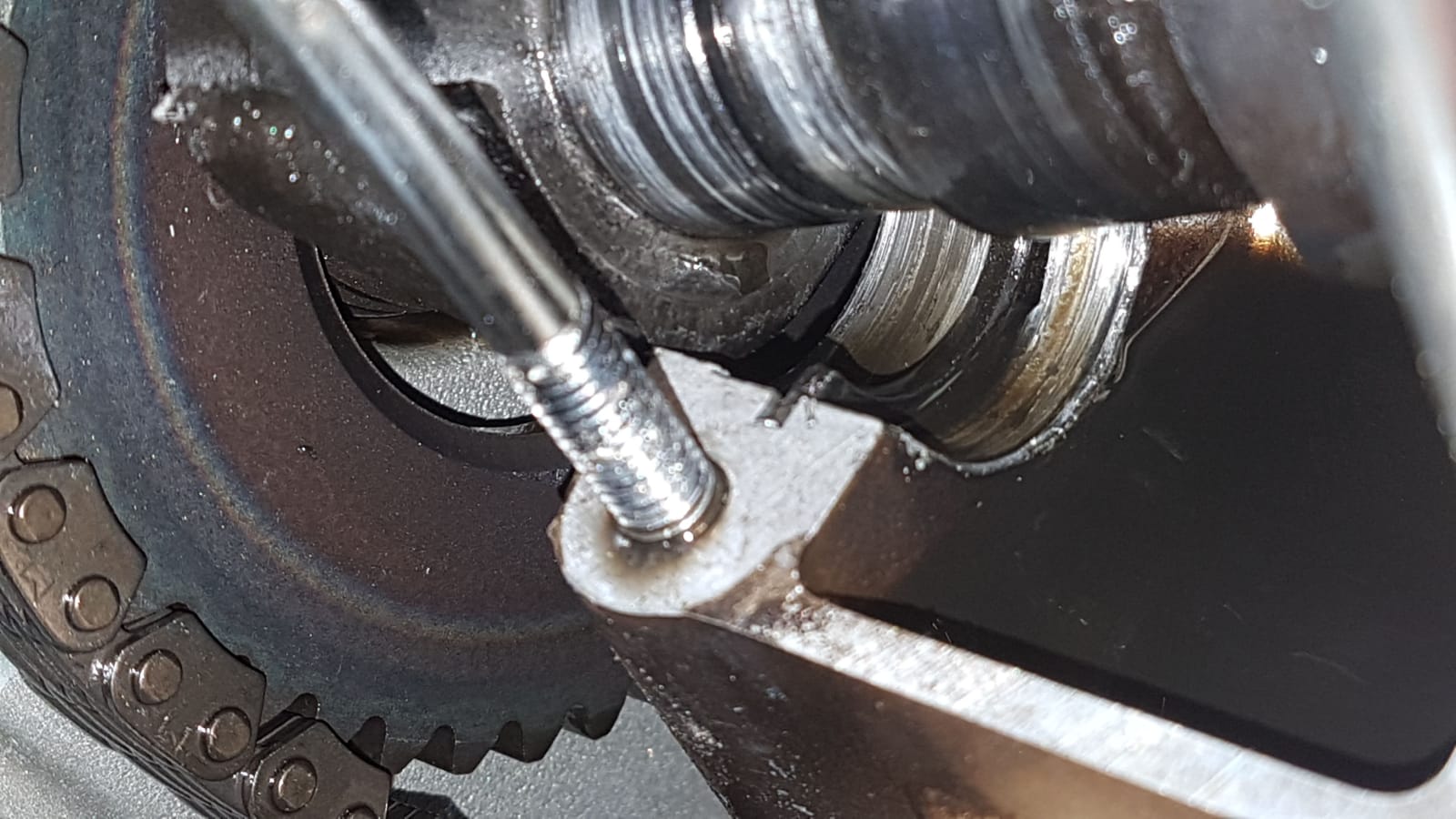 What the replacement parts from the 25k block look like: 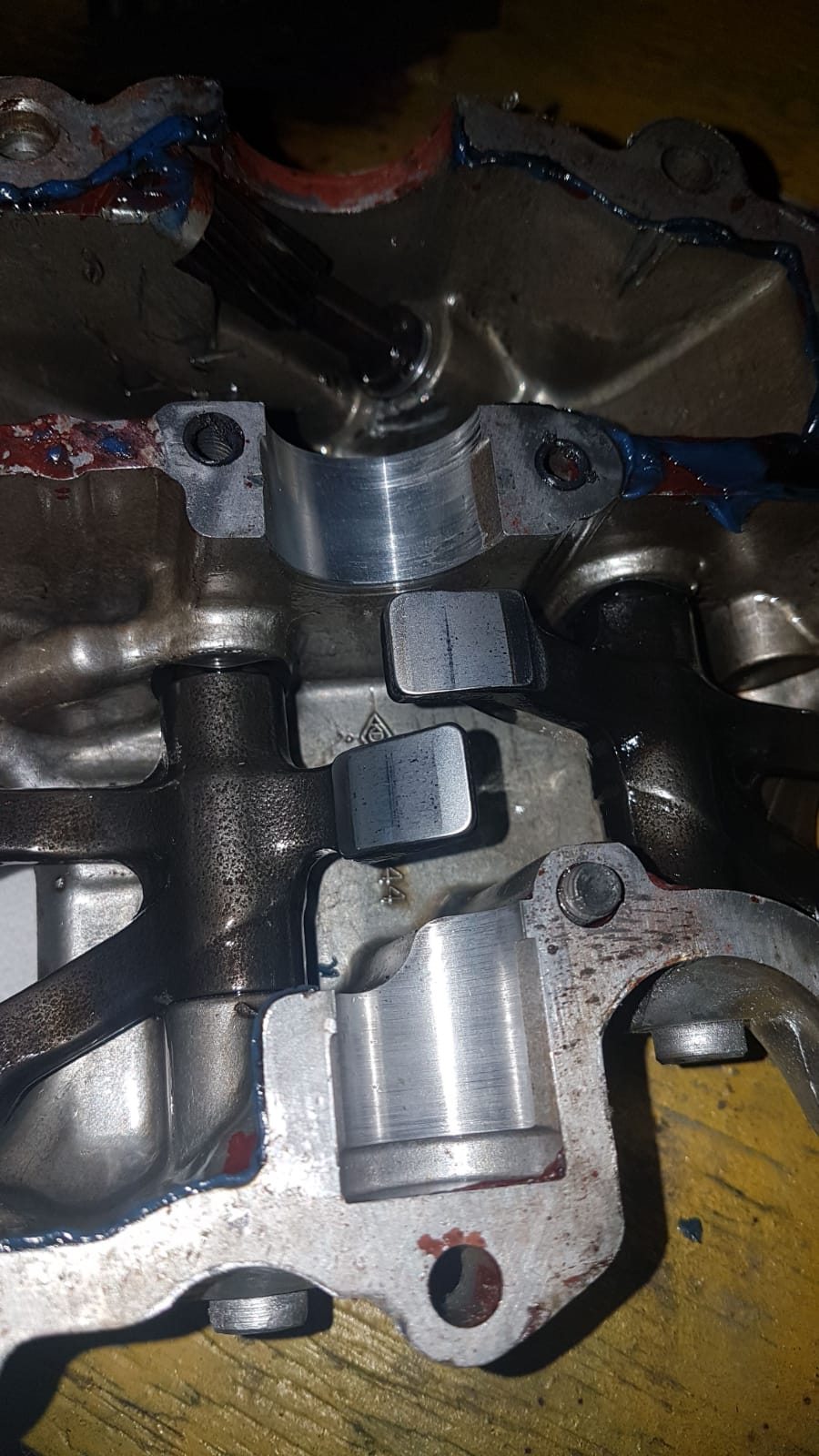 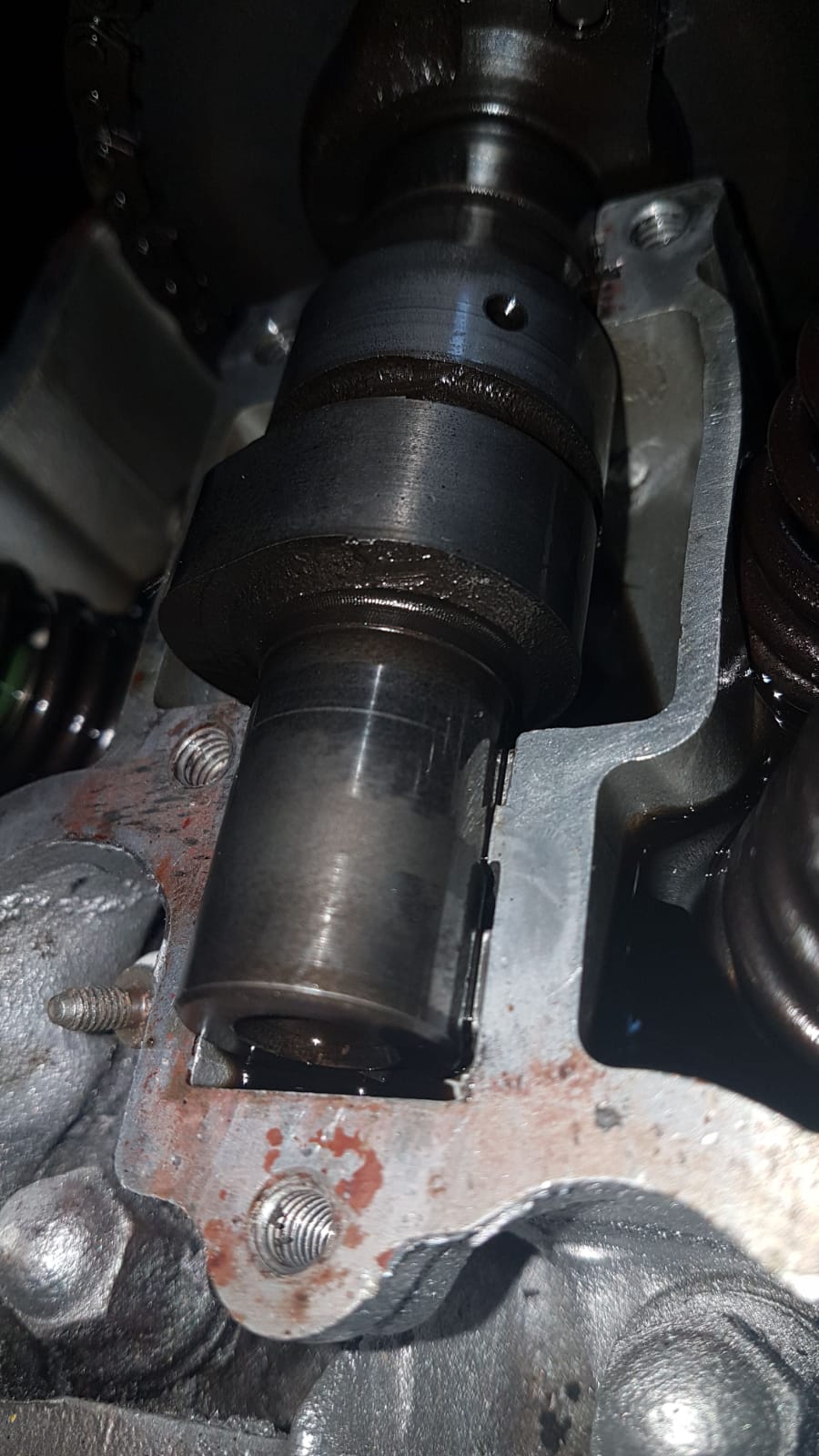 Thank you in advance!

4
How to remove rust from chromed parts?
2
Peugeot 207 "Cam Cover" Letting in Air
8
Two-stroke dirt bike piston running into spark plug
3
Can shaft journals ever lose lubing against bearings?
7
Where do the Camshaft Go?
6
How to re-torque a partially loosened overhead camshaft?
5
Valve lifters hitting camshaft when hand cranking
1
Rapid oil consumption, smoke from tailpipe and engine
1
Will deleting the gear-driven pump for power steering and vacuum on this diesel engine put the camshaft journal at risk of failure?
0
Why would an engine leak oil only at high speed?