A few things recently happened. About a week ago I drove through some flood water, probably high enough to out the exhaust system under water. There are also a few things I've noticed while at work that makes me kind of wonder but I have no clue. First I took a friend to the store on lunch break and my car came out of park. He tried to stop the car from rolling and then when I got back in later to try to start it, it acted like I didn't have the clutch pushed in. I replaced the clutch switch and had the same problem.

Then someone in my group therapy class showed me how to bypass the ignition with a wire from the hot wire on the starter to the solenoid switch wire, and we got a winding sound so I replaced the starter.

Now it will start by jumping the current over with a piece of wire but it still acts like the clutch is not pressed in. Everything just goes black when you turn the key to the start position. My friend who owns his own shop nearby jumped the hot wire on the ignition to the ignition switch and it still didn't start. He says that means it's not the switch but that I can run a hard cable from the ignition through the wire harness and just bypass everything. Another thing is when I looked under my hood the first time I had issues, the cold air intake was broken off, which is old and fragile, and later broke again trying to remove one of the couplers.

A few weeks ago my exhaust just fell off from the flange gasket, but was already broken at the muffler so I borrowed a jack from a mechanic shop just in time and cut the O2 sensor and left the exhaust behind. It's a 1998 Honda Civic EX with a manual transmission.

I also saw a video on YouTube that there's a ground wire I'll m the thermostat housing that causes a clicking noise under the glove box, where there is supposedly, a relay but I can't find anything disconnected.

Is it safe to run a hard wire or could there be a weird crossover wiring issue in the ignition switch meaning it needs to be replaced? Also, another thing that makes me wonder if it's the thermostat ground wire is that recently, whether or not it's due to the heat outside, the engine is starting to overheat while sitting still, but there shouldn't be anything wrong with the fan switch as it was replaced a few years ago.

I can rule out some things which are the starter, the clutch switch, and the battery connections/ground wires. I've checked all the wires and grounds and they all seem right. How could a wire could've messed up from water, or anything like that? It would dry out plus it's wrapped up in the wiring harness. The car runs fine and it's not the O2 sensors but what else might cause it not to crank? 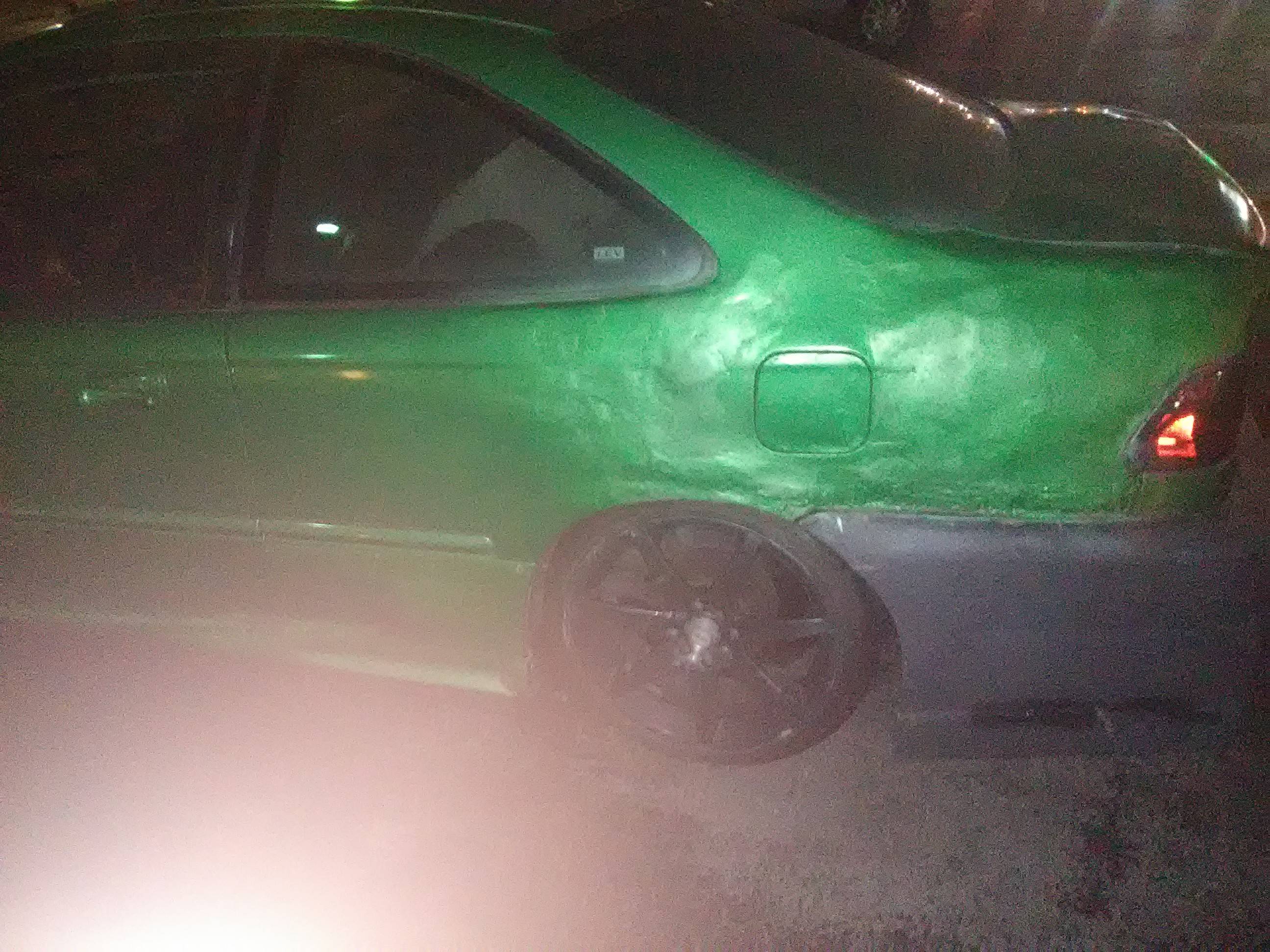 Here is an electrical diagram which should help you troubleshoot the problem.

It's a very simple system. Check to see you have battery voltage after the fuse box, and then on the ST terminal of the ignition switch (with the key in start), and then at the starter solenoid terminal.

I suspect you either have a blown fuse(s), a bad ignition switch, or broken wiring somewhere. Obviously the starter itself [new] is probably not the issue. 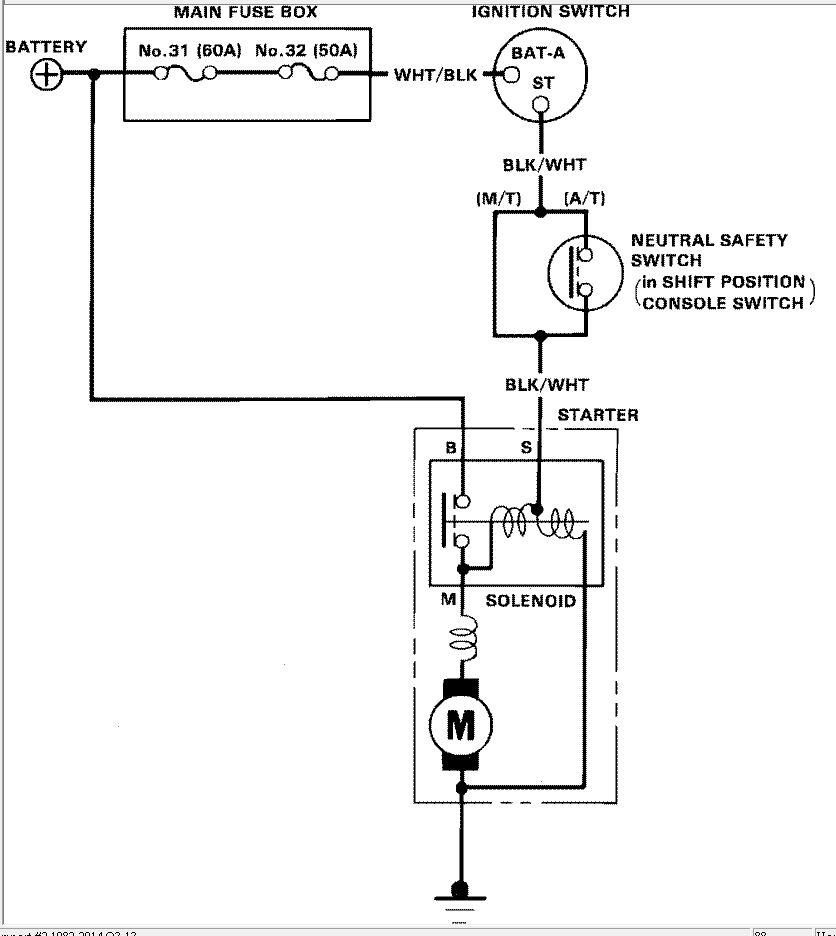 Not the answer you're looking for? Browse other questions tagged honda electrical ignition damage water or ask your own question.