The check engine light on my 2006 Toyota Tacoma V6 went on and, when I did OBDII disagnostics, it turned out I had P0348: Camshaft Position Sensor A.

I took the sensor out and it turned to be physically broken. You can see it here next to the other, proper one on the right: 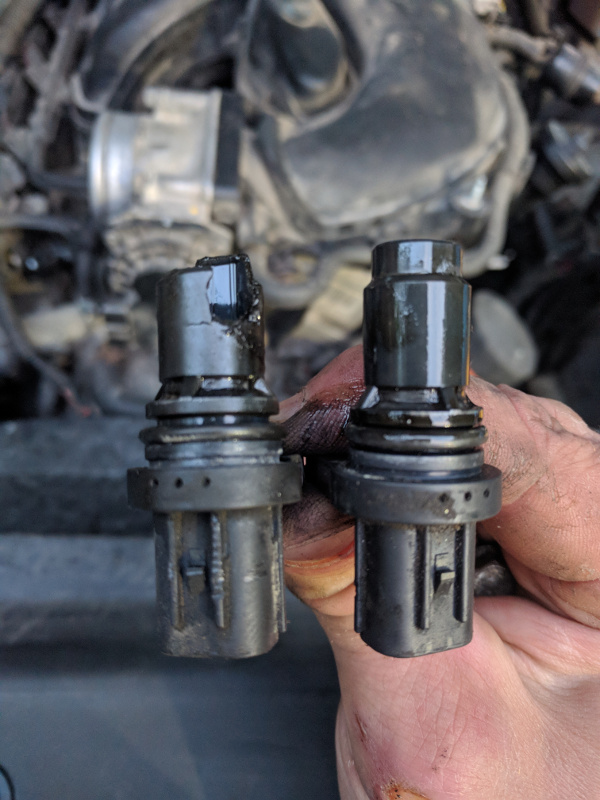 It is easy to replace the sensor, which is on its way. However, I am worried for the following reasons:

Browse other questions tagged cylinder-head tacoma camshaft-position-sensor or ask your own question.