How many catalytic converters does a VW CC 2010 2.0L Sport have?

I have edited this photo to try and explain easier.

In the red circle is the catalytic converter I want to replace with a mangaflow generic from Autozone. I think that will solve the issue.

In the green is what I'm not sure if needs to be replaced. Is this another catalytic converter?

What is the name of this green and red parts? I asked for a quote on yelp and I had a guy tell me my car has 2 catalytic converters. In the blue there are two oxygen sensors. The dark blue one (downstream) i've replaced before. I'm not sure if I should replace the light blue one.

Apologies for all the questions. I'm really trying to learn here and hopefully make the best purchase for the fix. I will read all replies. Thanks!

Your mechanic may be right, or at least think he is. For Engine code CCTA, there are two converters - one in the space of that "lump" in the left side of your picture, and the so-called "center" converter. The primary converter probably isn't large enough to handle the whole cleanup on the turbo CCTA engine.

That may not be the right picture for your vehicle. Below is the exhaust system for the CCTA engine, showing the O2 sensor bungs right at the turbo flange, and the downstream sensor (wide range six wire) after the center converter.

Alldata even depicts some variants with three O2 sensors on the ECU, but I could not find a physical picture to prove it.

Check around the turbo flange to see if there's an O2 sensor there. In that case, I'm pretty sure there's a catalyst honeycomb in the barrel "lump" after. (But SolarMike is quite correct; the item in your green box is merely a flexible joint.)

In any case, P0420 comes from information from the last sensor, or the one located after the center catalyst. FWIW... There's really no telling which single converter is causing the problem, or maybe both, or maybe the P0420 is caused by 100 other things that seem to indite the converter(s), but are actually due to A/F ratio issues that deplete the oxygen storage. It might even be due to a failing O2 sensor.

If you are certain you have the O2 sensors only in the locations you describe, you may have the CBFA engine varient, just one converter, and your "yelp quote" mechanic hasn't done as much homework as you have. I suspect the latter. 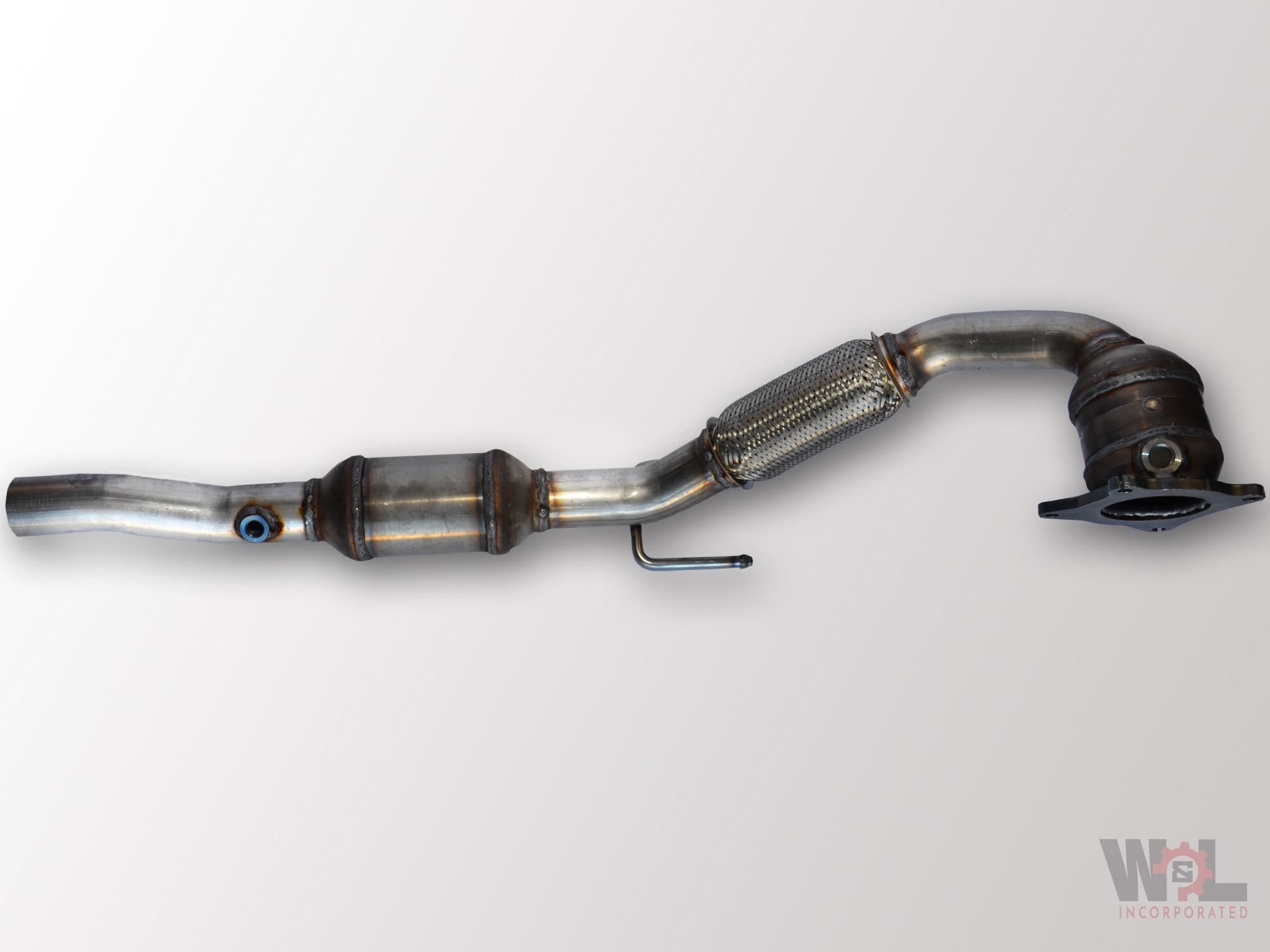 I would suggest that the part you have in the green box is the flexible joint designed to absorb engine movement so that the rest of the exhaust does not move so much.

The cat has the oxygen sensors before and after it, ie the part in the red box.

Not the answer you're looking for? Browse other questions tagged exhaust catalytic-converter p0420 or ask your own question.

3
Why does the price of Catalytic Converters vary so much?
3
P0420 in a Prius
7
2003 Toyota Corolla, 185k: erratic OBD codes, fuel smell, other symptoms
3
Trying to Understand Post Cat O2 Behaviour During a Misfire
0
Intermittent p0420
0
Check engine light, p0420 error and o2 sensor voltages
2
Catalytic Converter Clogged, But with what?