I have a Corsa Milenium 2001 (Brazilian version of the Opel Corsa) and for a while now I've been having issues with my speed sensor (ECU light accuses problem in the speed sensor, code 24). The speed sensor is built inside the car cluster, driven by the transmission cable that also moves the odometer. The ECU light turns on usually when I'm going down a hill and not accelerating (engine braking) and turns off when I hit the gas for a while, and it turns on whether the speedometer is working or not.

Besides the speed sensor issue, the speedometer used to fail sometimes (going back to 0kph) and then suddenly get back to working. Now it's the opposite, it's mostly not working then at some rare occasions it pops up to the speed again (I believe it's probably a coincidence, but it's worth mentioning I think it switches more often from not working to working when the weather changes).

While the speedometer is not working, the odometer still runs fine, which makes me think it does not have anything to do with the transmission cable or the gear that passes the rotation from the transmission to the cable. Right now my best guesses are either the cluster itself (some problem on the speedometer) or bad wiring (the rest of the cluster is working fine though).

I need to decide between buying a new cluster or new wiring. Since they are both a bit expensive, I was wondering if the more experienced folks could tell me where are my best odds of fixing it (if I buy one and it doesn't work I'll have to buy the other anyways, but I was thinking if the symptoms could be pointing more likely to one of the causes).

Below just illustrative photos of the car model and the car cluster: 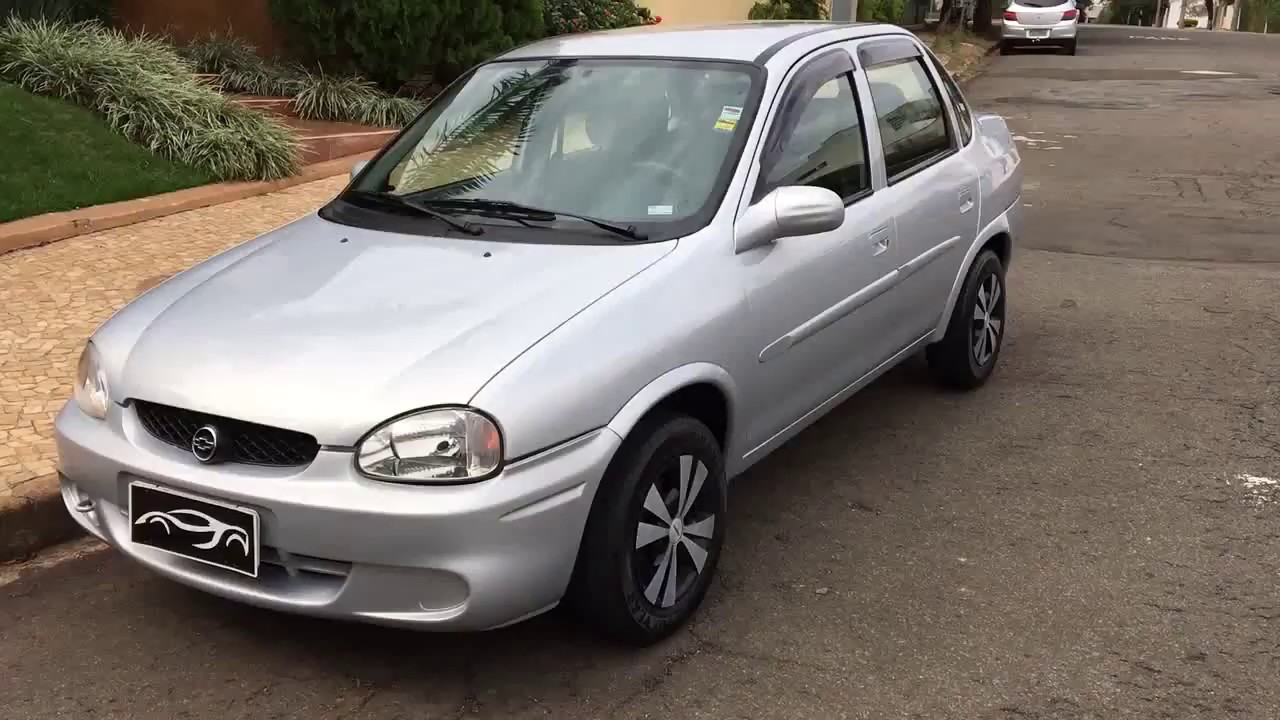 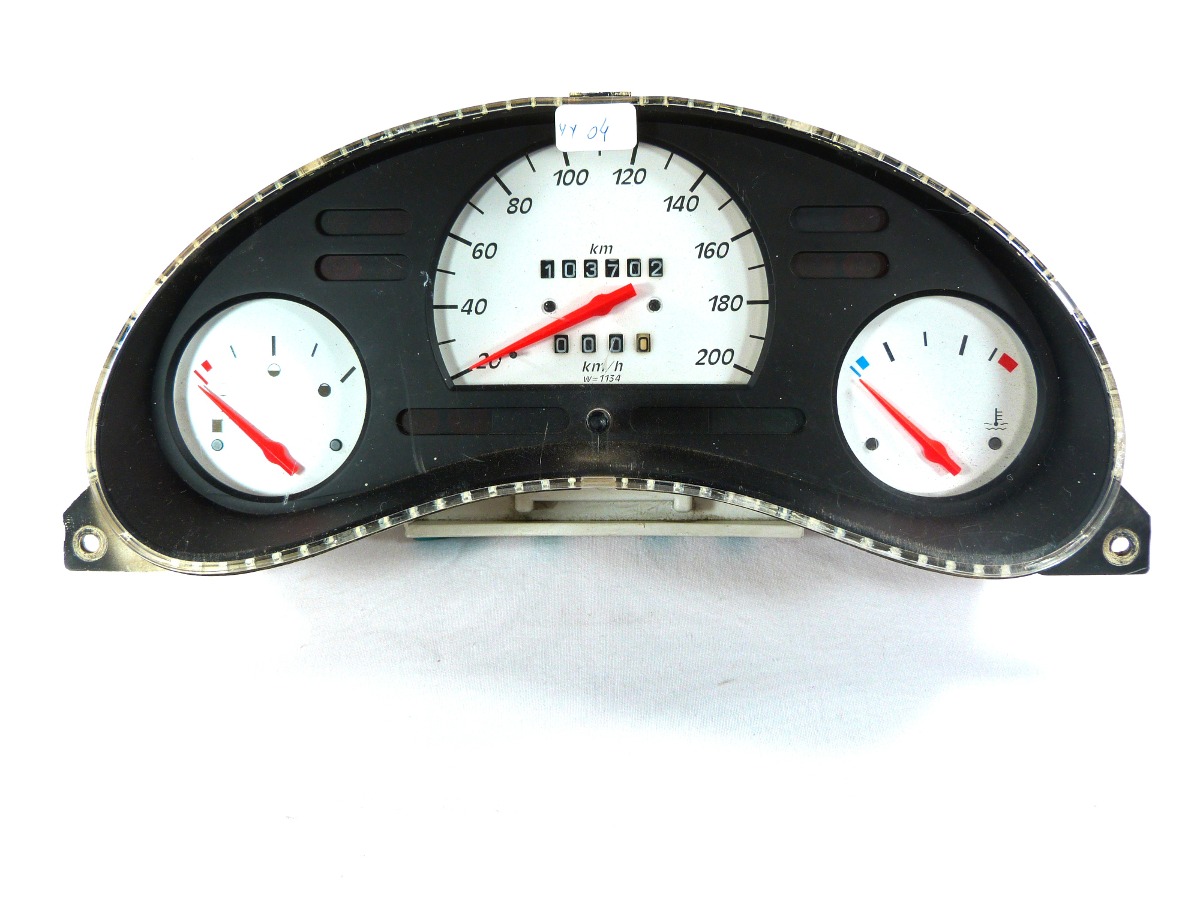 speedometer corsa vehicle-speed-sensor
Share
Improve this question
asked May 8 '19 at 12:55

I took a shot and bought another instruments cluster. They don't make new ones, or at least I didn't find a place to buy them, so I had to buy an used one. When it arrived and I had it installed, at first it seemed like I hadn't solved anything because the odometer and speedometer wasn't working at all. I removed it and dismounted the speedometer disconnecting the speed sensor plug and removing the 4 Torx screws in the picture below: 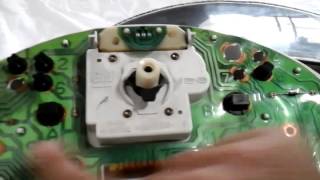 Once I removed the speedometer aggregate, I checked the small plastic gear that moves the odometer. In my old cluster I had a locked odometer that was caused by this gear having moved out of place and losing contact with the screw that rotates from the motion of transmission cable. This cluster had the same issue so I guess that's a good tip for any Corsa owners: If you do get a locked odometer check this small gear, if it is displaced push it back to place (I don't think it's a bad idea to add some glue to it if you don't want it getting out of place again in the future). On the picture below, I had removed the speedometer scale and pin, but that's not necessary to put the gear back in place. I just posted it so you can see what gear and screw I'm talking about: 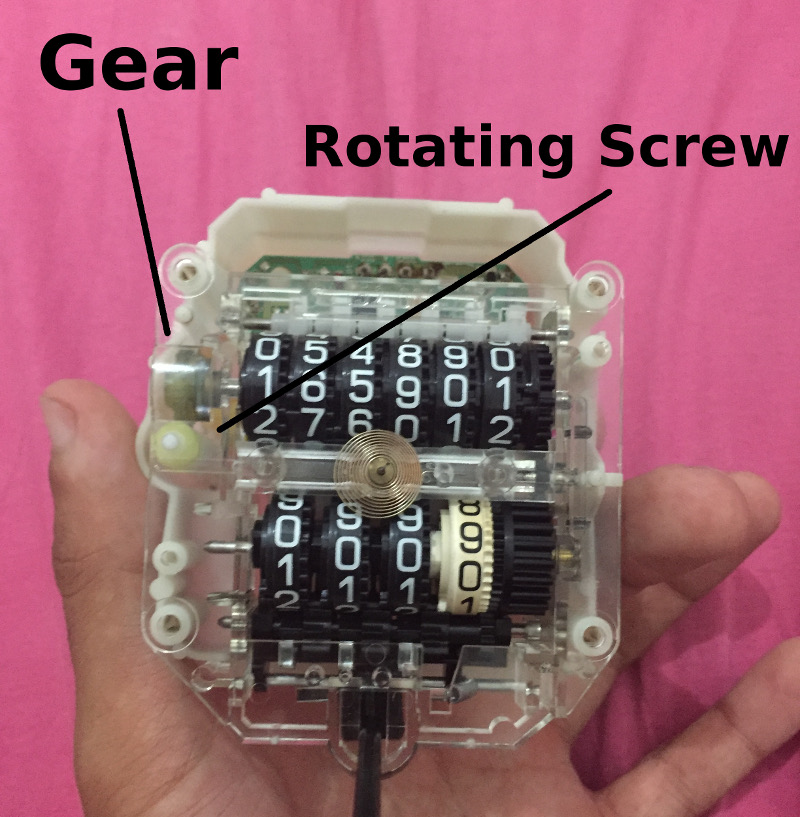 After I put the screw back in place and remounted the speedometer aggregate, I rotated the female connector where the transmission cable goes with a small Torx key, to make sure the odometer was rotating and the speedometer was moving. With that confirmed, I remounted the cluster in the car. It worked, no more ECU warnings about speed sensors, no more car dying in slow speeds when I hit the clutch, also no more choking when reaccelerating from slow speeds (say after you hit a speed bump). I had a couple of tricks to avoid those issues, but this time I didn't have to use them and had a much smoother driving.

The next day however, I was surprised when the speedometer wasn't working again, though the odometer was still working and there were no symptoms of the ECU speed sensor issues. On the way back I decided to remove the plastic cover that protects the cluster pins, and once I reached some speed I slightly pulled the speedometer pin up, and it started working again. So I'm thinking sometimes it's getting mechanically locked, and when it happens maybe the magnetic field generated by the transmission cable rotating is not being able to overcome that resistance. I'm still going to think if there's a more definite solution for this particular problem, but for now, I'm happy I solved the speed sensor problem. Maybe I'll try adding some lubricant on the rotating pin axis.

Not the answer you're looking for? Browse other questions tagged speedometer corsa vehicle-speed-sensor or ask your own question.