I have a problem with 2012 XC60 T6+LPG. Engine is idling roughly, especially when cold. Coil packs are Ok. There is no noticeable vacuum leak in the intake. I can't safely rule out fuel supply problems. When the engine is warm, the ECU appears to want a leaner mixture (STFT <0) and once run on Petrol it prefers to have to richer (STFT >0). Also, it misfires to single cylinder on Petrol so I still assume there may be a problem with this particular fuel injector. 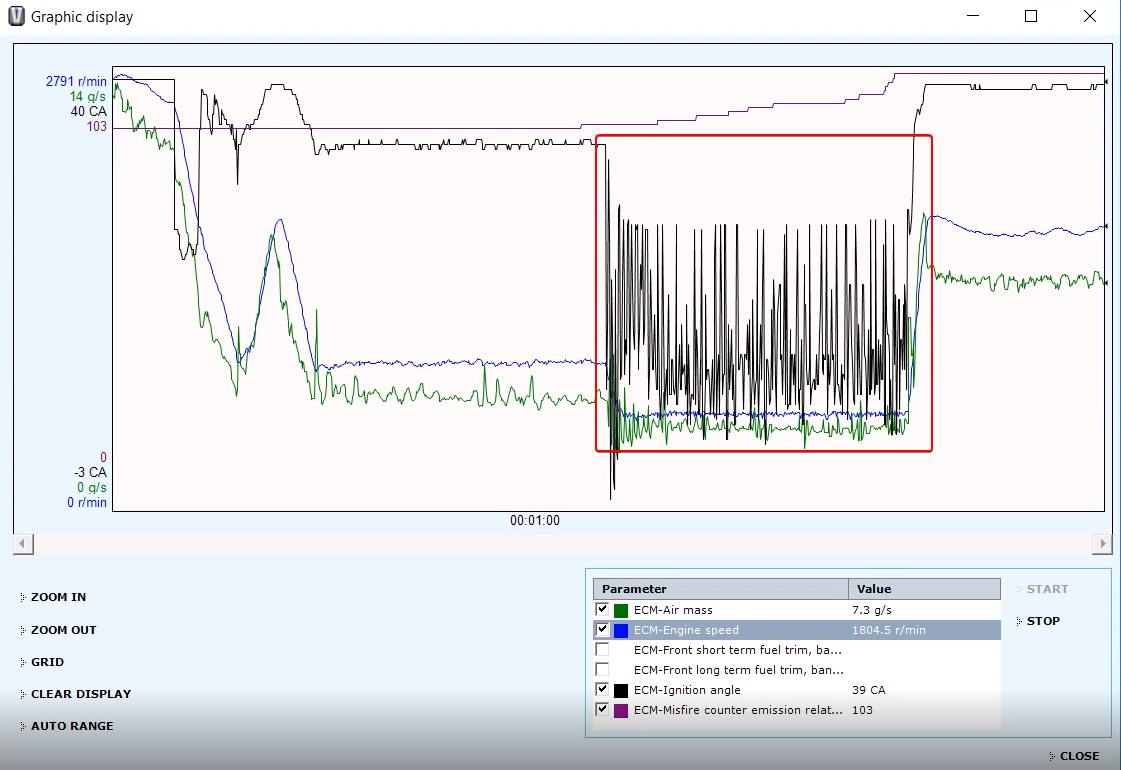 Is it normal to have such messy Ignition angle when idling? Is it a consequence of misfires or is it a reason for misfires and caused by some other problem?