Is this superficial tire damage or should it be replaced?

enter image description hereThis is my wife's car, not sure how this happened but assuming it was from her hitting a pothole. The tire sidewall was sliced but when I lift the flap I can't see any cords, just black rubber/tire. The car is 1 year old and these are the original tires, they have about 8,000 miles on them and are performance non-runflats. Should I just have this tire replaced to be safe or is it just superficial damage? 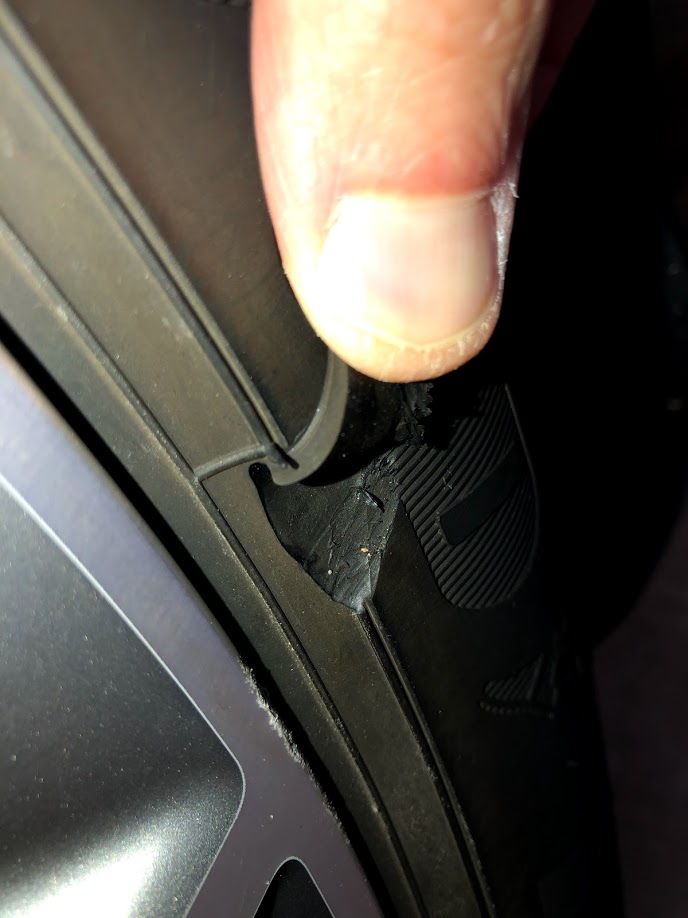 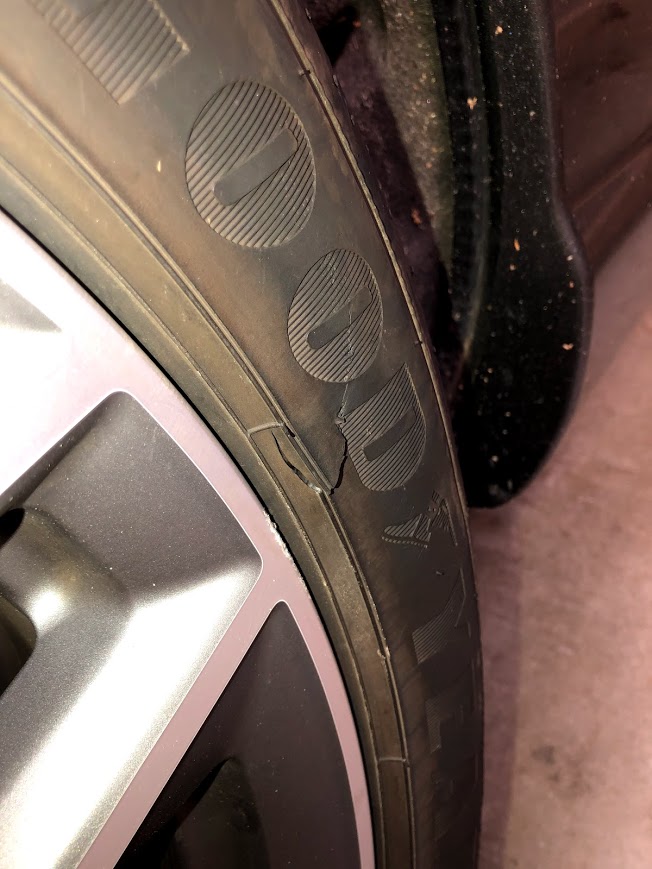 Can't clearly see the damage but if the flap of rubber is more than just say a few sheets of paper thick, then I'd recommend to replace the tyre.. especially if the car does ANY derestricted or motorway speeds etc. The reason is that sidewall damage isn't always fully visible. It may just show a flap of cut rubber, but the sidewall could be weakened at that point also, as the tyre will have been crushed or pinched somewhat between rim and kerb. This also means possibly damaged carcass fibres which can become a failure point. Its not really worth risking a blowout for the sake of a tyre.

If it was a pothole.. get a picture of the hole with a measuring tape etc showing the depth of the hole, along with a photo of your tyre/wheel damage (have suspension checked too) and bill the council for the cost of repair.

That damage looks pretty substantial. The structure of the sidewall is the cords which I can't see in the image, so there is still some (albeit minimal) protection for the cords in the rubber covering it.

However, if that was my tire, I'd replace it. As Orb said, you the event that caused the pretty substantial damage could have damaged the sidewall in a manner that you can't see. If there's only 8000 miles, you probably are safe replacing just one tire if you can find an identical one (unless the "performance" means your wife drives aggressively, which can wear the tires in 8000 miles a lot). Otherwise (if exact identical tire not available) replace both tires on the same axle and use a tire rotation pattern that maintains the property that tires on the same axle won't get put to different axles. However, on some all-wheel drive vehicles you may need to replace all 4.

If going against the advice, I'd monitor the damage area by taking a photograph of it in good lighting (such as using a flash) initially after every single drive, and carefully see whether the damage progresses in either of the two manners: (1) the tire starts to bulge, (2) you can see the cords. In a very tight budget, the monitoring approach could work reasonably, but then you need to be prepared for eventually replacing the tire.

Me? I'd be lazy and just replace the tire. After all, 8000 miles almost surely means you can replace just one.

Poor photo, can't see enough, but replace it - if it pops on your wife you will never hear the end of it.

Replace it; as others have said.

What is troubling to me is the crack that runs from the "flap" area all the way through the second "O" in GOOD-YEAR". (Should it be GOØD-YEAR ??)

This suggests a pretty hard hit, and a potential for cord/belt damage in the sidewall - not just limited to the "flap" area which shows no cord.

Check the tread depth on the other tires, but unless you drive very hard, I doubt 8000 miles is enough treadwear variation to disturb your Audi.