New carburator gas coming out of small tube inside

I installed a new carburator on a 6.5 hp Tecumseh motor for a wood chipper. After hooking the fuel line back, gas flows steadily out of the small tube inside the carb.

I am not very mechanically inclined, but I don't think that is supposed to happen. Did I do something wrong or how can I stop it? 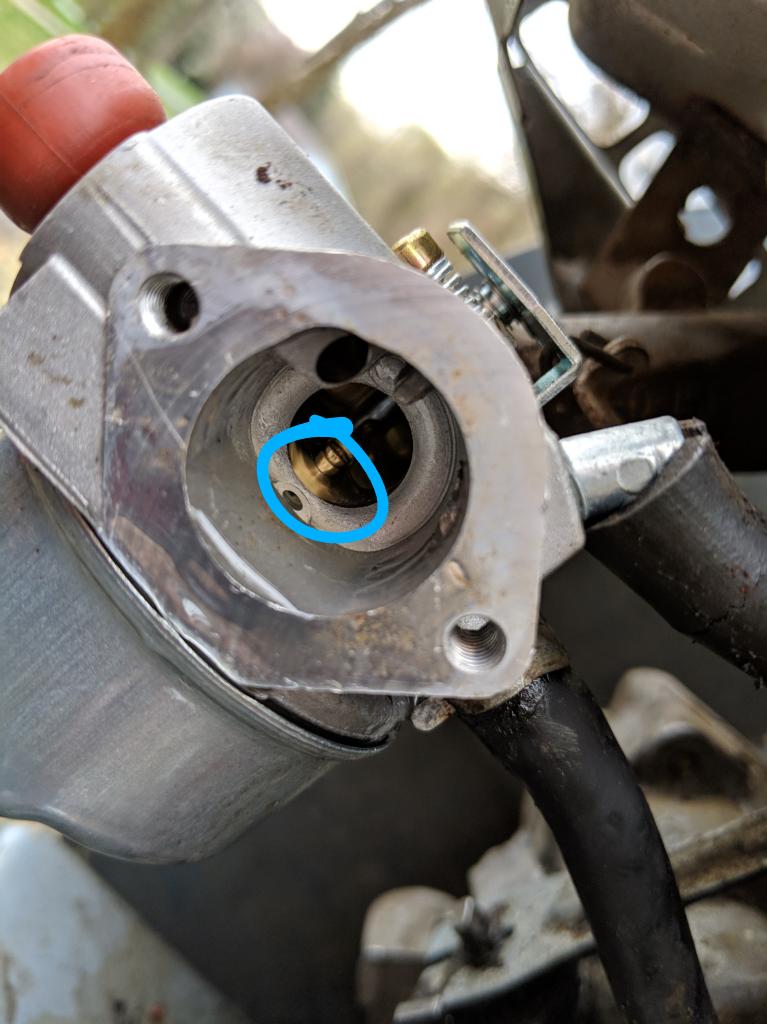 It sounds like the needle is not blocking the fuel flow and fuel is coming out of the main metering nozzle. This could be due to many reasons; hole in the float, misaligned or stuck float, missing or bad needle, just to name a few. To check you will have to remove the bolt holding the bowl on and check to see what is going on inside.

Not the answer you're looking for? Browse other questions tagged carburetor small-engine or ask your own question.

2
Small Gas Engine Throttle
8
What caused bent intake push rod?
3
What is this tube coming off from 1 of 2 motorcycle carburettors?
2
Gas leaking from this tube,wondering what exactly this tube is
2
My like-new chainsaw is stalling-out in a very weird way, hoping to know if I should try adjusting Idle or L-adjustment first?
1
My Coleman CT200U, has white smoke and what seems to be oil coming out of the exhaust ,
1
97 Corolla won't start. New battery, spark plugs and HT wires. Carburetor coughing smoke