My '04 Camry is leaking something that kind of resembles old motor oil. It's fairly viscous and dark in color. I put the car on jacks, and was able to snap the following photo of the area where it's coming from. 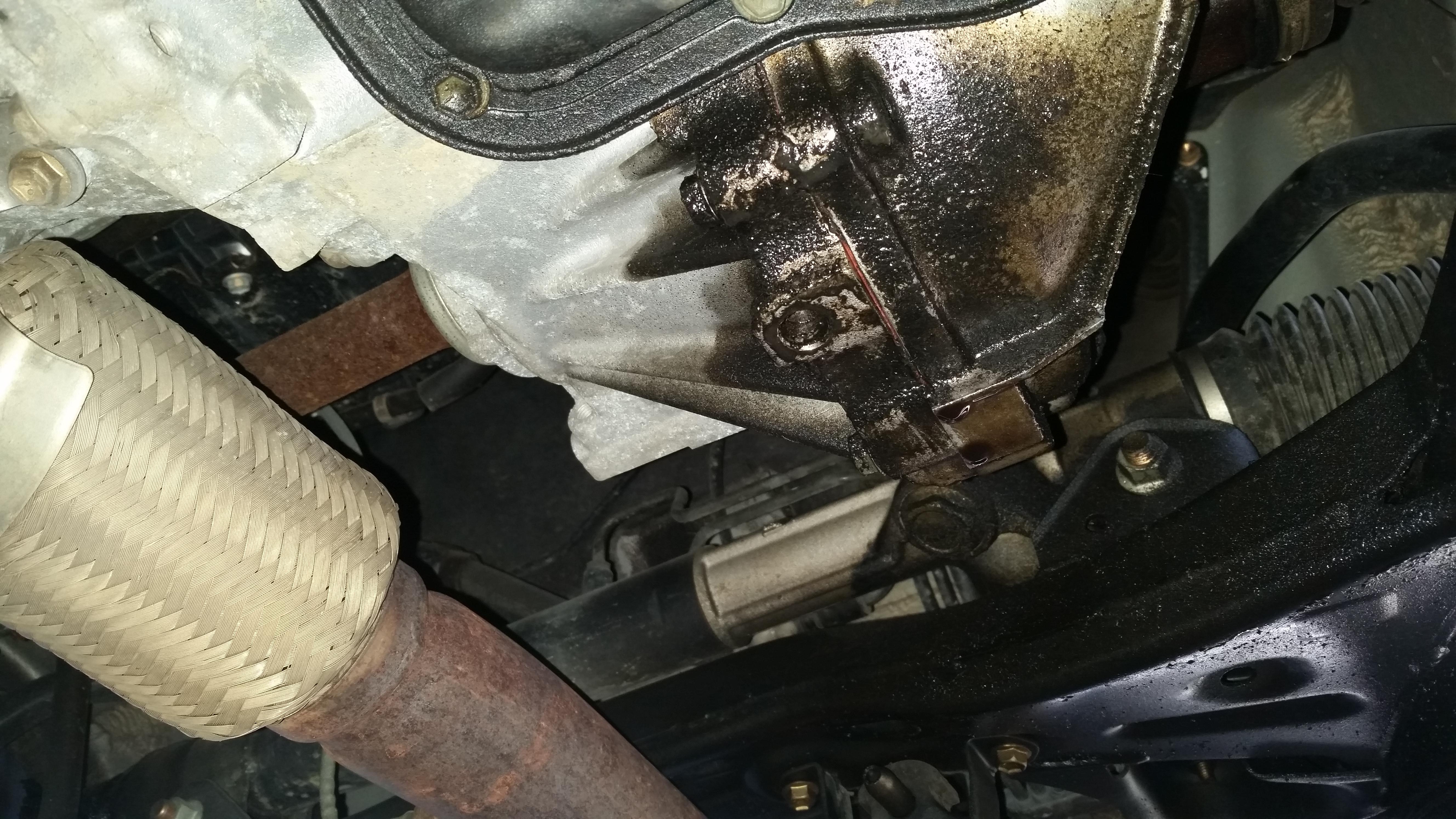 You can even see two more drops of oil(?) getting ready to fall. It seems to be a slow leak, whatever it is, but I want to get it taken care of.

Since I don't know the first thing about servicing a car, I'll have to take this into a shop to get handled, but before I do, I'd like to know:

I'm rather inexperienced at identifying leaks so this is an educated guess, but I'll give it a go anyways. Judging by the proximity of the exhaust, steering rack, and what looks like a rusty driveshaft, it seems like that's your transmission that's leaking. Since your car is starting to get a bit old, my guess is some seal on your transmission has degraded and become leaky, so that will need to be replaced.

Not the answer you're looking for? Browse other questions tagged toyota camry oil-leak or ask your own question.