Why drill a hole in the base of a 12V battery?

I attempted to do some regular battery maintenance on a recently acquired vehicle. The cells were all low on fluid so I added some distilled water to each cell. However, one of the cells was obviously not holding water. I assumed it may have frozen or cracked somehow.

After pulling the battery out for further inspection I noticed that there was a small hole drilled near the base of the battery into that particular cell. I added some more water and it all leaked out of the small hole.

I inspected the plastic holding box to see if there were any drill holes in it that might indicate someone had accidentally drilled into the battery. No holes.

Any idea why someone would have drilled a hole at this location in the battery? 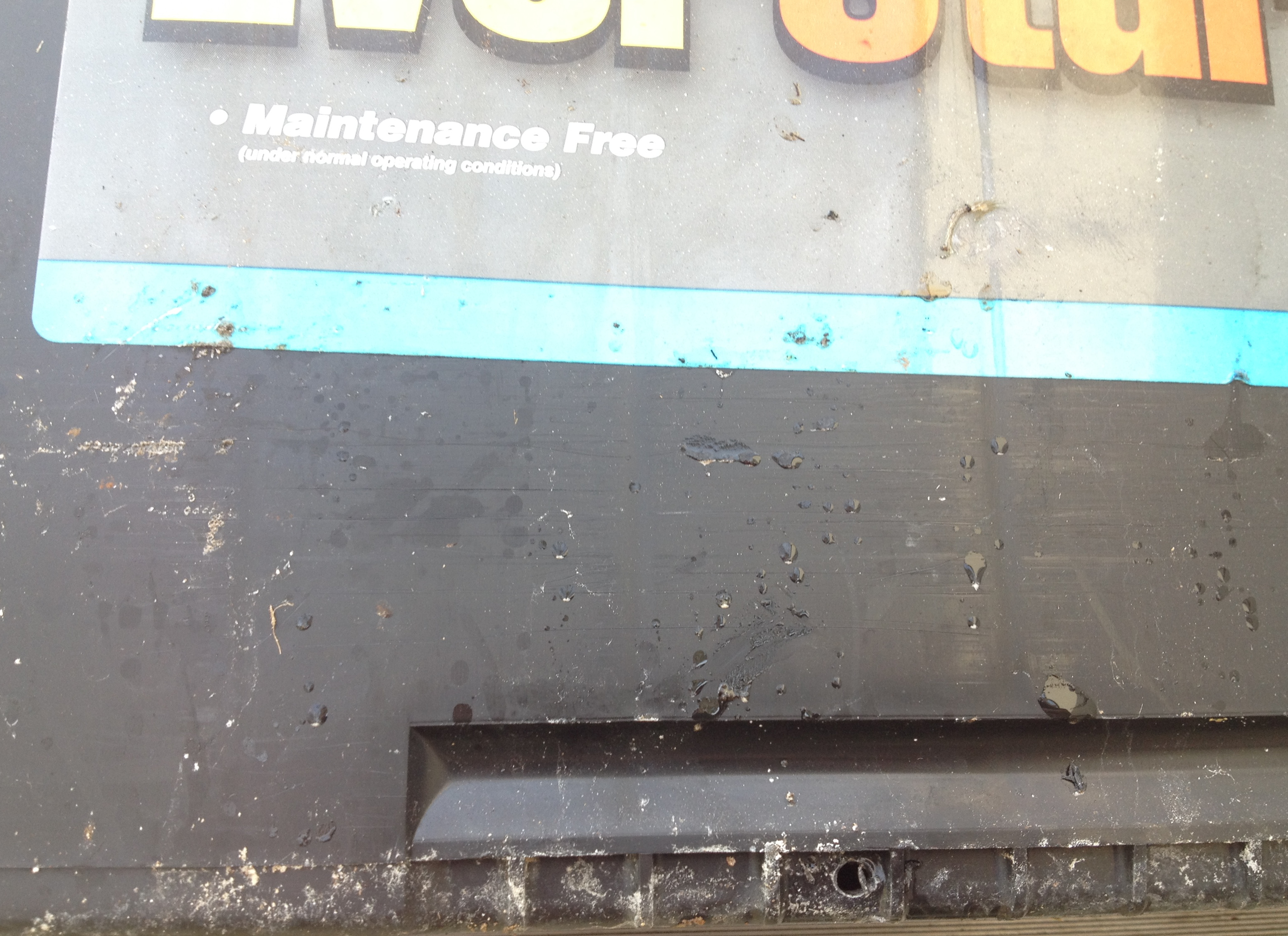 The hole is so clearly defined that it certainly must have been created with a drill. Such things do not happen by accident or a slip of a tool.

I believe you are seeing signs of sabotage. The question of motive remains and must be deferred, subject to investigation.

Not the answer you're looking for? Browse other questions tagged electrical battery or ask your own question.

3
how much water can be safely added to a battery?
7
how do i know if my lead-acid battery has been resurrected?
1
Is it always the side battery cells that need topup?
6
8th Gen Honda - No Start, No Crank (down the rabbit hole)
7
12V Battery change
14
Can a lithium-ion battery really start a truck?
6
What is battery corrosion material?
5
Renault clio snapped bolt removal?