Car sometimes starts, sometimes not, and also cuts out during driving, I’m assuming this is due to same cause.

Mechanic said there is fuel starvation and perhaps fuel pump is not working and that I could only change part and see if it fixes issue, if it doesn’t I need to change another part.

I have noticed the following when starting the car, Maybe it can help u help me diagnose properly. When I put key in, from off there are 3 turns for the key.

Today I cut out and was repeatedly trying to start. I noticed no fuel pump sound or windows move on second turn and car wouldn’t start on third turn. However I then noticed provided I held key in on third turn and not let it go back, car would stay on and windows would work and I could even drive but I had to keep the key on third and prevent it from going back.

Anyway based on the above does it suggest I have a problem elsewhere like an ignition relay? What part might it be? 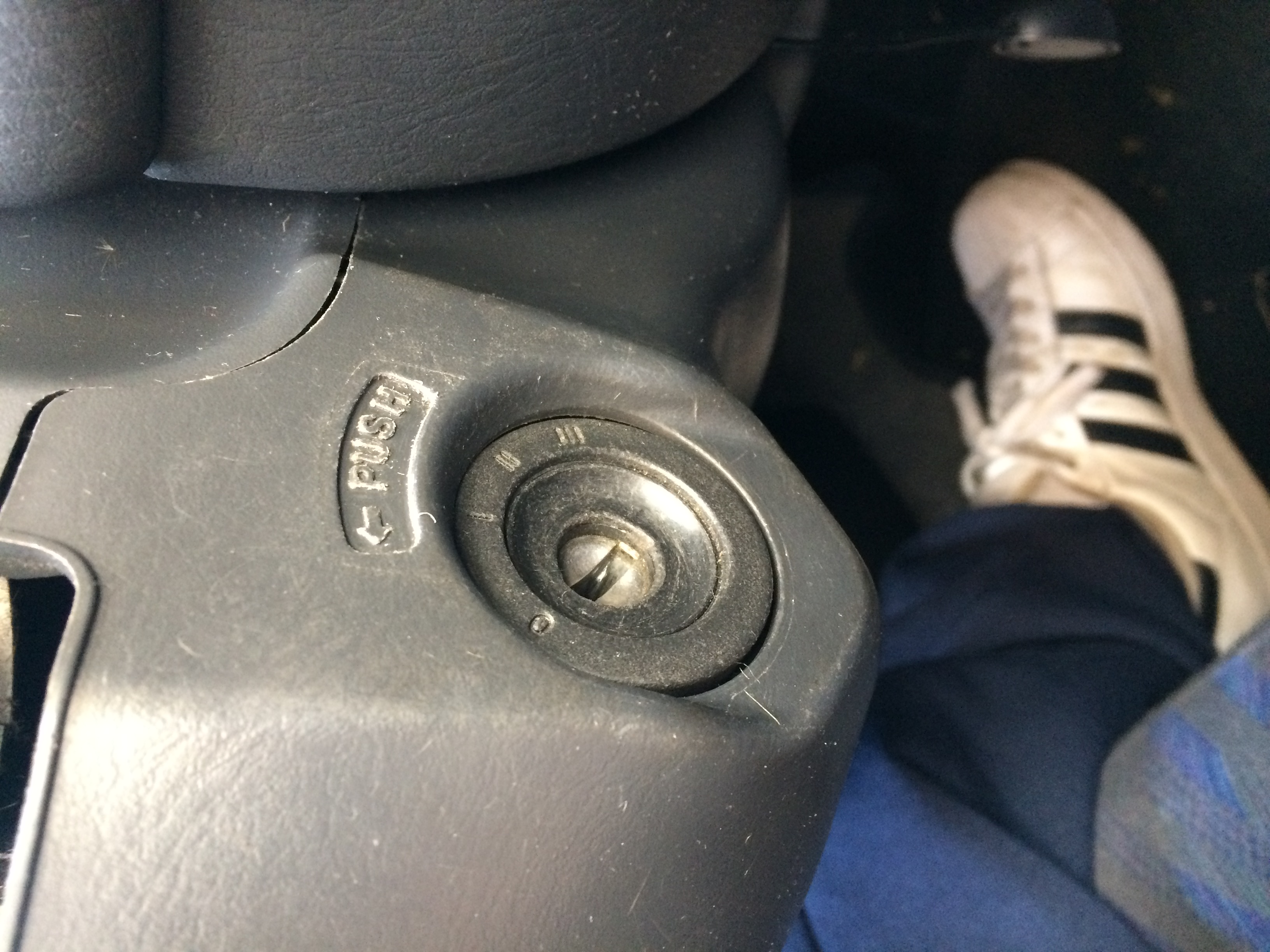 Almost certainly the ignition switch - they carry a significant chunk of current and over time the arcing between the contacts causes a black burned like residue to build up. This causes intermittent completion of the circuit and the symptoms you describe (the fact that holding it in position 3 "fixes" it is a dead giveaway).

It's possible to take the switch apart and clean it up which should alleviate the symptoms, the switch should be held under the steering column by two bolts, it's white and round (maybe 3-4cm diameter).

It's not a job for the faint of heart and if the contacts are too badly corroded it may not be sufficient - in that case you'll need a replacement switch.

Not the answer you're looking for? Browse other questions tagged ignition or ask your own question.