is a visible paint seam on the roof-top ok?

Someone with a provisional licence hit my 2008 Jetta on the side, and the side of my car had to be reshaped and repainted. It involved repainting the whole side, including the strip on top of the doors, which is the same part as the roof-top; they've covered up the roof-top, and painted only the side.

I'm not sure about the time when I first got the car after the job, but after a short while, including driving the car in snow and getting a car-wash, I noticed that the seam on the roof top where they've repainted the side now has a rather visible white line on it; it's not entirely noticeable, because the top of the car is shaped in such a way that the side is slightly higher than the rooftop, and the seam appears within this side that's elevated from the roof-top on the roof-top's inside; however, the idea of such seam just being there nonetheless somewhat bothers me.

They've now tried re-polishing it, and it seems like it might have went away, but I'm afraid that, ultimately, it's going to come back again.

What's going on, and is there any rule of thumb here? The shop that did the job is an old reputable local shop in Northern California, which strives to make sure their customers stay very satisfied. Did they simply not repolish it correctly the first time, or what?

Update: so, it seems like the white line is still there. Here are some pictures, the first four is the re-painted side of the rooftop on the driver's side, and the last one is the original non-repainted side on the passenger side. The imperfections in the paint are much more visible in these magnified pictures than with the naked eye. 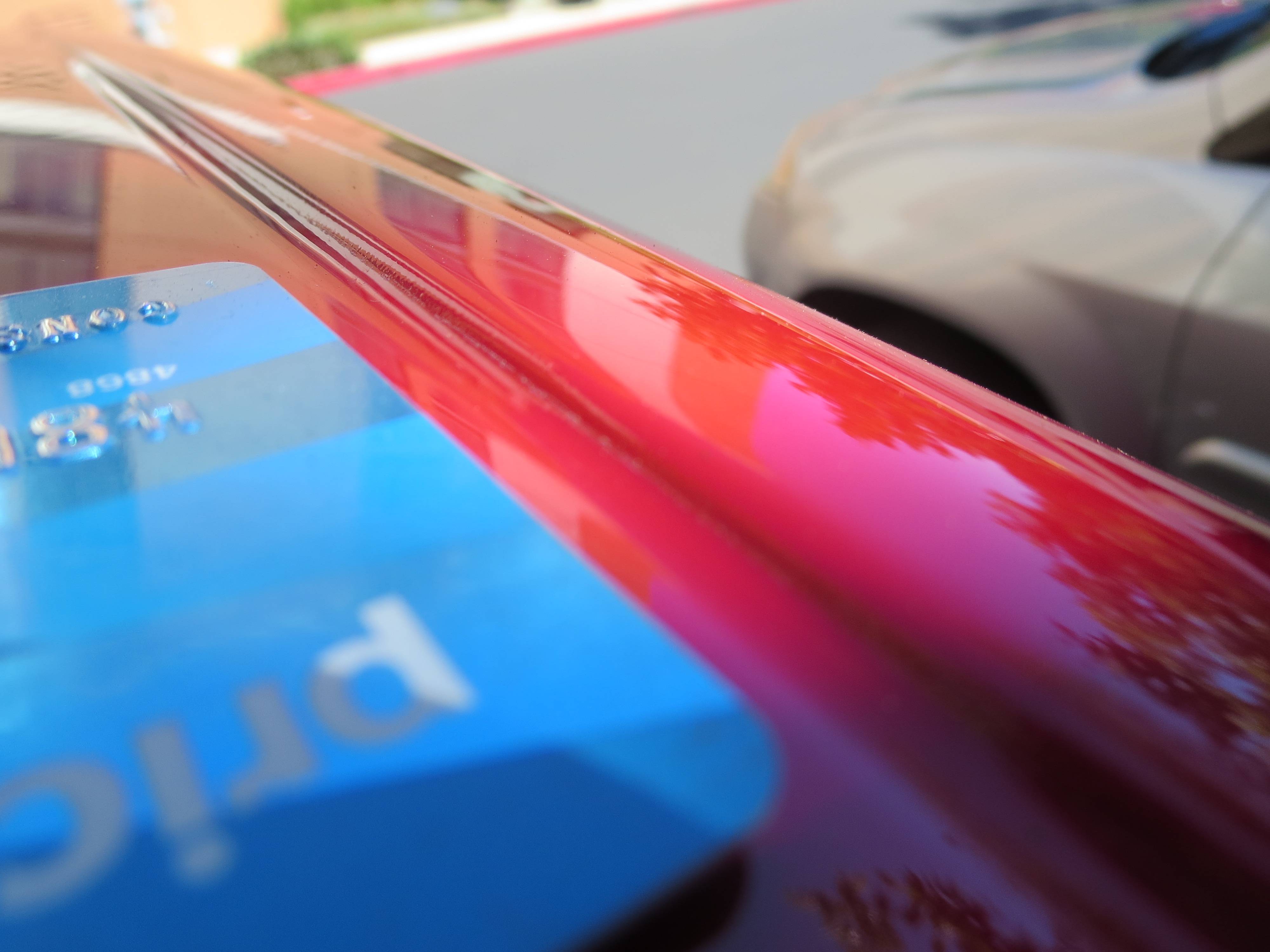 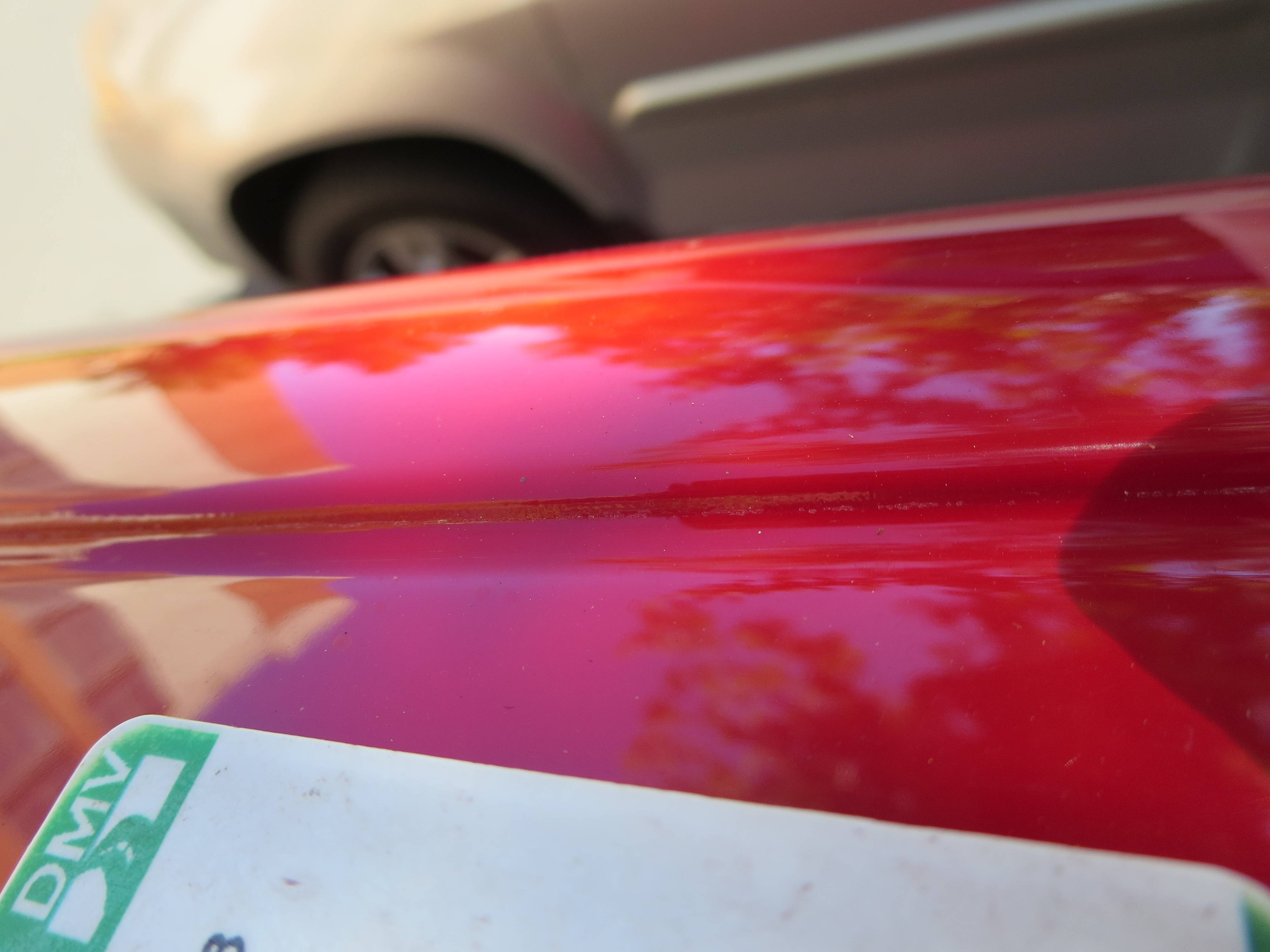 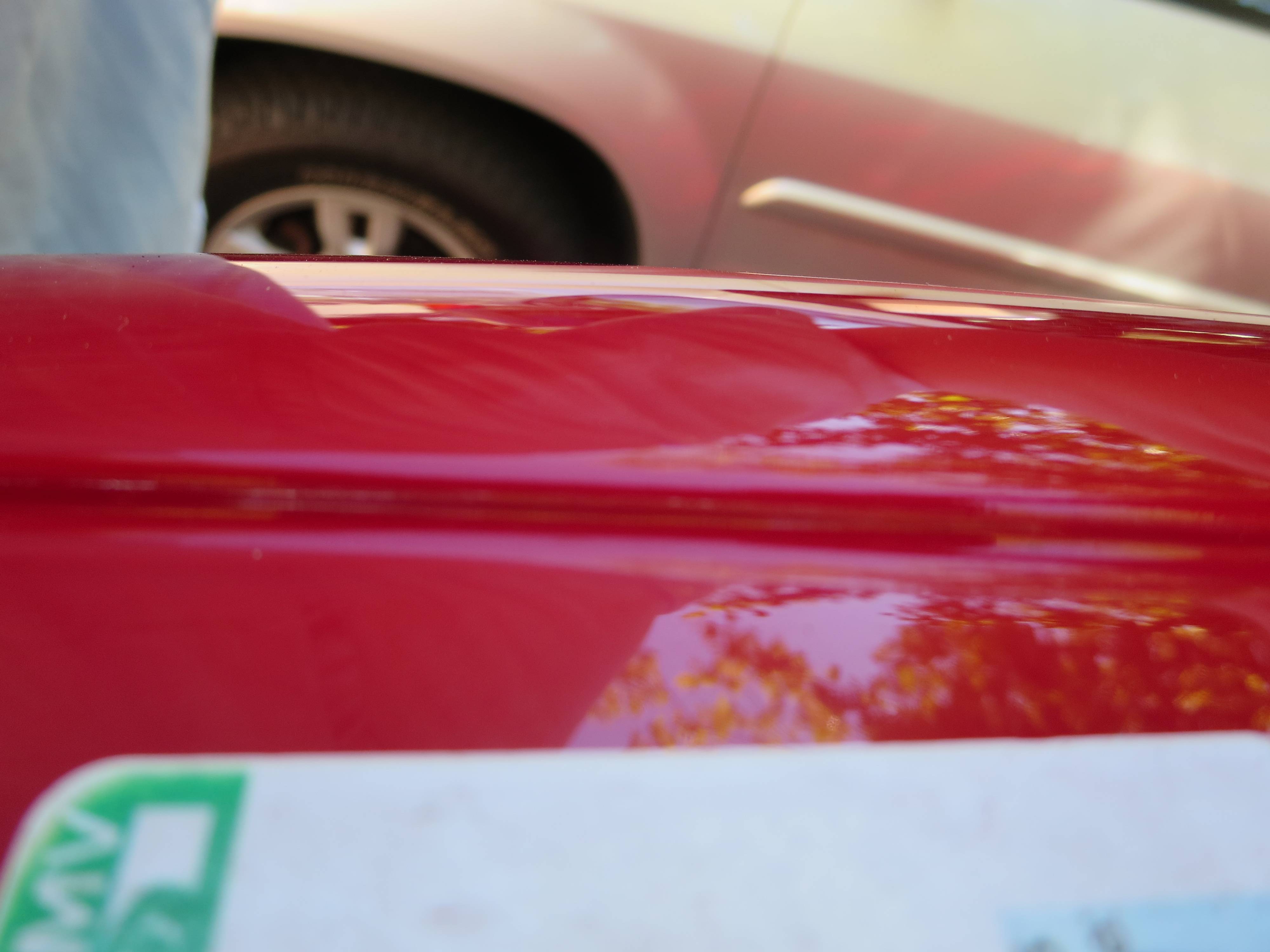 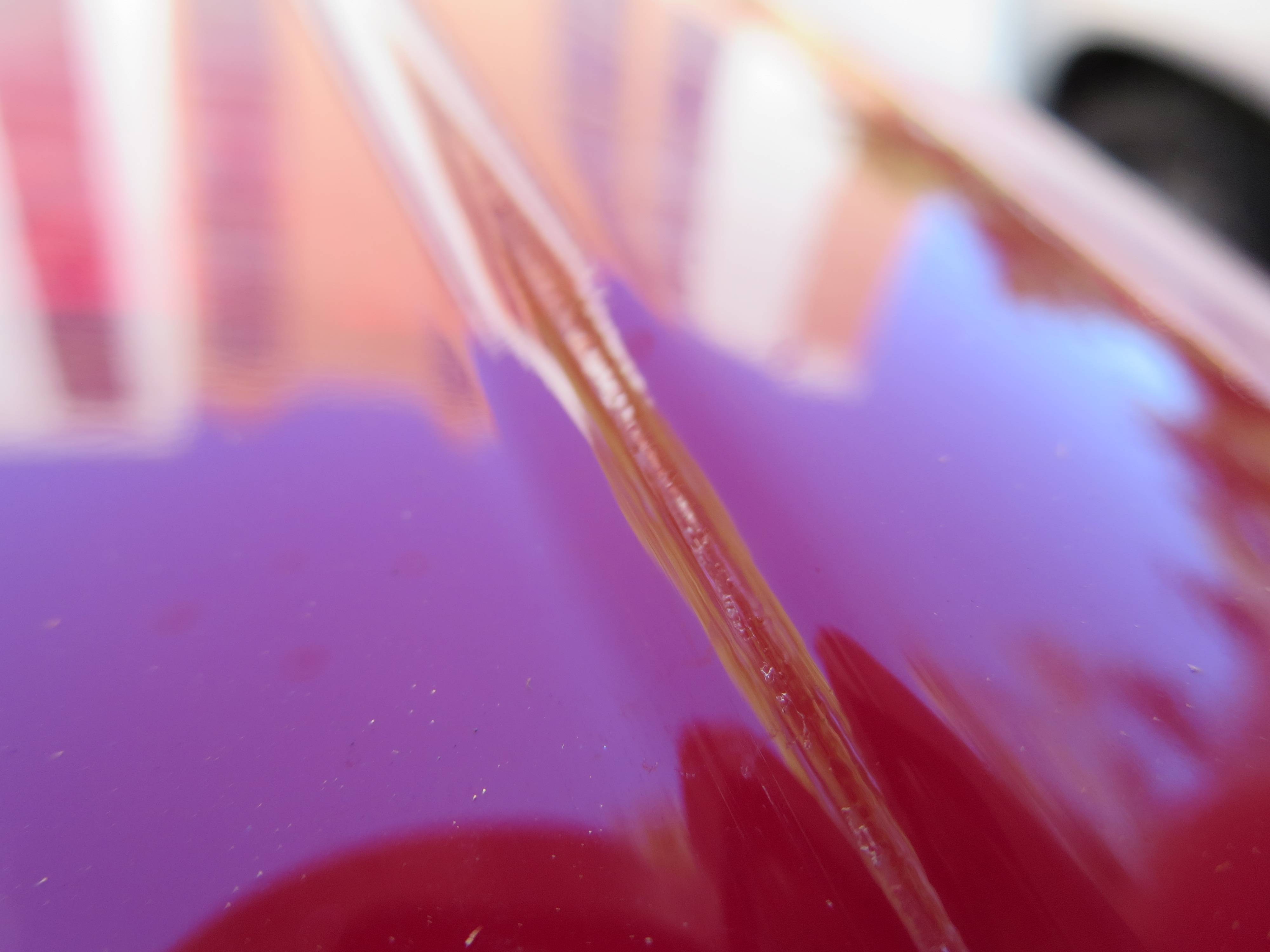 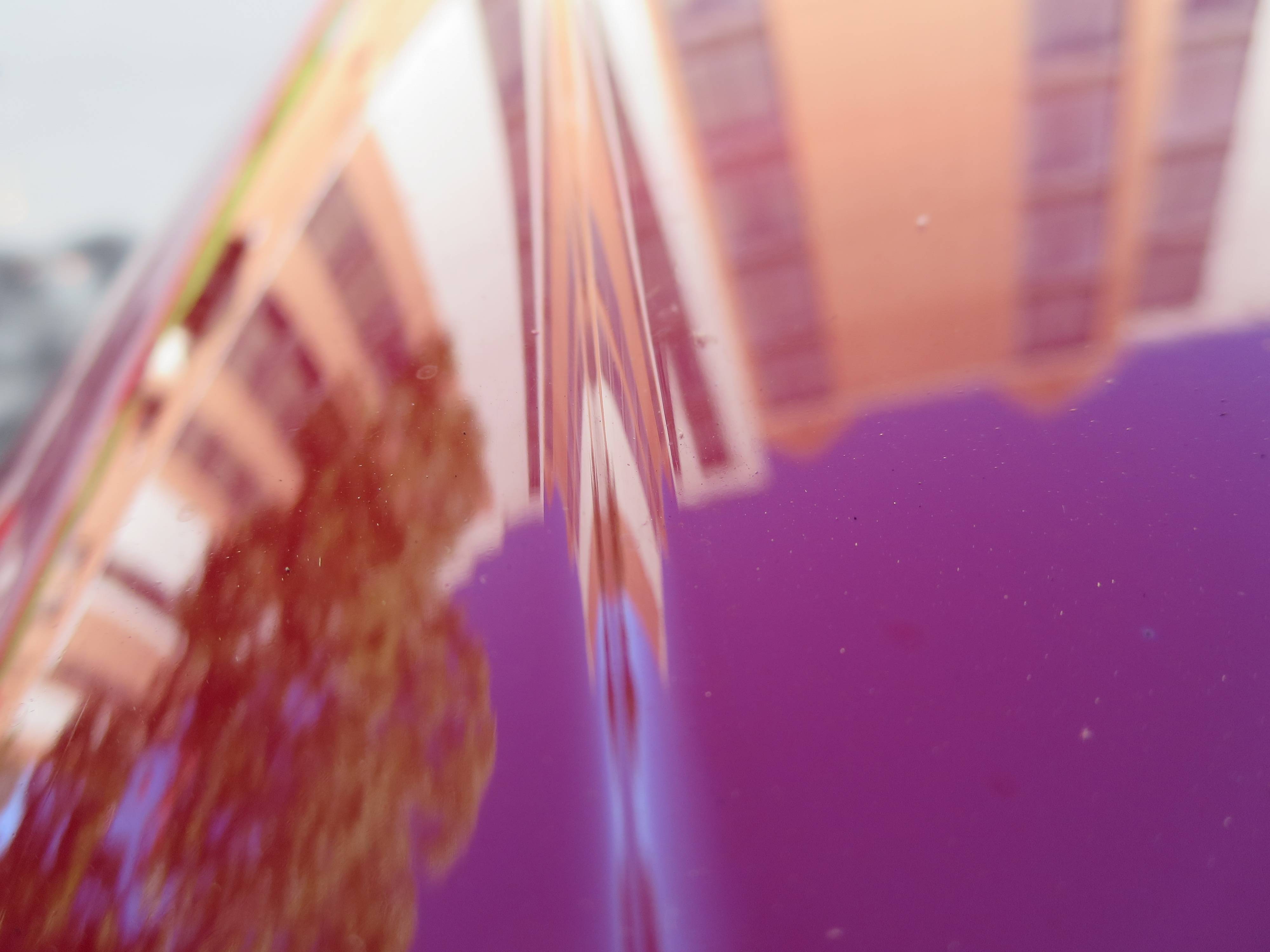 Stopping at a body line or some other feature is a pretty standard trick that body shops use to make repairs cheaper. It's less work for them because they don't have to worry about blending in the paint finish and texture as much. Since it's on the inside of the roofrack, it isn't really noticeable on that seam. Someplace like the middle of the hood would be very easy to spot anything less than a perfect match. In your situation, some people wouldn't ever even notice it, others wouldn't care that much, and some people complain and make the shop do it correctly but those people are a definite minority which is why body shops do it.

So if it doesn't bother you, ignore it and you'll probably forget it was there. If you think it's noticeable enough that in a few years when you sell the car that this could turn off potential buyers, then you should get it fixed correctly.

Not the answer you're looking for? Browse other questions tagged paint body-work or ask your own question.

2
Is shop paint visibly different to factory paint?
7
Paint is cracking and showing lines, like dried mud
11
What are these dots on my roof?
9
Why did my clear coat turn out matte instead of glossy, and how can I fix it?
8
What is the procedure to fix vehicle roof paint inexpensively?
9
How major are these paintwork & rust problems?
1
Removing Running/Melting Substance From Car