I've got a 2016 Toyota Corolla LE and a couple days ago I ran over a dead animal. Smaller than a deer, larger than an opossum, praying it wasn't a dog. The car in front of me that was going about 60 mph ran over it too and it left no time to slow down and someone next to me so I couldn't swerve out of the way. Had to take it head on. It went straight under the car, didn't touch the bumper, but a very noticeable bump non-the-less.

Afterwards, there was this rattling somewhere in the middle of the car when accelerating or going over certain patches of road with small bumps. When I got to my destination, I checked under the car and noticed the attached picture (looking from driver front, to passenger rear). There is now what looks to be a beam that got heavily dented (red), and it looks like it snapped away from the bolt securing it (green). 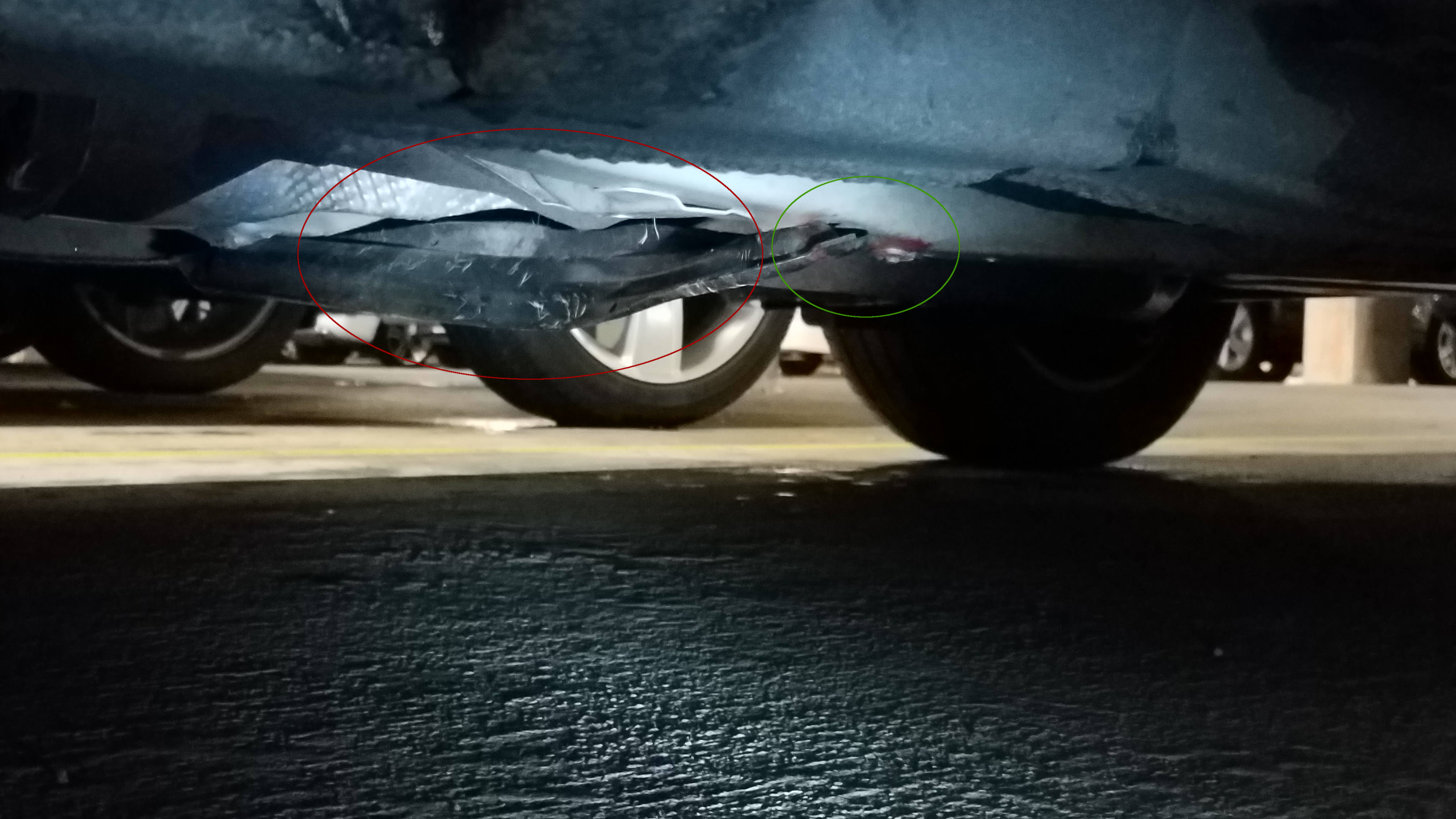 I scoured the internet for diagrams, parts, similar scenarios, tutorials, anything that would help me identify what this part was but have thus far come up empty. Can anyone help me identify what part this is and approximately how much it should take to fix this? Unfortunately I can't DIY this one as I am about 300 miles away from home and don't want to risk the drive back without having this fixed.

The piece you see there is just a support member. It's not terribly important. It can be seen in the picture below as the piece directly in the middle across the exhaust. For other than the rattle there shouldn't be anything dangerous about it and driving the car home and diy-ing isn't a problem. 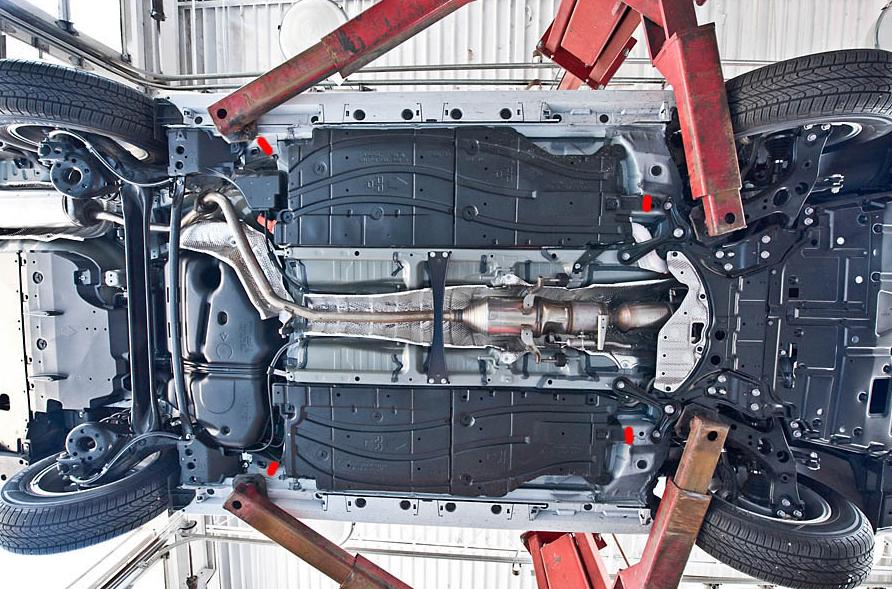 Not the answer you're looking for? Browse other questions tagged corolla underbody or ask your own question.