Stuck wheel bolt, how to remove?

Noting I’ve tried has even budged it and the bolt is starting to round. I have a 750mm breaker bar arriving tomorrow but I’m concerned the bolt will just round and get stuck.

I’ve already scratch the alloy while bouncing on the end of the breaker and don’t want to do and more damage as they are expensive wheels.

As a supplement to JeremiahD's suggestion, I would also try applying heat. There is some debate as to whether this car is fitted with nuts or bolts - if it's a nut, heat could be applied to the socket/extension bar while a turning force is applied(encourages the socket to establish thermal conductive contact with the nut) thus keeping the flame away from the alloy. Bear in mind that radiated heat may still cause damage to the alloy

If it's a bolt, heat would be best applied to the back of the bolt rather than the head of it. For this you'd need to get under the car and have a look to see whether any part of the bolt is visible, or whether anything can be removed or have a hole drilled to grant access to the threaded end of the bolt

Failing these, boning up in your metal drilling technique and using a high quality drill bit, you may find it faster to drill a succession of small holes in the head with the aim of weakening the part where the head joins the shaft, shearing the head off then using heat and grips to extract the remaining stud

1) Select a socket that is a hexagon shape with what looks like rounded out corners (as if 6 holes were drilled then the hexagon were cut between them) like this: 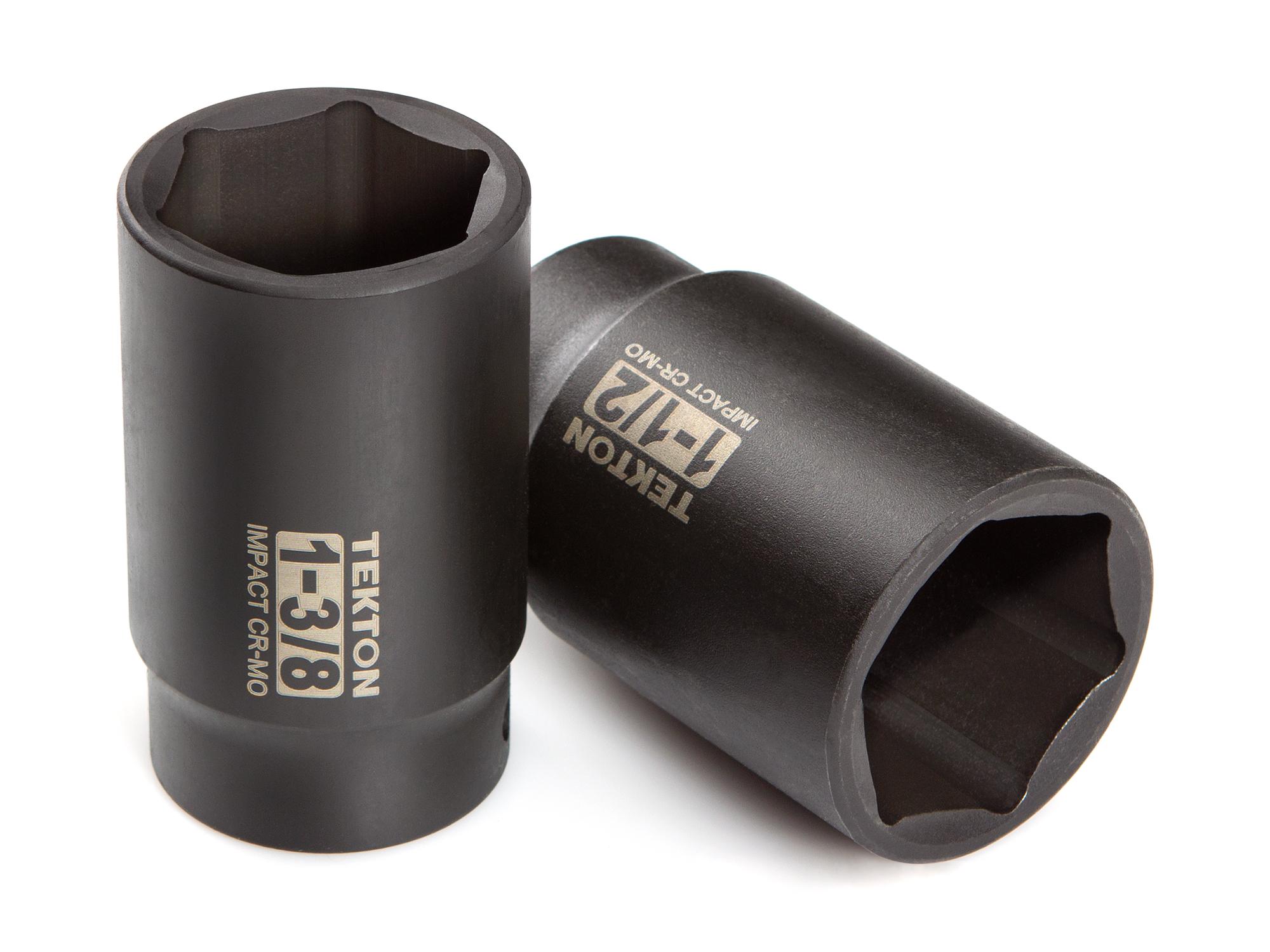 These are much less likely to round a nut than straight hexagon or (worse) 12 pointed sockets (a hexagon overlaid on another hexagon). The reason for this is the rounded corners apply force not to the points of the hexagon on the bolt, but a few mm away from the point, where the bolt head is stronger. A straight socket applies force directly on the pointy bits of the bolt head, encouraging them to round off

2) ensure that the socket is pushed as far onto the bolt head as possible, especially if it has already started to deform. Use a hammer to knock it on if necessary

3) take your hydraulic jack and jack it up til it is supporting the head of the breaker bar (where the bar turns 90 degrees). Broker bars and sockets must extend away from the wheel some way before they turn 90 degrees to become a lever. If the distance they run before they turn is great (like 6 inches) then the downward force you apply to the bar will attempt to bend the bar downwards off the nut. By supporting the bar where it turns 90 degrees you stop this from happening and convert all the force you apply into a rotational one. If the breaker bar were a T shape and you pulled one side up while you pushed the other side down, it would also relieve this problem. Most breaker bars are poorly designed and extend too far away from the wheel, encouraging your downward force to bend the bar off the nut

4) make sure the breaker bar is as horizontal as possible; the more vertical it is the less torque your downward force is applying, as the turning force applied by a vertical weight is a factor of the horizontal distance between the bolt head and the force

IDk if you want to do this but you could take a torch to it and that might heat up the nut and expand the molecules enough to break whatever is holding it on. Slowly apply heat while using the breaker.

If it is that bad - then the easiest method that won’t cause damage , if done correctly, is to drill it out.

I would make a metal shield to protect the ally wheel and a drill-guide to make sure the drill does not slip . You will also need to control the depth of cut but that is easy to work out using one of the other wheel bolts and it's head (or wheel nuts and the stud)...

One of the wheels on my car was damaged by someone else drilling off a locking wheel nut... who did not take precautions...

And you may find a 6point or hex socket ie hammer gun type may still work on the bolt...

Not the answer you're looking for? Browse other questions tagged wheels wheel-lugs or ask your own question.

20
Wheel stuck or fused to drum
15
Does using an impact wrench instead of a breaker bar prevent damaging to nuts or bolts?
6
How to measure a vehicles wheel bolt pattern?
23
Grease on wheel bolts or not?
1
How do I remove this wheel bolts cover
4
How to Remove Volkswagen Jetta 2007 Wheel
0
How to remove wheel from boot
1
broken lug bolt - nut still on - can't remove wheel